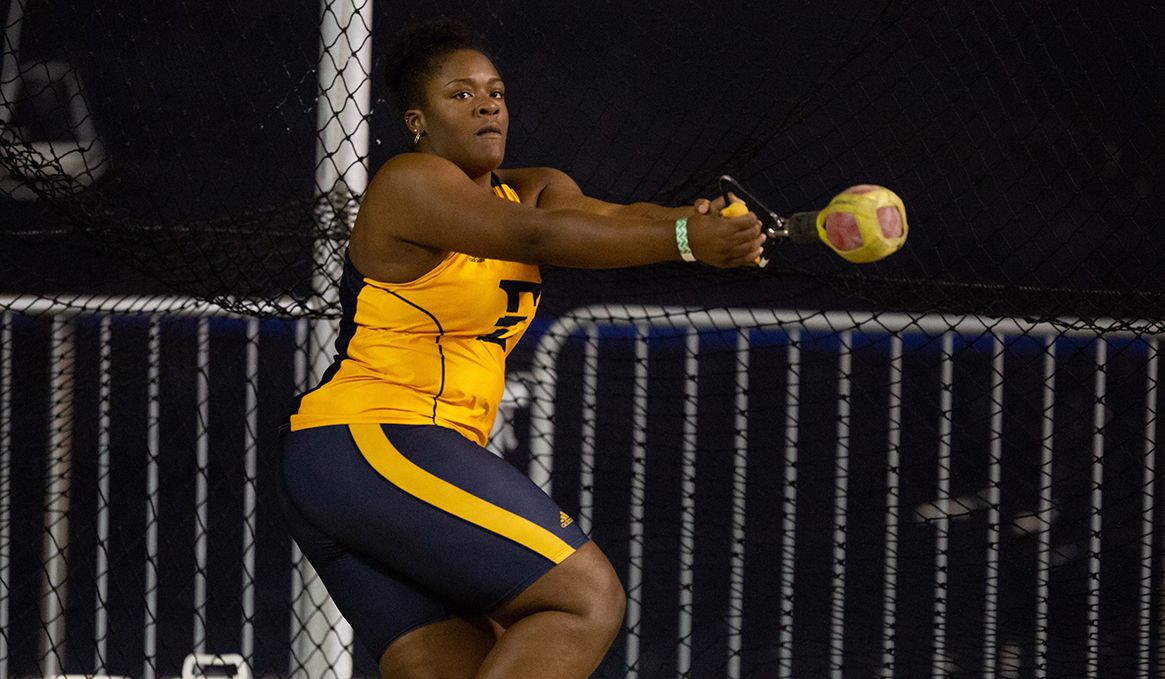 WINSTON-SALEM, N.C. (Feb. 8, 2020) – After sending a small crew of athletes to the Camel City Invitational in Winston-Salem on Friday, two stayed for Saturday’s festivities in the final day of throws of the weekend event.

With the majority of the athletes competing in Friday’s events, ETSU held two throwers back to compete in the shot put. Both Atlantis Warren (Memphis, Tenn.) and Symphony Buxton (Knoxville, Tenn.) competed in the weight throw yesterday, the latter earning a spot at the top of the podium after tossing for 18.01m on her final throw. Warren placed in the top half of a deep field with her 13.32m best mark.

The two looked to keep the momentum of their Friday evening competition into the shot put. Buxton, who came in with the ninth best mark in the event and sixth best of those attached to a school, followed up her first-place performance with a throw of 12.85m, a mark proving good for ninth place. Warren looked to improve on her personal record of 11.82m set at the opening event of the season. The junior fell just short of that mark, finishing with a 18th placed, 11.50m toss in the field of 44.

Competing in their third straight meet, the runners were brought to build reps and face strong competition in preparation for the conference indoor meet just two weeks away.

Schwarz finished with the best time of the ETSU runners, posting a 5:03.13 time to place eighth in the event. Finishing just over a second later, Stallworth finished in a time of 5:04.96 to grab 13th in the event, while Shaw’s time of 5:11.44 was good for 23rd in the 71-athlete field, fourth best mark of runners in the SoCon.

The Bucs are back in action and will split up next week, a group heading to the Music City Challenge in Nashville while the other group spends their weekend in Lynchburg, Va. for the Darius Dixon Memorial Invitational.