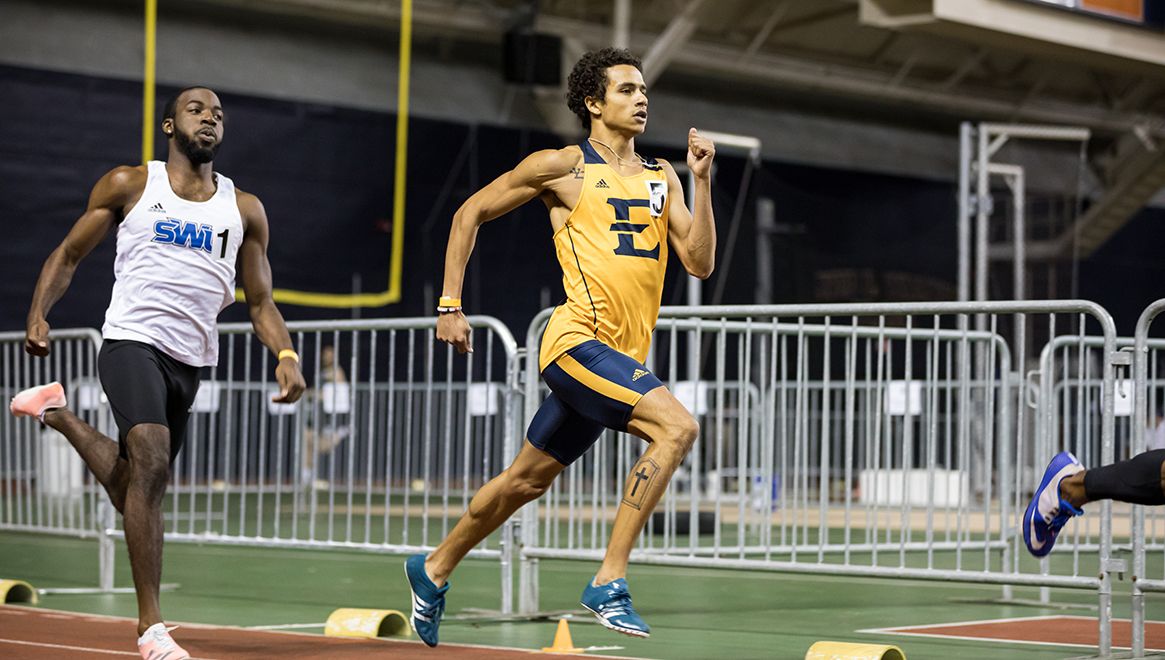 ETSU finishes last week of preparation, head to take on the SoCon Indoor Championships next weekend

JOHNSON CITY, Tenn. (Feb. 13, 2020) – The ETSU track and field team wrapped up their final warmup weekend for the Southern Conference Indoor Championships on Saturday as both the men and women competed across two competitions this weekend.

The distance runners headed to the Music City Challenge in Nashville, hosted by Vanderbilt. After Ben Varghese’s successful performance in the only race for the Bucs on Friday, ETSU Director of Track and Field George Watts grabbed some good performances out of his crew on day two, including a strong showing from an underclassman in Miguel Parrilla.

“We had a very good day in Nashville as the entire group ran personal or seasonal bests,” said Coach Watts.

The Bucs were busy in Lynchburg, Va. as well, competing in events all day while receiving some positive performances on both the track and in the field heading into conference championships next weekend in Lexington, Va.

“The highlights at Liberty included Aliyah Hill in the long and triple jump, Brittney Griffith in the 400m and Kennedi Johnson making the final in the hurdles,” stated Watts.

Track Highlights from Day Two of the Music City Challenge

For a full list of results the Music City Challenge and Darius Dixon Memorial Invitational, check the right side of this page.