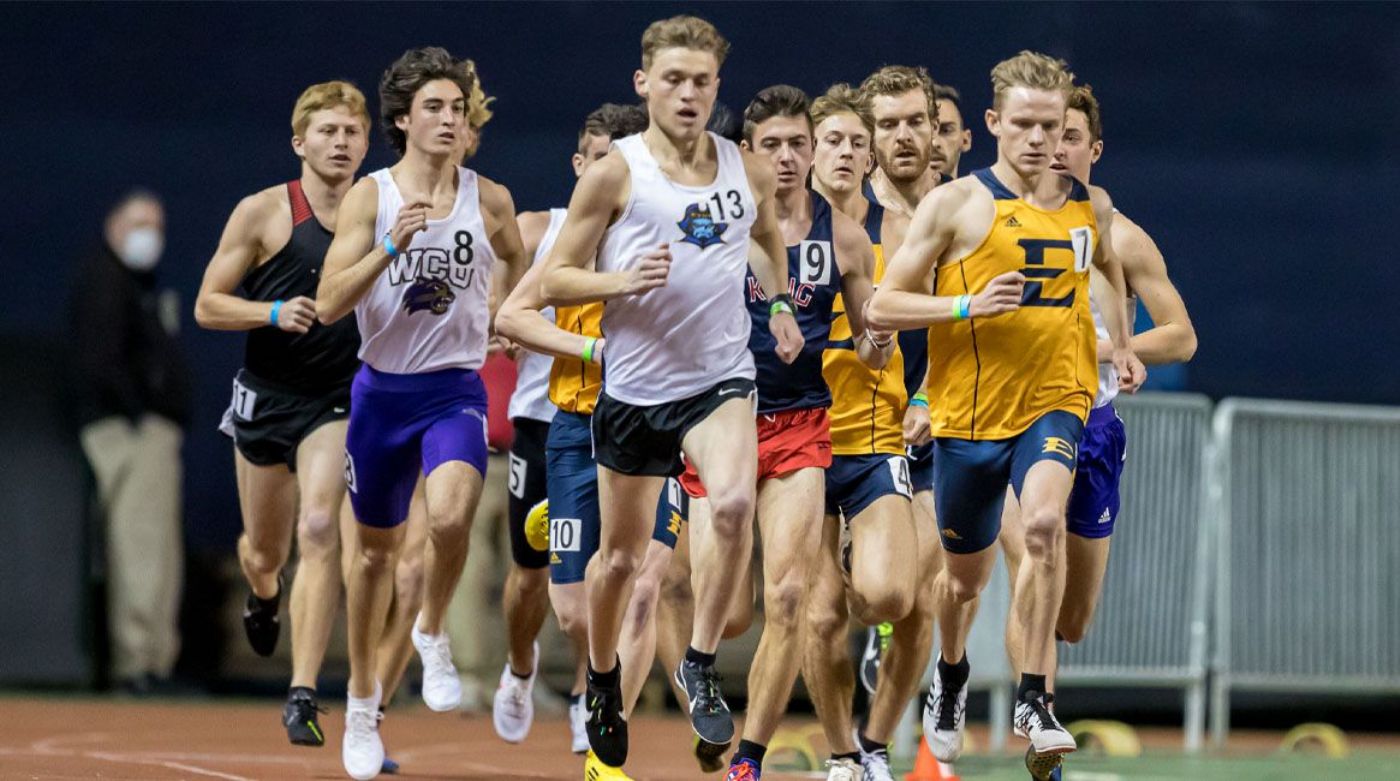 JOHNSON CITY, Tenn. (Feb. 5, 2021) – The ETSU Track and Field team finished the first day of the Buccaneer Track and Field Invitational on Friday afternoon populating the leaderboards, grabbing five top marks in the track events inside the ETSU Mini Dome.

The Bucs were back at home for the first time since this event a year ago, unable to hold their season opener inside the Mini Dome for only the second time in seven seasons after the ETSU Track and Field Invitational in January was canceled.

Among the many highlights, Lindsey Stallworth again topped the list in the mile run for the second-straight meet. After producing wins in the VMI Team Challenge as well, Miguel Parrilla and Matthew Scarr defended their place at the top of the group by winning both the men’s mile and the 800m. Jessica Lord and Gavin Cooper also found the top spot in today’s action, holding the crown in the women’s 800m run and the men’s 3000m run.

On being able to compete at home: "We had a successful first day of three days of competition scheduled between today and Sunday. It was great to get our second meet of the season underway and welcome back our officials, many of whom are Track and Field alum of the program. The format of the Buccaneer TF Invitational is different from meets we host. Today on the track we ran the middle distance and distance events. The sprints and hurdle races will be tomorrow. Each day we'll have a throw and a horizontal and vertical jump."

On the women's team: "The women had a very good day with seven podium finishes including three wins and 15 personal or seasonal bests.  The throwers had an excellent competition by taking 4 of the top six places led by redshirt Margaret Hayden's win.  Mary Brown was just short of her personal best and did a great job to finish 4th in the event.  Finishing right behind Mary with career bests were Atlantis Warren and Alyssa Ceja-Pena."

On women's distance: "I was very happy with the overall effort of the 800m and mile runners.  Lindsey Stallworth remains undefeated for the season with her win in the mile leading a 1-2-4 finish and Jessica Lord improved her season best to win the 800 as they matched the milers with a similar finish."

On the men's team: "The men had strong day with nine podium finishes and 12 personal or seasonal bests. The groups in the events we contested today showed big improvement from our first meet."

On the men's field events: "In the field events we had pleasant surprises from Marcus Evans in the Long Jump with a personal best and frosh Malachi Thomas with a second-place finish and PB as well. Our throwers came through with strong performances in the weight throw as brothers Zach and Spencer Fejeran threw career bests."

On the men's track events: "The mid distance and distance runners came through with three wins including a sweep of the top three spots in the mile and 800m. Matt Scarr looks stronger every time he races and along with Miguel Parrilla in the 800 are undefeated as we reach the halfway point in the season. Gavin Cooper is one of the most improved runners on the distance squad and continues to get better with each outing."

For a full list of results of day one of the Buccaneer T&F Invitational, use the link on the right side of this page.