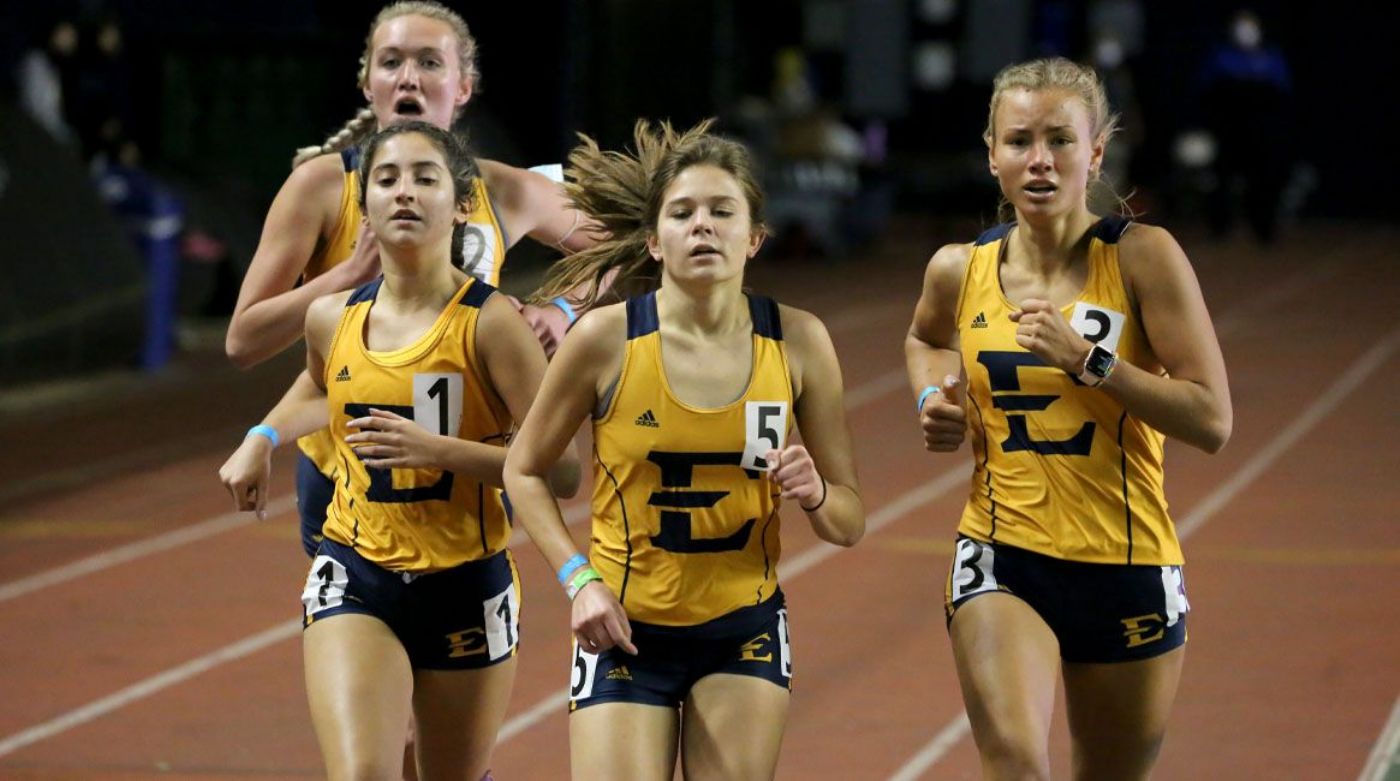 JOHNSON CITY, Tenn. (Feb. 7, 2021) – The ETSU Track and Field team closed their busy weekend of three straight days of action inside the ETSU Mini Dome on Sunday, competing in the inaugural Run As Fast As You Can Track Meet.

ETSU grabbed six top finishes in the day’s event, while more than a dozen personal records were broken by the ETSU Track and Field squad over the course of the day.

On today's event: This meet gave us a chance get some extra work in, run a few people who missed VMI and improve our conference standing as we head into our final meet before the SoCon Championship. The primary goal for the weekend was to improve individually and compete hard on our home track."

On this weekend's results: "I saw a whole lot of that Friday and Saturday as well as today. Our team is much improved because of our competitions. I'm very pleased with the effort of both teams and look forward to continued improvement between now and the end of the month."

For a full list of results of the Run as Fast as You Can Track Meet, use the link on the right side of this page.