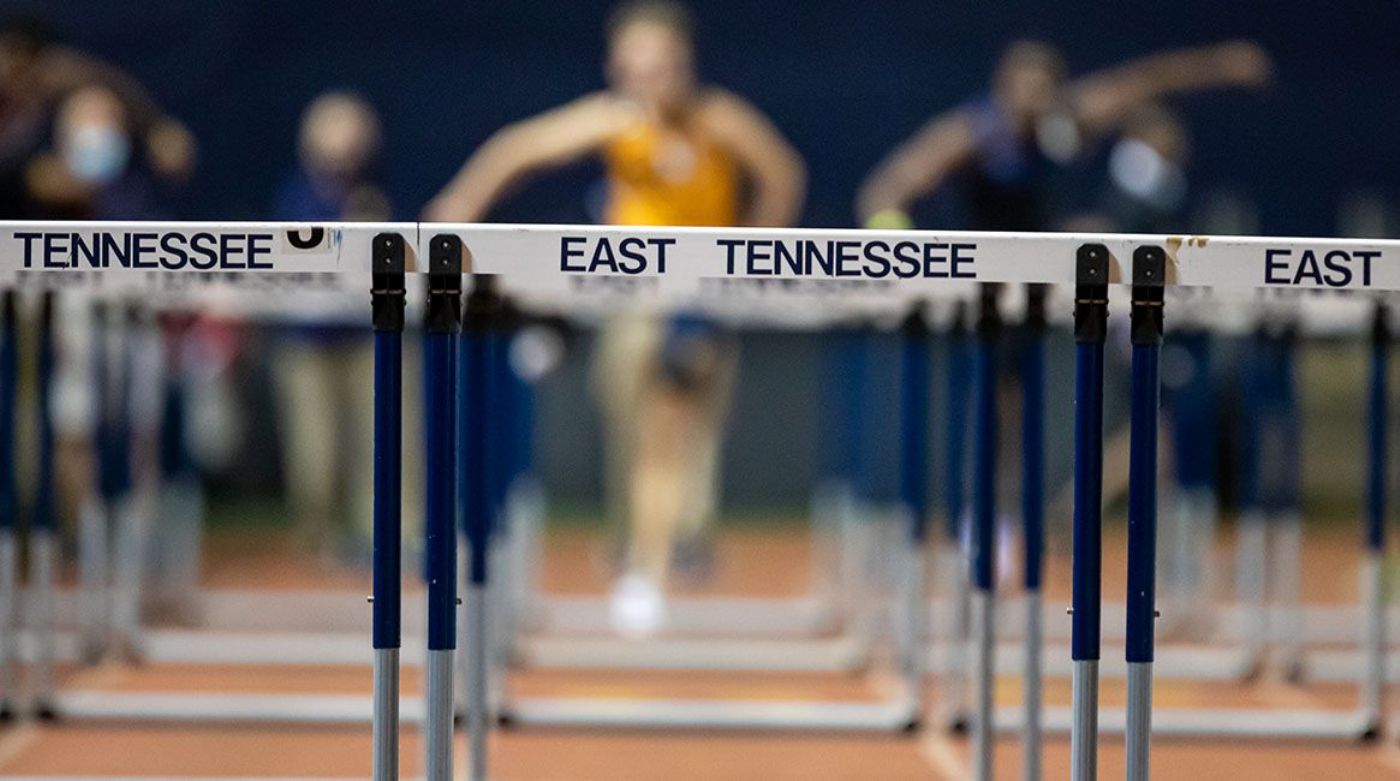 Sprints and jumps travel to Lynchburg, Va. while distance group heads to Nashville for competition

JOHNSON CITY, Tenn. (Feb. 11, 2021) – ETSU Men’s and Women’s Track and Field prepare for a split weekend this weekend, sending groups to both the Music City Challenge in Nashville and the Darius Dixon Memorial Invitational hosted by Liberty.

ETSU prepares in its final tune up before the SoCon Indoor Championships in two weeks’ time. A group of distance runners head to Nashville to take part in the Music City Challenge, while sprints and jumps join together to represent the Blue and Gold in Lynchburg, Va.

The Blue and Gold compete with 11 entries at the Music City Challenge. Lindsey Stallworth looks to continue her strong start in the indoor season, challenging the field in the 3000m. Makayla Shaw joins her, while Jessica Lord and Genevieve Schwarz are set to compete in the 800m and mile. Evan Guzman enters in two competitions, both the mile and 800m. Gavin Cooper also joins in the mile while Miguel Parrilla is set for the 800m. Matthew Scarr, Myles Stoots join Cooper in the last race on Saturday in the 3000m run.

The Darius Dixon Memorial Invitational is in its seventh straight year of competition. Darius Dixon was a promising sprinter at Liberty entering his freshman track & field career in the 200 and 400m dash. Two days after his collegiate debut, Dixon was tragically killed in a car accident at the age of 18. Liberty has held an annual meet in honor of him since.

Nicole Johnson returns to action, slated for the 60m dash and the 200m dash. The fastest woman in the SoCon last year, Johnson is back after a week without competition as ETSU hosted three straight days of action inside the ETSU Mini Dome. Lindsay Cooper also highlights the group of sprinters, having won a trifecta of events at the inaugural Run As Fast As You Can Track Meet the Blue and Gold hosted on Sunday. Mekayla Brown leads her fellow jump squad into action, competing in both the long and triple jump.

Four men are competing at the Darius Dixon Invitational. Malachi Thomas looks to build off his 2.01m performance in the high jump at the Buccaneer Track and Field Invitational on Friday, competing in the same event this weekend. Isaiah Mills is set for action in the 200m and 400m dash, while Kameron Walsh (500m dash) and Marcus Evans (long jump) also are set to make the trip.

The Darius Dixon Memorial Invitational is slated for an 11:00 a.m. start, while the Bucs begin at 8 p.m. in the mile run on Friday at the Music City Challenge.

NO FANS OR SPECTATORS WILL BE ALLOWED INSIDE THE COMPETITION DUE TO COVID PROTOCOL.