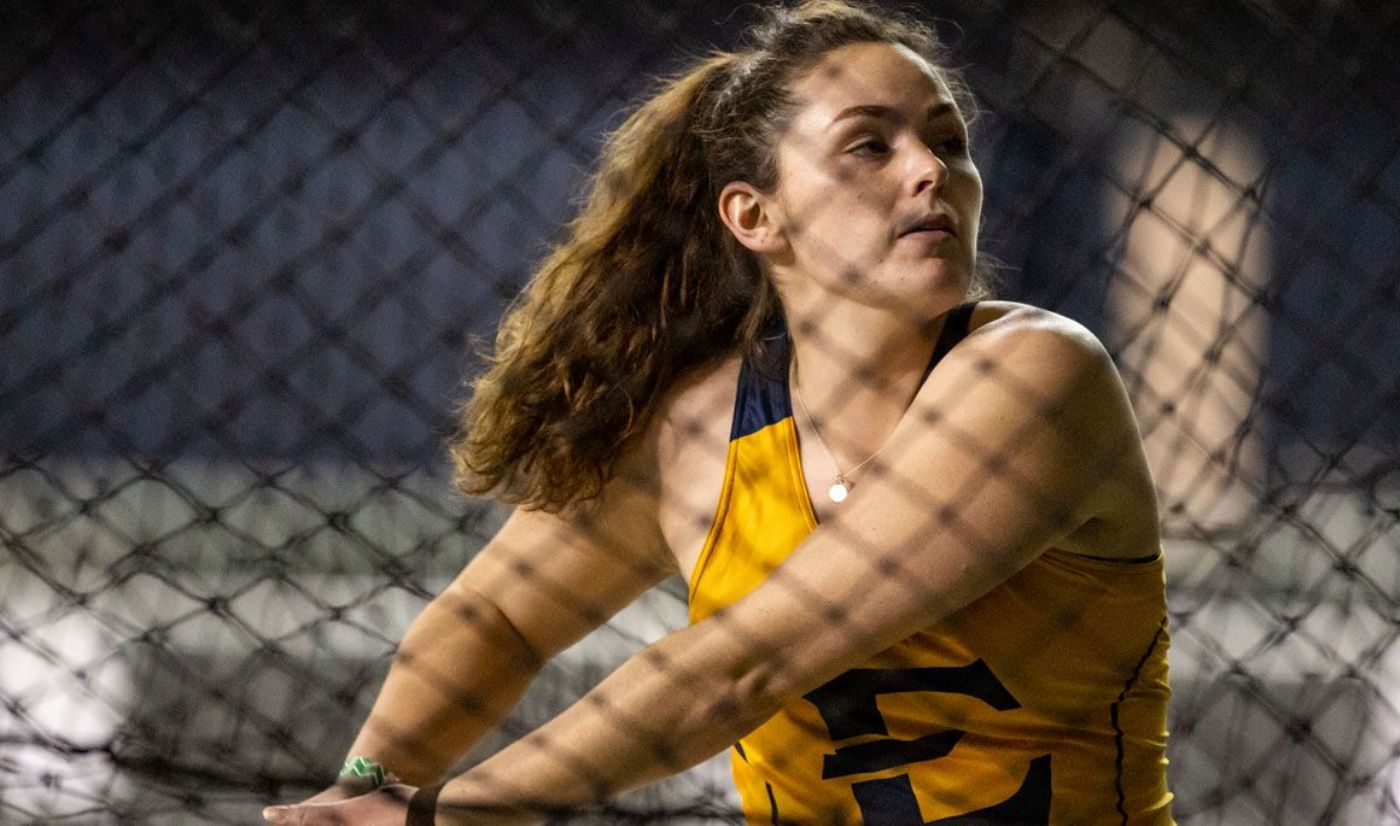 With the ETSU men’s and women’s track and field teams making their outdoor season debut at the Charlotte 49er Classic on Friday, Hayden took down a record that stood for nearly 11 years. The Buccaneer senior thrower broke the school record in the women’s hammer throw as her heave of 50.40m bested Zachlynn Blackburn’s mark of 50.11, which was set on April 2, 2010 at the Liberty Invitational.

Hayden, whose previous best mark in the event was 48.73m, finished fourth in the hammer throw on Friday.

“We had a good first day of the Outdoor Track & Field season with a new school record by Margaret Hayden in the women's hammer throw,” said ETSU Director of Track & Field George Watts. “Margaret has been looking forward to the start of the season for a long time, and what a great way to get it started. Congratulations to Margaret... I look forward to seeing her have continued success this outdoor season.”

In men’s hammer throw, Zach Fejeran (Tazewell, Tenn.) set a personal best with a mark of 40.21m in his second-to-last throw of the event. Fejeran’s previous best came at the 2019 Southern Conference Championships with a throw of 36.03m.

“Zach Fejeran threw a personal best to get him into the finals, and like Margaret, it’s a good way to start the season,” said Watts. “It's always significant when you can advance to any final and something to get used to.”

A trio of Buccaneers made their collegiate debut in the hammer throw on Friday night. On the men’s side Noah Shelton (Gray, Tenn.) had a toss of 36.59m and Spencer Fejeran (Tazewell, Tenn.) posted a mark of 34.88m, while Anna Moore’s (Knoxville, Tenn.) first throw went 36.38m.

“Noah, Spencer and Anna threw the hammer for the first time in collegiate competition, and they will continue making good progress as the season continues,” said Watts.

Earlier in the day, the meet started with the heptathlon and Kennedi Johnson (Nashville), Britney Griffith (Kingsport, Tenn.) and Marissa Schalk-Salmeron (Granite Falls, N.C.) represented the Blue and Gold in the multis.

“Our three heptathletes had some good events,” said Watts. “Kennedi can get close to her personal best with a solid day tomorrow. Britney and Marissa are competing in their first heptathlon and need to work hard tomorrow in the final three events.”

Day two of the meet gets underway Saturday morning with the conclusion of the heptathlon at 10 a.m.

“Although, conditions were not ideal today, and it will be a little chilly tomorrow, we still need to have strong competitive efforts throughout the day,” said Watts.

Live results of the meet can be accessed by clicking here.

For more information on Buccaneer men’s and  women’s track and field, visit ETSUBucs.com.