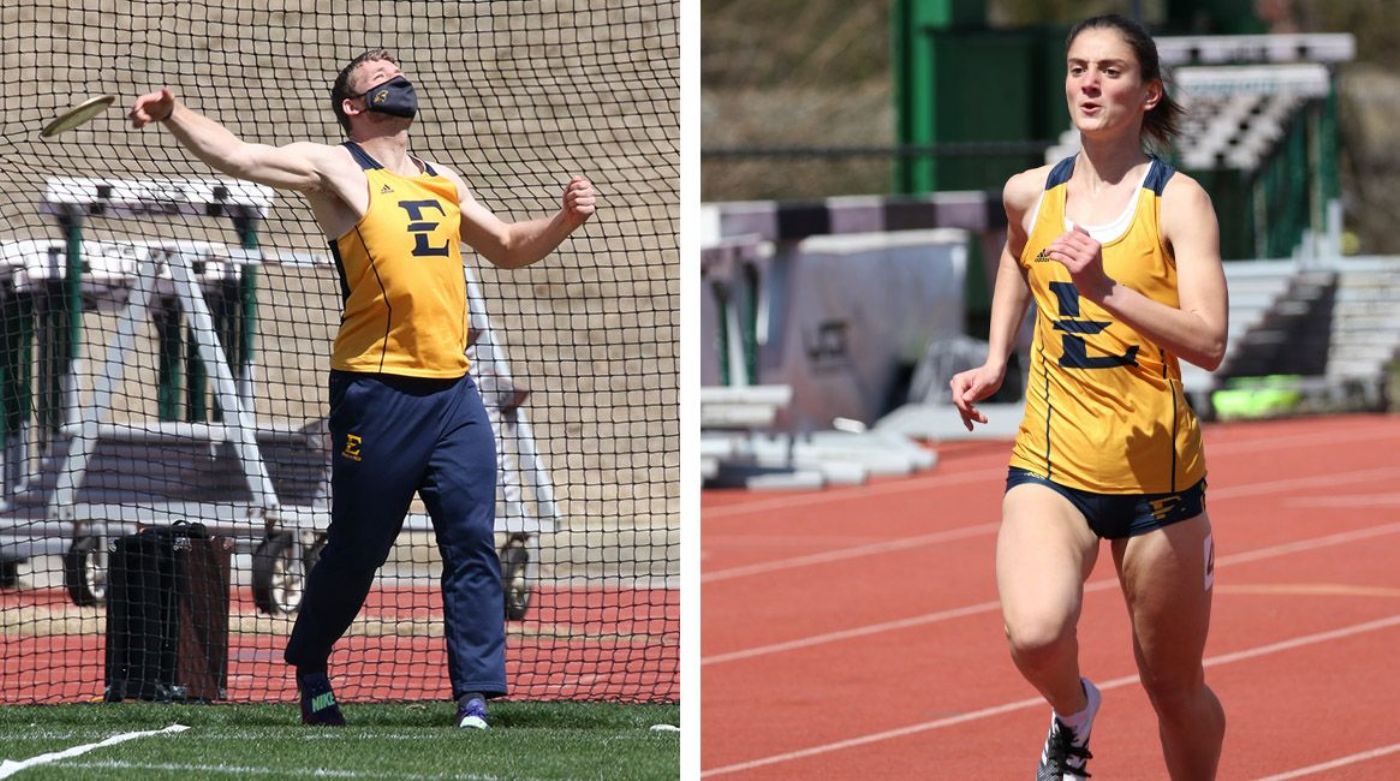 JOHNSON CITY, Tenn. (April 2, 2021) – The ETSU track and field team continued a busy weekend, concluding the VertKlasse Meeting in High Point while competing in the opening day of the UAB Spring Invite.

The Bucs closed out the day’s competition in remarkable fashion, five women competing and placing in the top 10 of the women’s 800m dash. The Blue and Gold were led by Julia Karsten (Old Hickory, Tenn.), who secured a personal best time of 2:15.36 in her second-place finish. Just over a second off her teammate, Lindsey Stallworth (Knoxville, Tenn.) followed just behind for third, crossing the line at 2:16.83 to also record a personal best in the event. Heather Feuchtenberger (Elizabethton, Tenn.), Genevieve Schwarz (Oak Ridge, Tenn.) and Colbie Williamson (Clyde, N.C.) followed the duo by going 7th-8th-9th to flood the top of the leaderboard with Buccaneers. Feuchtenberger and Schwarz needed thousandths of seconds to decide the pair, the former edging out Schwarz with a time of 2:18.835 compared to the 2:18.840 time of Schwarz. Williamson’s time was also nearly inseparable from the two, her time of 2:18.97 just over a tenth off the pace of her two teammates.

With the hammer throw being the first event in the second day of action at the VertKlasse Meeting, Mary Brown (Radford, Va.) made her debut in the event with a toss of 46.64m. Her throw gave her a 10th place mark in a field of 28 participants. Atlantis Warren (Memphis, Tenn.) followed just behind her teammate by producing a personal best in the event, tossing a 45.44m mark.

Noah Shelton (Gray, Tenn.) led a trio of Buccaneers in the men’s discus throw, cementing a new career mark with a toss that landed 38.55m. Brothers Spencer and Zach Fejeran (Tazewell, Tenn.) finished right behind Shelton, Spencer recording a 37.20m for the first mark in the event in his collegiate career. Zach also hit a career-best distance, his 35.21m toss edging his previous best of 35.19m set two weeks ago at the 49er Classic.

Hannah Burkhart (Knoxville, Tenn.) participated in both the 400m dash and the 400m hurdles, only an hour separating the two different events on the day. Burkhart finished with a time of 1:02.78 to narrowly miss the mark she set in the indoor season at the Buccaneer Track and Field Invitational (1:01.30). The freshman then scored a time of 1:14.72 in the hurdles portion of the event, debuting in the race in just her second collegiate outdoor meet.

Finishing the field events for the day, it was another meet and another personal record for Brown. After setting the tone to start the day for the Bucs, the junior finished strong with another personal best. Her discus toss traveled 38.63m, surpassing the mark she set at the 49er classic of 37.95m. Warren ended her afternoon with a toss of 33.89m.

With only two events in the opening day of the UAB Spring Invite, Paige Peterson (Alpharetta, Ga.) began her outdoor season in the triple jump. Finishing sixth, Peterson grabbed an afternoon best 11.17m mark on her second attempt. Britney Griffith (Kingsport, Tenn.) also participated, gaining experience in the heptathlon with a 5.70m toss in the shot put.

For full results, check ETSUBucs.com. The final day of the UAB Spring Invite concludes on Saturday, with action set to kick off for the Blue and Gold in the women’s long jump.