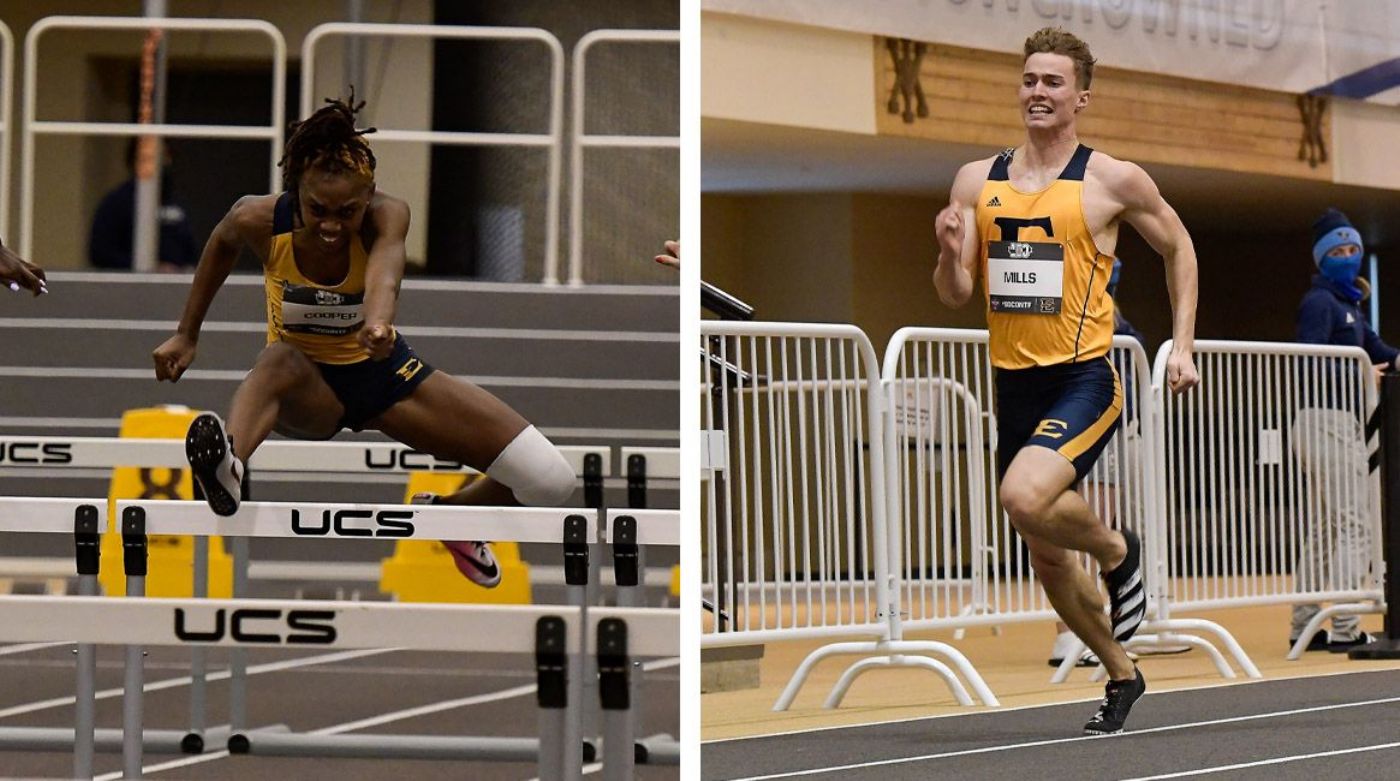 Bucs wrap up their first split meet of the outdoor season

BIRMINGHAM, Ala. (April 3, 2021) – The ETSU track and field team concluded its busy weekend, competing in the third straight day of action in the final day of the UAB Spring Invite on Saturday.

"We had a solid meet weekend at both the High Point VertKlasse Invitational and UAB Spring Invite," said Director of Track and Field George Watts. "Many of our athletes set personal best marks throughout the weekend and more importantly competed hard throughout the three days."

The Bucs warmed up to the UAB Track Complex on day two, earning four individual top-five finishes on the afternoon. After a majority of the squad competed at the VertKlasse Meeting in High Point, N.C. the previous two days, the Blue and Gold sent a small contingent of mostly sprints to Alabama to compete.

Britney Griffith (Kingsport, Tenn.) opened the events for the Bucs on the afternoon, competing in the long jump. Her effort placed her in the middle of the field, leaping for a mark of 4.78m.

With the only field event for the Bucs over with, the Blue and Gold took to the track. Lindsay Cooper (Charlotte, N.C.) began her outdoor season after a stellar freshman indoor campaign, the rookie debuting in the 100m hurdles with a top-five mark of 14.29s. Her pace proved just three tenths off of the leader, securing a positive debut. Griffith recorded her second finish of her busy weekend, finishing with a time of 17.07s.

Johnaida Eliscar (Columbia, S.C.) finished in the top half of a strong 400m grouping. Her time of 58.94s proved just a second off of her personal-best as the junior made her outdoor debut of the 2021 campaign. On the men’s side, freshman Isaiah Mills (Freeport, Fla.) made an emphatic collegiate debut in his outdoor season. The rookie recorded a 49.43s finish, placing him fourth in the event and only a second off the leader. It was his fastest recorded time in the event, having previously finished in 49.87s at the 2021 SoCon Indoor Championships.

The Bucs continued with top-five finishes as Kennedie Carithers (Dacula, Ga.) joined the group with her performance in the 100m dash. Competing in her first outdoor meet of her career, the sophomore raced to a 12.17s finish to round out the first five contestants.

Cooper completed her strong day in the 400m hurdles, grabbing a third place finish. Less than two seconds off the top time, the freshman raced to a 1:03.54 finish. Griffith trailed just behind her teammate, finishing seventh with a time of 1:05.01. The junior bested her time of 1:06.29, set at the 49er Classic two weeks ago.

The Bucs finished their individual competition with the 200m dash. On the women’s front, Eliscar competed in her second event of the afternoon. She was only two tenths off her best time, posting a 26.23s finish. Mills finished his afternoon with a time in the upper third of the field, his 22.47s mark also coming just two tenths short of his career mark.

The women’s 4x400m relay team ended the events for the Bucs. The team of Cooper, Carithers, Griffith and Eliscar posted a time of 3:57.36 to cement a fifth place finish. Cooper’s starting leg led the four with a 55.97s split to open the gates strong for the Bucs.

On notable performances in Birmingham - "We only had six athletes compete at UAB but had some solid performances, especially from Lindsay Cooper. She moved into the ETSU All-Time Top Ten List for the 100m hurdles (5th) and the 400m hurdles (8th). A fine accomplishment for a freshman in her first outdoor meet of her college career. Also, Britney Griffith continues to make good progress in the 400m hurdles as she improved her personal best by over a second."

On team's performance at the VertKlasse Meeting - "We had quite a few more people compete at High Point in some adverse conditions with wind chill temperatures in the mid 30's. The kids competed well as outdoor personal bests were set in the 800m run by Julia Karsten, Lindsey Stallworth and Colbie Williamson. The 1500m PB's were set by Mekayla Shaw, Kiera Snyder and Julia Karsten and on the men's side by Josh Krafsur. The 5000m run saw Julia Foote and Jordan Thomas run career bests to finish off the running events. Our throwers had a good meet, especially on Friday. Personal bests were set by Atlantis Warren in the Hammer, Mary Brown, Noah Shelton, Spencer Fejeran and Zach Fejeran in the discus."

On preparation moving forward - "We have our work cut out for us over the next few weekends as we prepare for the conference championship to be held in only four weeks. The Southern Conference is one of the few that does not contest the championship on what is considered the traditional conference weekend, so we don't have nearly as much time to prepare."

For full results of today’s and this weekend’s events, check the link to the right side of the page.