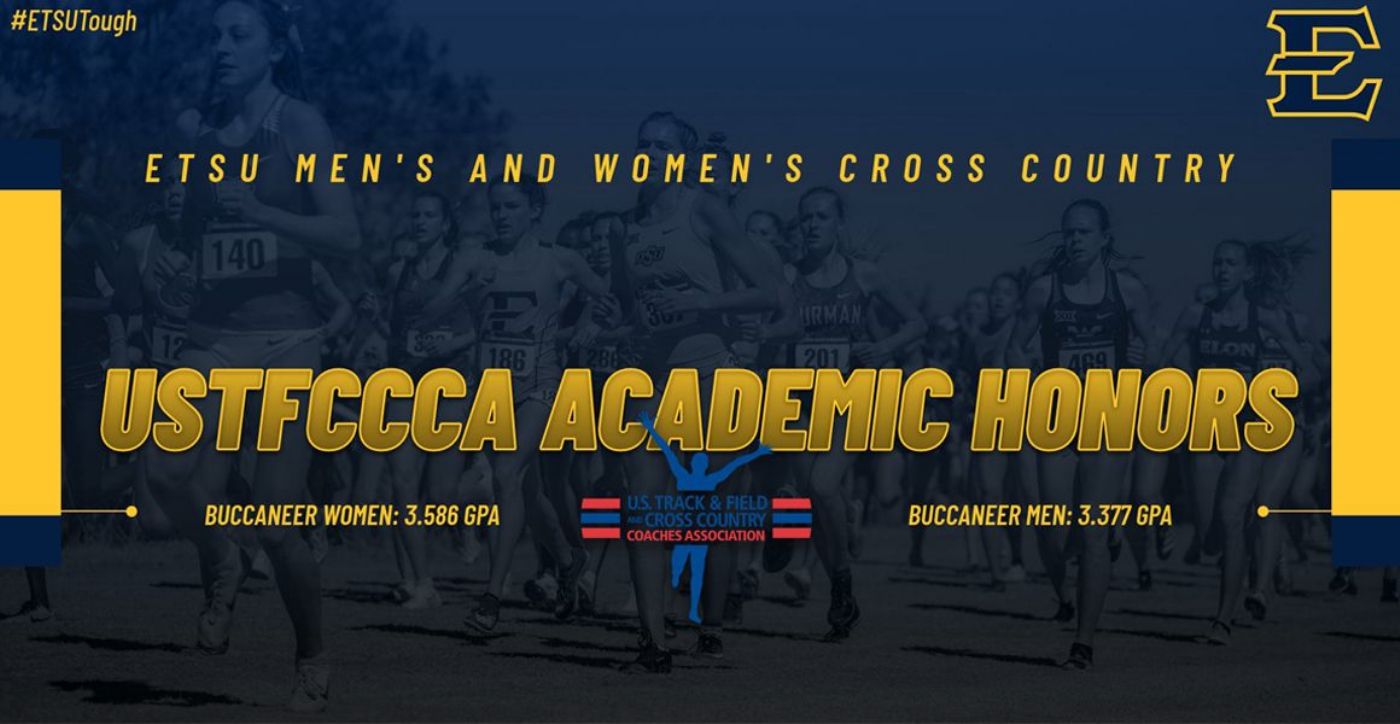 NEW ORLEANS (April 8, 2021) – The U.S. Track & Field Cross Country Coaches Association (USTFCCCA) announced its 2020 all-academic team and individual honors following another successful cross country season.  Both the ETSU men’s and women’s programs and red-shirt junior Lindsey Stallworth (Knoxville, Tenn.) received the recognition for their hard work and commitment on the course as well as in the classroom.

“It's always great to acknowledge the success in the classroom of our student athletes and it’s something to never to be taken for granted,” said ETSU Director of Track & Field/Cross Country George Watts. “Our Track & Field and Cross Country teams have always been in the running for these awards. I think it's important to recognize them as separate women's and men's teams, as I believe each team has something to be proud of.

“Congratulations to Lindsey Stallworth for earning dual honors for her academic and athletic accomplishments. She's certainly shown the dedication it takes to compete and succeed at a high level and remain humble along the way.’

The Buccaneer women posted a team grade point average of 3.586, while the men recorded a mark of 3.377.

Overall, there were 255 women’s teams and 220 men’s teams that received All-Academic honors in NCAA Division I.

In order to qualify for All-Academic distinction, teams must have a cumulative GPA of 3.0 on a 4.0 scale, including the most recent grading period.

Stallworth, a nutrition major with a 3.50 GPA, was one of 269 female Division I student-athletes to receive individual all-academic honors. The reigning Southern Conference champion became the first female Buccaneer cross country runner to earn All-American honors after finishing 38th at the NCAA Championships last month.

In order for individuals to qualify for All-Academic distinction, student-athletes must have a cumulative GPA of at least 3.25 on a 4.0 scale and have either qualified for the national championship meet or finished top-5 at their respective conference championship.