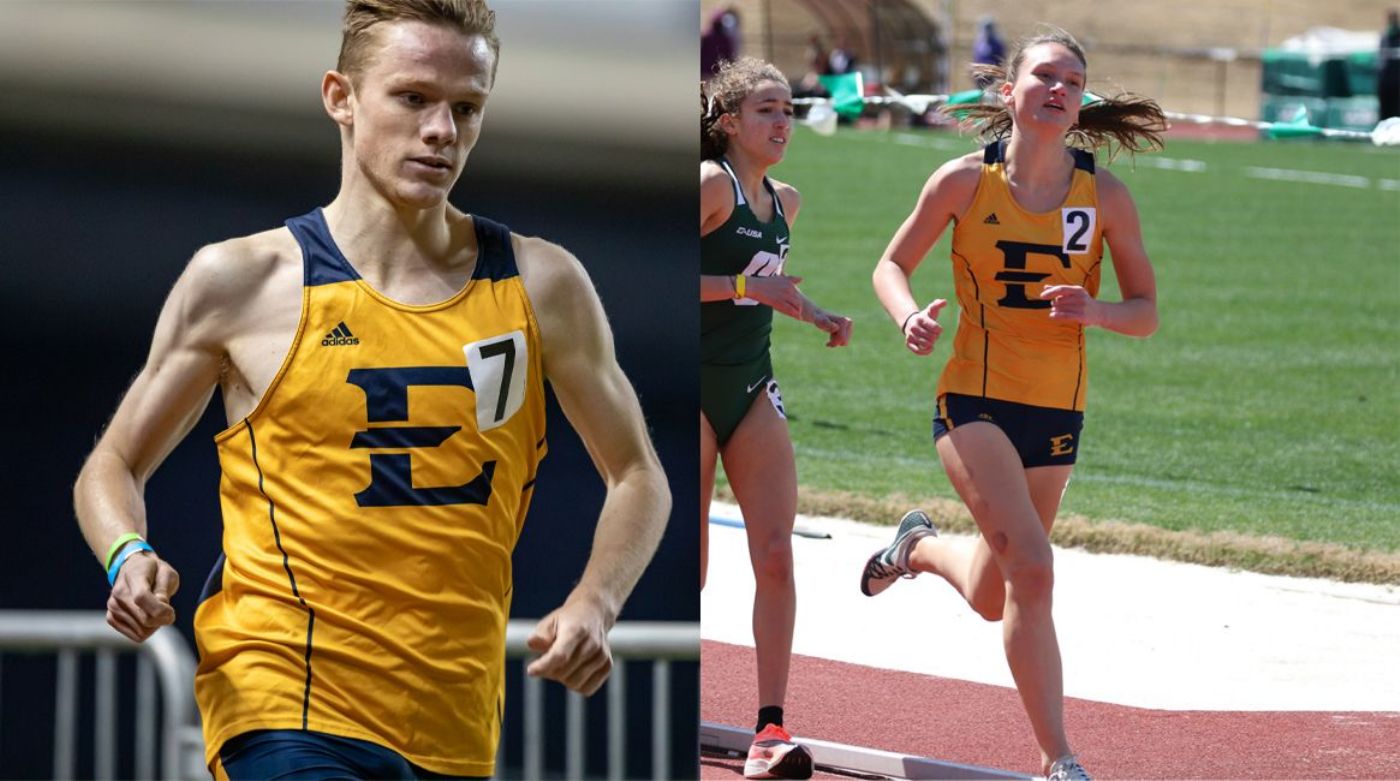 CLEVELAND, Tenn. (May 15, 2021) – The ETSU track and field team sent a group of distance runners to the Lee University Last Chance Invite on Saturday evening, competing for the first time since the Southern Conference Outdoor Track and Field Championships.

Opening Saturday’s events for the Blue and Gold was a trio in the men’s 800m run. Finishing just .17s off his fastest time, Phelani Maduwa (Parys, Free State, South Africa) finished just shy of improving his 46th fastest time in the NCAA East Outdoor Qualifying division with a time of 1:49.72 to lead the Bucs. Miguel Parrilla (Knoxville, Tenn.) took nearly two seconds off his best time, finishing with a time of 1:50.04. The time would enter the weekend as the 63rd fastest in qualifying. Evan Guzman (Franklin, Tenn.) continued his strong freshman season, setting a new personal record with a time of 1:52.83 to round out the group.

Jessica Lord (Morristown, Tenn.) proved only five tenths off the pace of her previous best time in the 800m, securing the fastest time in the event with a finish of 2:10.81. Julia Karsten (Old Hickory, Tenn.) and Colbie Williamson (Clyde, N.C.) finished sixth-seventh with the two finishing with times of 2:15.89 and 2:19.09.

Matthew Scarr (Wamberal, NSW, Australia) concluded his day on a high note, taking more than four seconds off his previous best time set at the Tennessee Relays. His mark of 3:45.82 proved to be the fourth fastest in the event, finding himself just over a second off the top mark of 3:44.48. Guzman raced his second event of the day, crossing the line with a 3:53.20 time, only .12s off his collegiate best. Josh Krasfur (Fort Collins, Colo.) rounded out the trio with a new personal record of 3:54.48, knocking two seconds off his previous best.

In the penultimate event for the Bucs, two runners competed in the women’s side of the 1500m. Genevieve Schwarz (Oak Ridge, Tenn.) finished just ahead of her teammate with a time of 4:39.35, while Kiera Snyder (Clyde, Mich.) completed the race just over a second off her collegiate best time with a 4:44.50 finish.

Myles Stoots (Mobile, Ala.) concluded the day’s action, competing in the 3000m steeplechase. The freshman finished in a time of 9:31.40, ending the day for the Blue and Gold.

A group of sprinters, jumpers and throwers make their way to Greensboro, N.C. tomorrow for the second of two straight days of action and the lone day of action at the Aggie Classic Twilight hosted by North Carolina A&T.