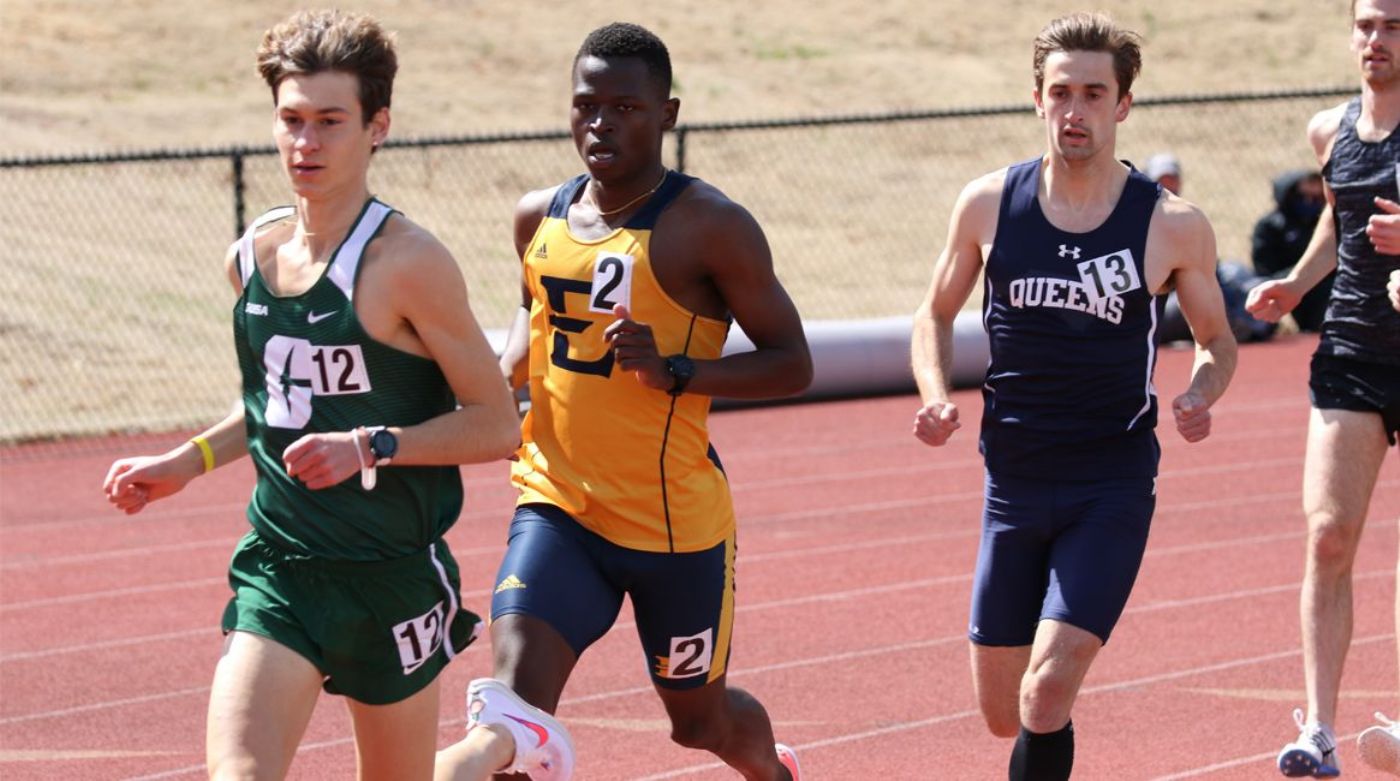 JOHNSON CITY, Tenn. (May 25, 2021) – With the NCAA East Preliminary Round taking place in Jacksonville, Fla. this weekend, Phelani Maduwa (Parys, Free State, South Africa) looks to represent the ETSU track and field team in his first season donning the Blue and Gold.

The sophomore enters into the opening day proceedings in Florida, qualifying in the 800m run. His time of 1:49.55 at the Tennessee Relays in early April stamped a place in the event, qualifying with the 43rd fastest time of the competitors in Wednesday’s events.

"Phelani is looking forward to his first round race tomorrow," said Director of Track and Field George Watts. "If he runs a tactically sound race he has a strong chance of advancing to Fridays quarterfinal heat. The waiting around is sometimes the hardest part at a championship meet setting but Phelani has shown he can prepare for such an event."

Maduwa is set to compete in the sixth heat of the 800m at 7:50 p.m., with the top three from each heat plus the next six times advancing to the quarterfinals set to be held on Friday, May 28th. The top three times of each quarterfinal along with the next best three times will be selected to make the trip to Eugene, Oregon for the NCAA Championships.

Fans can follow along with live stats, or watch the live video being provided by North Florida. Follow along the ETSU Track and Field Twitter account or visit ETSUBucs.com for links, heat sheets, results, etc.