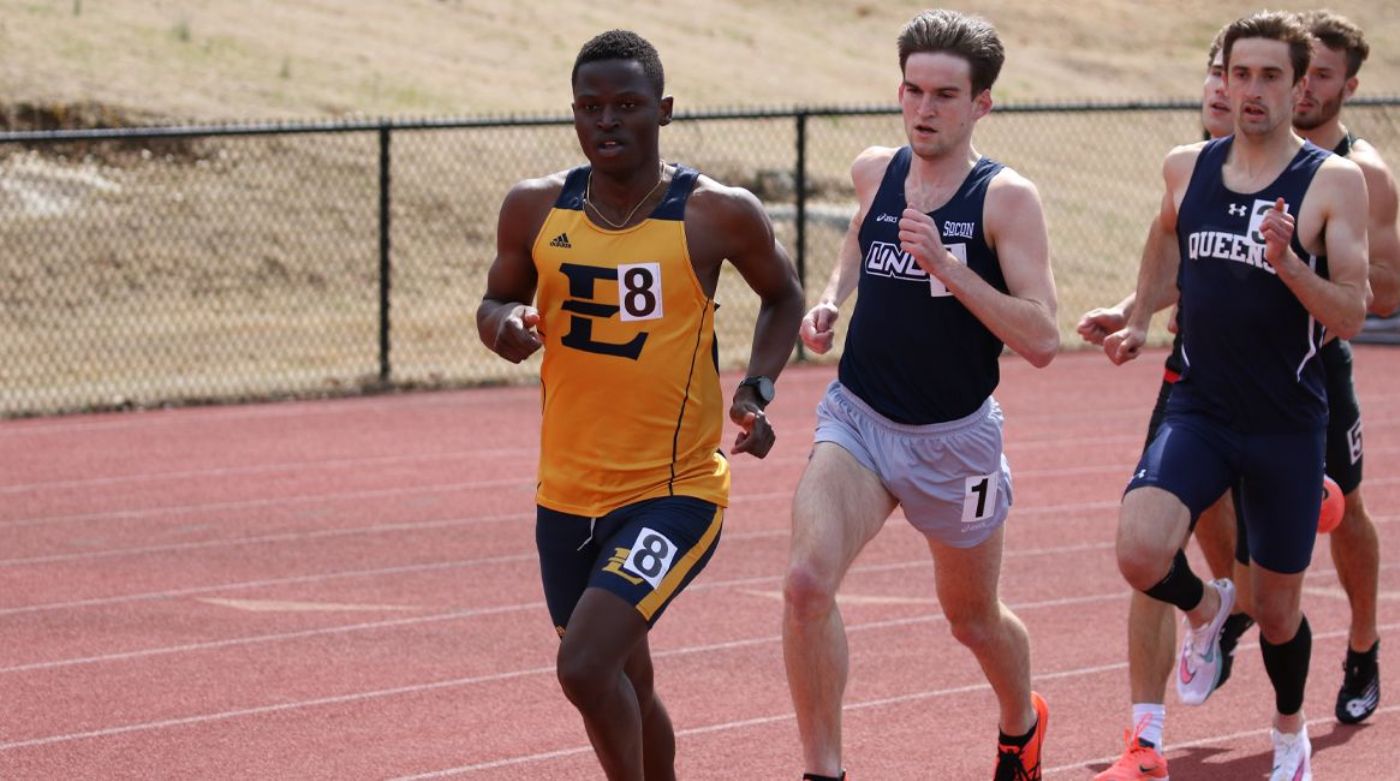 Maduwa's time falls .02s short of a trip to the quarterfinals

JACKSONVILLE, Fla. (May 26, 2021) – Being the final athlete to compete for ETSU track and field this season, Phelani Maduwa (Parys, Free State, South Africa) can hang his head high as the sophomore concluded his outdoor campaign on Wednesday evening at the NCAA East Prelims.

The first year Buccaneer competed in the men’s 800m run at 7:50 p.m., finishing 23rd with a time of 1:49.86. The race was tightly contested in the sixth heat, the top three automatically qualifying to the next round on Friday.

After pacing himself in the middle of the pack the first three quarters of the race, Maduwa made a late run on the homestretch. The final 100 meters provided no separation amongst the Buc and two other competitors pushing for the third place spot. Stretching across the finish line, Maduwa fell .04s off the pace of the third place finish, hoping to make it amongst the qualifying group by being one of the six fastest times outside of the automatic qualifiers. His mark proved to come up agonizingly short, Maduwa missing the time to qualify by just .02s as Mississippi State’s Gabriel Moronta finished in 1:49.84.

"Phelani competed hard and was agonizingly close to moving on to the next round," said Director of Track and Field George Watts. "I think if he had the chance to do it over, he would've run a tactically different race. It's a tough lesson to learn, but I know Phelani will gain much from the experience and come back better next year. He's had a nice year with several conference podium finishes and personal bests. He's already looking forward to getting back to training and begin his buildup for next year."

Maduwa competed in three individual events this season, primarily focusing in the 800m and 1500m. In the 800m, Maduwa ran his fastest time at the Tennessee Relays (April 8-10) with a fourth place finish of 1:49.55. Two weeks prior, he ran his best race in the 1500m with a finish of 3:50.48 in a packed field at the Raleigh Relays.

"Next year we need to have a much larger group of qualifiers. We certainly have the talent to do so," commented Watts.