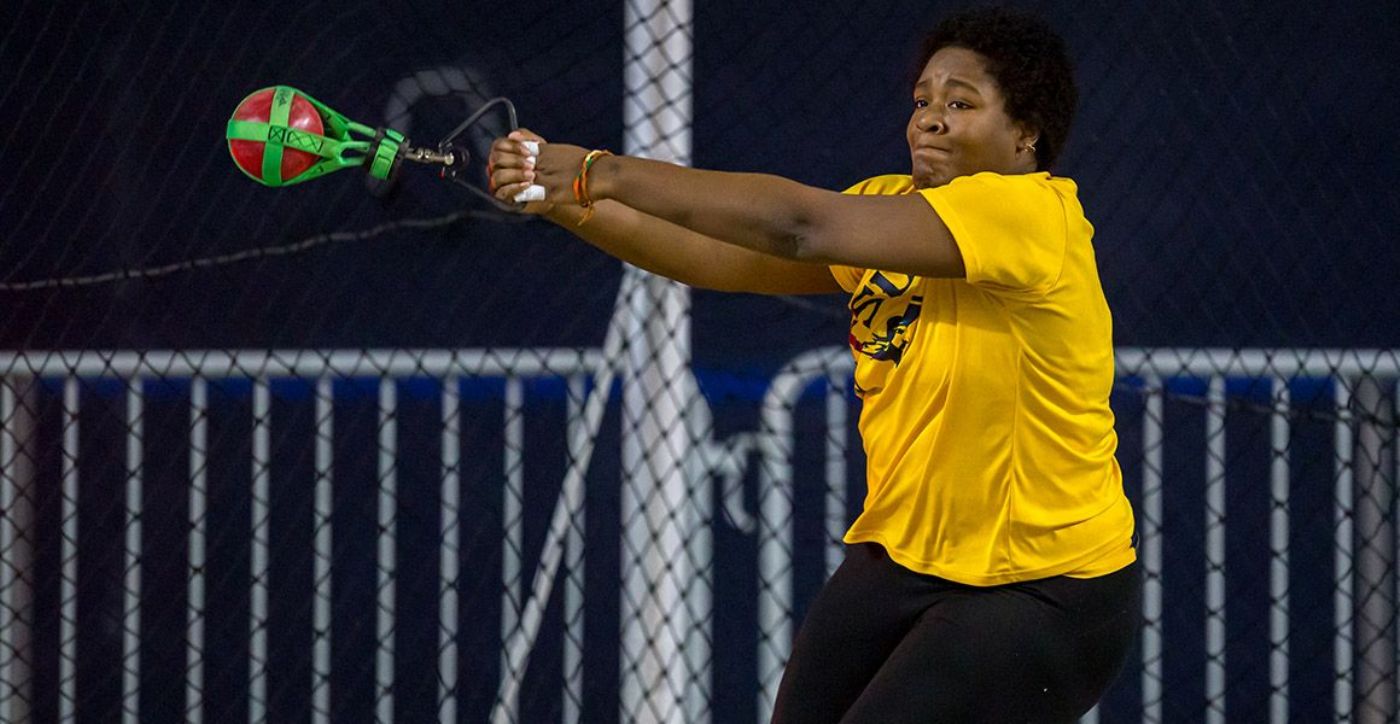 Symphony Buxton (Knoxville, Tenn.) made it back-to-back wins in the women’s weight throw as her mark of 17.97m topped the field of 39 competitors during Friday’s Buccaneer Invitational inside the Ballad Health Athletic Center. Buxton also captured gold in the weight throw in last month’s season opener at the ETSU Invitational.

Joining Buxton with a first-place performance was the Buccaneer women’s DMR squad who topped the competition by over 10 seconds with a time of 12:40.24.

I thought we had a very good list of performances yesterday and today, and look forward to seeing what tomorrow brings.

Yesterday, Jaclyn and Britney had great efforts in the pentathlon with several personal bests culminating with overall scores that put them in hunt to score at the conference championship. They were consistent throughout the competition and look like they can improve their scores down the road.

Symphony won her second weight throw of the season and remains undefeated this year. This was a great job for her since she's missed some training. We also had personal bests in the weight throw by Rebecca Avery and Anna Moore.

Mekayla Brown had a solid long jump in her first competition of the season in that event.  She had the second fastest qualifying time in the 60m to lead three others into the finals.  Joining her are Nicole Johnson, LaNaya Martin and newcomer Ja'Ciya Guthrie.

Hannah Burkhart continues to run well in the 400m qualifying second fastest in that event.  She won't run the final. Instead, she will compete in the 800m run. It will be her first open 800 of the season.

Lindsay Cooper had a busy day qualifying for the finals in the 60m Hurdles and 400m dash.  She led all qualifiers in the hurdles, and I expect she'll run faster in both races tomorrow.

The women's DMR won rather easily, and all four runners have made some significant improvement in their fitness level, and it showed today.

Overall, I thought the women performed well considering we haven't competed in three weeks. I expect us to compete for some more podium finishes tomorrow.

We had a handful of guys compete today and the top highlight was Zach Fejeran coming through with another personal best in the weight throw.  He's one of the most improved guys on the team and is having the best season of his career.

The final day of the Buccaneer Invitational gets underway Saturday morning at 9 o’clock with the women’s 3000m. Live scoring is provided via TimingInc.com.