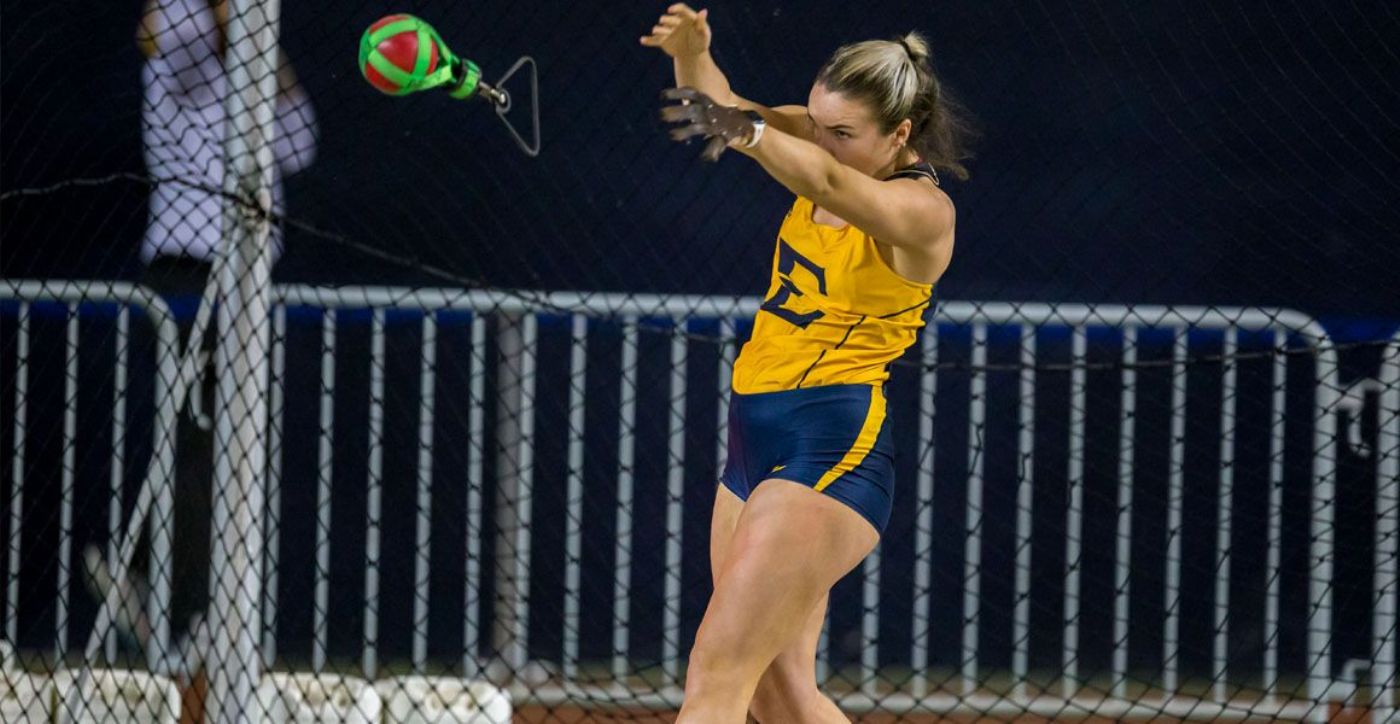 Mary Brown (Radford, Va.) began the day with a top showing in the women’s hammer throw, while Genevieve Schwarz (Oak Ridge, Tenn.) defended her title in the women’s 1500m and Ansley Archuleta (Fort Mill, S.C.) registered a win in the B Section of the women’s pole vault.

Brown showcased the longest mark on her third throw of the afternoon as she finished with a personal best of 48.62m, which was nearly one meter better than her nearest competitor. Friday was Brown’s first collegiate win, while her previous best in the hammer was 48.27m, set at last year’s conference championship.

On the track, Schwarz – who was coming off a stellar indoor campaign – won the 1500m event for the second straight year at the 49er Classic. Schwarz turned in her fastest collegiate time in the 1500, clocking in at 4:26.29, which was just under four seconds faster than her nearest runner. Schwarz’s previous personal best was 4:29.07, coming last season at the SoCon meet.

Archuleta, making her collegiate outdoor debut, won the B section of the pole vault with a mark of 3.05m.

Other ETSU notable performances on the women’s side, included Jessica Lord (Morristown, Tenn.) finishing third in the 400m (57.70), while Shila Kapaya (Knoxville, Tenn.) and Alyssa Galvin (Denver, N.C.) went second and third in the steeplechase. Kapaya clocked in at 12:02.01 and Galvin finished in 12:39.35. Kiera Snyder (Clyde, Mich.) joined Schwarz in the 1500 and turned in a PR with a time of 4:36.42, placing her sixth overall. In Section A of the women’s pole vault, Diana Romero-Barba (Tepatitlan de Morelos, Jalisco, Mexico) placed sixth with a mark of 3.30m.

On the men’s side, Myles Stoots (Mobile, Ala.), Brayden Hamblen (Rock Hill, Ill.) and Gavin Cooper (Jacksboro, Tenn.) went two, three, four in the steeplechase. Stoots turned in a personal best with a second-place time of 9:10.64, while Hamblen and Cooper made their ETSU debut in the event. Hamblen was third in 9:26.24 and Cooper was right behind in 9:26.94. Evan Guzman (Franklin, Tenn.) also set a PR in the 1500m where he placed fourth in 3:49.85. In the field events, Zach Fejeran (Tazewell, Tenn.) recorded his top collegiate mark in the hammer at 43.67m.

Saturday’s final day of competition gets underway with the men’s shot put at 10 a.m., while the track events start at Noon with the 4x100m relays. Live scoring of the meet is available by FlashResults.com.