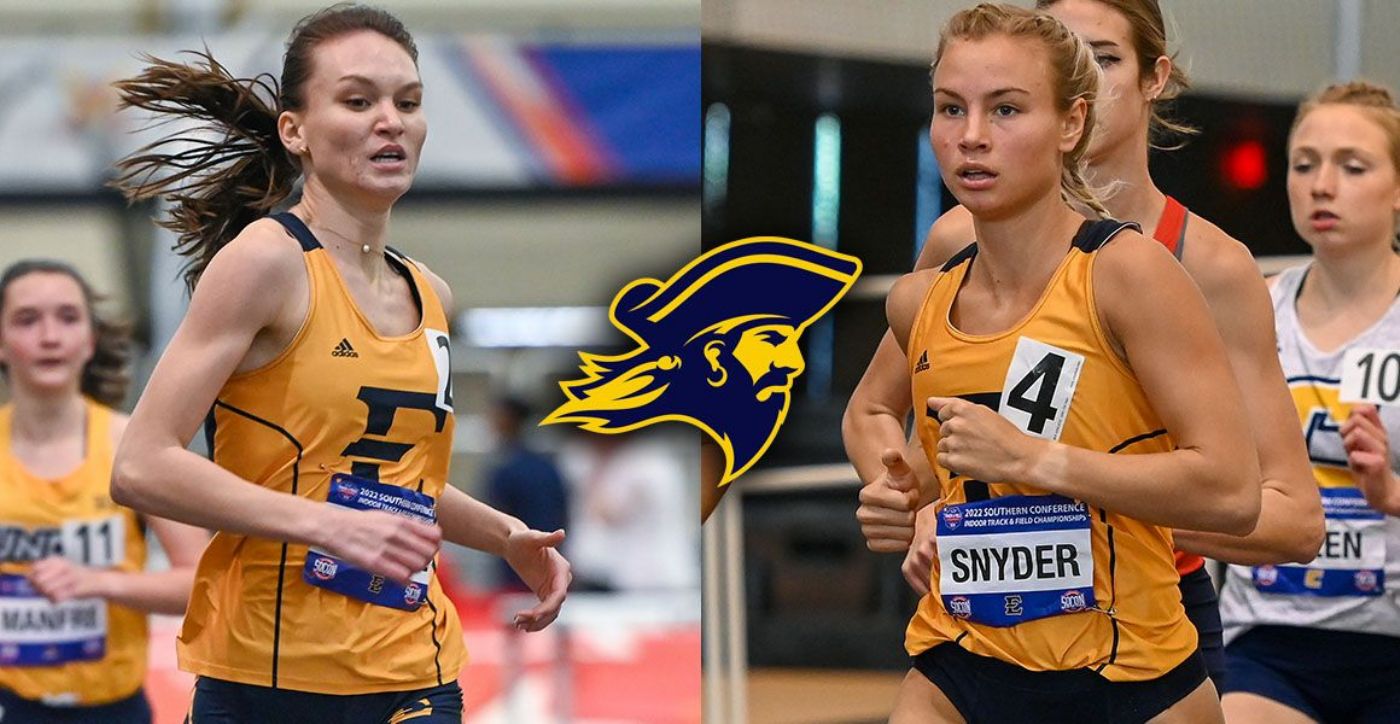 CHARLOTTE, N.C. (March 19, 2022) – It was another day of gold-medal performances for the ETSU men’s and women’s track and field teams.

A day after bagging three gold medals, the Buccaneers received first-place efforts from Genevieve Schwarz (Oak Ridge, Tenn.) and Kiera Snyder (Clyde, Mich.), while the men and women swept the 4x800m relays to conclude the final day of competition at the 49er Classic on Saturday from the Irwin Belk Track & Field Center.

After defending her title in the 1500m on Friday, Schwarz took home the top honors in the 800m as she turned in a personal best time of 2:10.34 – one full second faster than Wake Forest’s Aleeya Hutchins. Schwarz has now won five individual titles over her last four meets dating back to the indoor campaign.

Fellow distance runner Kiera Snyder won her second individual collegiate gold medal on the track and field circuit as she posted her first ever win in the 3000m with a time of 10:09.32. Saturday marked Snyder’s first win since claiming gold in The Run as Fast as You Can Track Meet where she won the mile back on Feb. 7, 2021.

ETSU then ended the day just as it started by winning gold in both the men’s and women’s 4x800m relays.

ETSU is back in action next weekend when the Bucs return to the Tar Heel state for the Raleigh Relays, which will be held March 24-26.