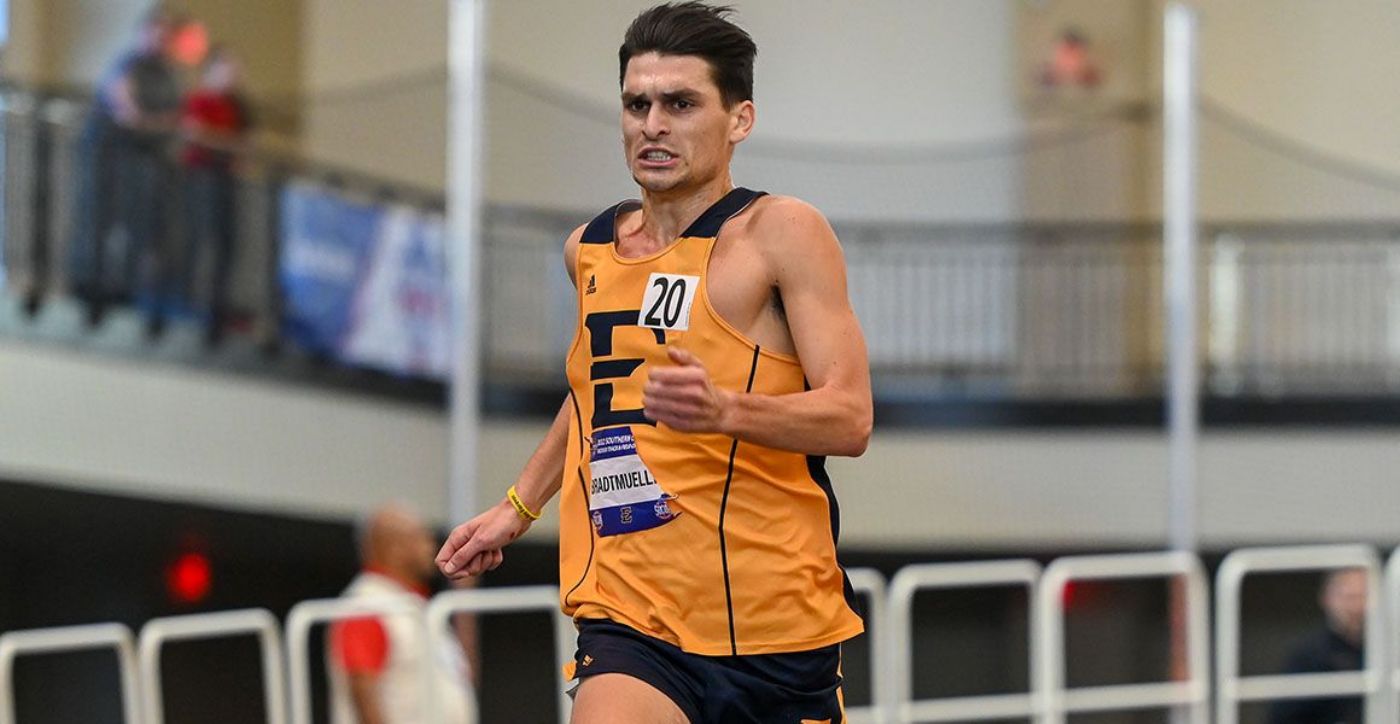 Four Buccaneers set personal bests in their respective events, including graduate student Adam Bradtmueller (Sarasota, Fla.) clocking the fastest 5000m of his illustrious career, as day one of the prestigious meet got underway Thursday from the Paul Derr Track and Field Facility.

Bradtmueller, coming off a stellar indoor season where he set the school record in the 3000m, won the conference championship in the 5000m and claimed silver in the 3000m at the SoCon meet, won his section of the 5000m on Thursday with a personal best time of 13:50.1. Overall, Bradtmueller finished 13th (9th among collegiate athletes) in the event featuring 223 finishing runners, while it was the fastest outdoor time by a SoCon runner since 2019. Bradtmueller, making his first outdoor appearance since 2018, topped his previous personal best in the outdoor event by 44 seconds (14:34.33, set at the 2017 Raleigh Relays) and indoor best by 18 seconds (14:08.18, set at the 2022 SoCon Championships).

Joining Bradtmueller with a personal best in the 5000m on Thursday was teammate Gavin Cooper (Jacksboro, Tenn.). Cooper finished fourth in his section with a time of 14:30.79, which was 54 seconds faster than his previous time of 15:24.93, set at the 2021 SoCon Indoor Championships.

Earlier in the day, five Buccaneers competed in the 1500m with Matt Scarr (Wamberal, NSW, Australia) turning in the top showing among those in the Blue and Gold. Scarr led the Bucs in the 1500m with a time of 3:47.37, which was the top time from any runner in the Southern Conference in today’s event and second-best time from an athlete in the state of Tennessee in the event. Scarr, who finished 42nd overall, finished ahead of Furman’s Matthew Smith (43rd), along with Tennessee’s Riley Buchholz (58th) and Will Mazur (71st). The Buccaneer leader started the first 300m in 46.66 and was sitting at 1:51.38 at the 700m mark. However, Scarr turned it on late as his split at the 1100m mark was 59.76 and went the final 400m in 56.24, which was the second-fastest closing split in his section.

The Bucs are back in action at the Raleigh Relays on Friday starting at 2 p.m., while another group of Buccaneers will be competing at the Weems Baskin Invitational in Columbia, S.C.