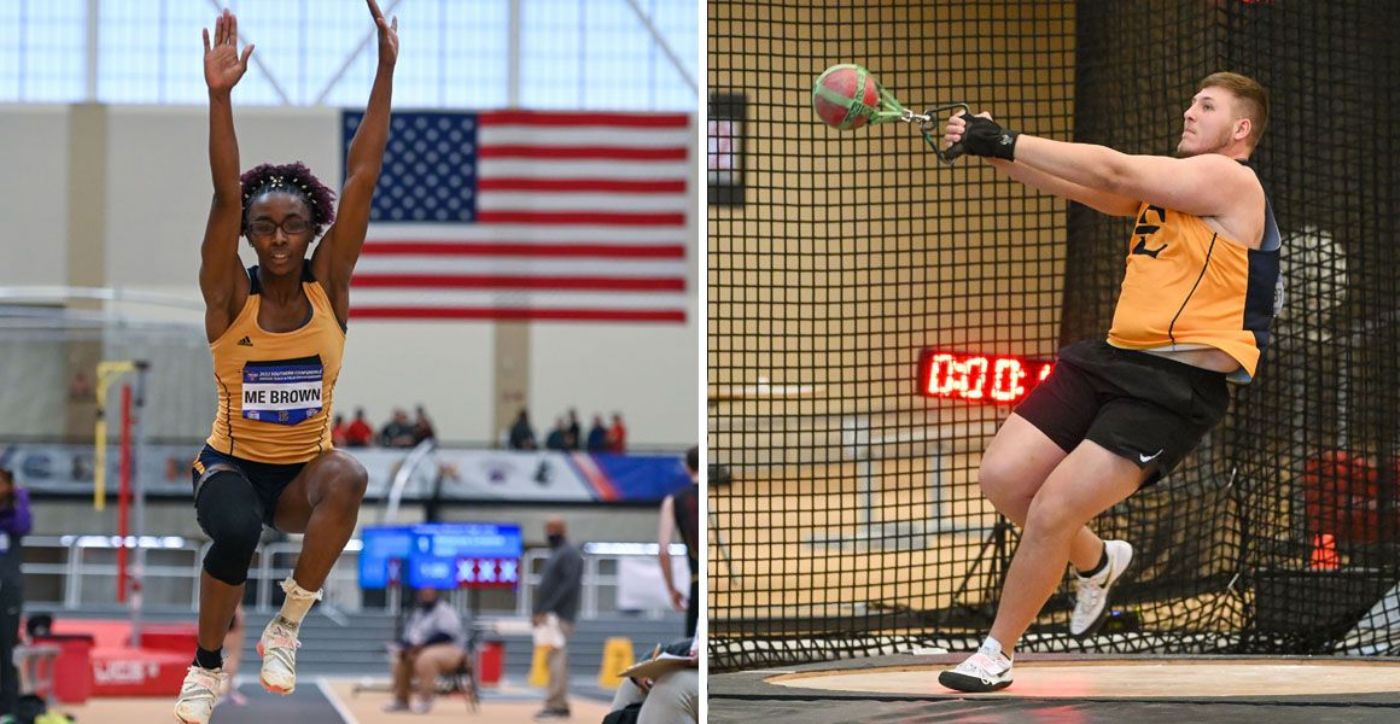 RALEIGH, N.C. & COLUMBIA, S.C. (March 26, 2022) – The ETSU men’s and women’s track and field programs wrapped up competition at both the Raleigh Relays and Weems Baskin Invitational on Saturday.

In Columbia, S.C., at the Weems Baskin Invitational, Zach Fejeran (Tazewell, Tenn.) set a personal best in the discus with a mark of 37.85m on his first attempt. Fejeran’s distance was over two meters better than his prior personal best of 35.46m, set at last year’s SoCon Championship.

On the women’s side, Mekayla Brown (Elgin, S.C.) earned a podium finish in the triple jump when her first attempt landed 12.06m, placing her third in the event.

Staying in the field events, Abbey King (Greeneville, Tenn.) turned in a fourth-place showing with a mark of 1.50m in the high jump.

Meanwhile, in North Carolina, the Buccaneer distance runners were featured at the Raleigh Relays.

The Bucs are back in action next weekend when they split the squad up yet again. A group of ETSU student-athletes will head back to North Carolina for the VertKasse Meeting, while another contingent will go south for the UAB Spring Invite.