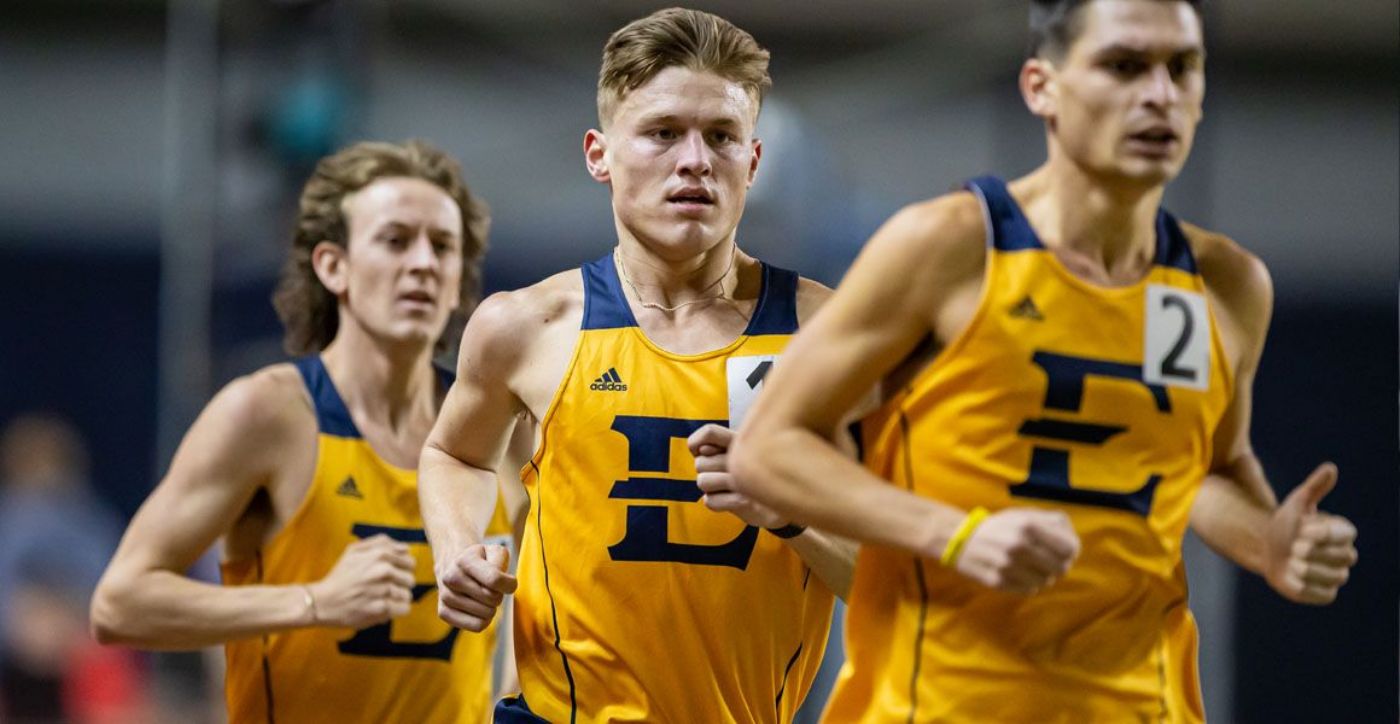 Running in the event for the first time of his collegiate career, Hamblen took home gold on Friday night as he turned in a time of 14:54.35 inside Dick Vert Stadium. Hamblen, who has held stints running at Illinois and Tennessee, was the lone competitor in the 34-man field to turn in a sub-15-minute time in Friday’s event, while it also marked his first individual win as a Buccaneer.

Romero-Barba was one of four ETSU athletes to turn in a PR in the field events.

For the second time this outdoor season, Anna Moore (Knoxville, Tenn.) topped her distance in the shot put as she finished at 11.10m on Friday. Moore’s previous best was set two weeks ago in Charlotte with a mark of 10.67m. In women’s javelin, Aubree Henger (Kingsport, Tenn.) set a PR for the second straight meet with a distance of 26.90m. On the men’s side, Noah Sheton (Gray, Tenn.) also set a personal best in the javelin. Shelton reached the finals with his first throw landing 53.78m.

On the track, Shila Kapaya (Knoxville, Tenn.) set a personal best in the steeplechase with a time of 11:38.63, which was 24 seconds faster than her previous top time of 12:02.01, set two weeks ago in Charlotte. Meanwhile, Makayla Shaw (Jonesborough, Tenn.) made her first collegiate appearance in the event and finished right behind Kapaya in seventh-place, clocking in at 11:39.34.

The second and final day of the meet gets underway Saturday morning with the women’s 800m at 9 a.m. Saturday’s events will be video streamed live on ESPN+, while live results can be accessed via FlashResults.