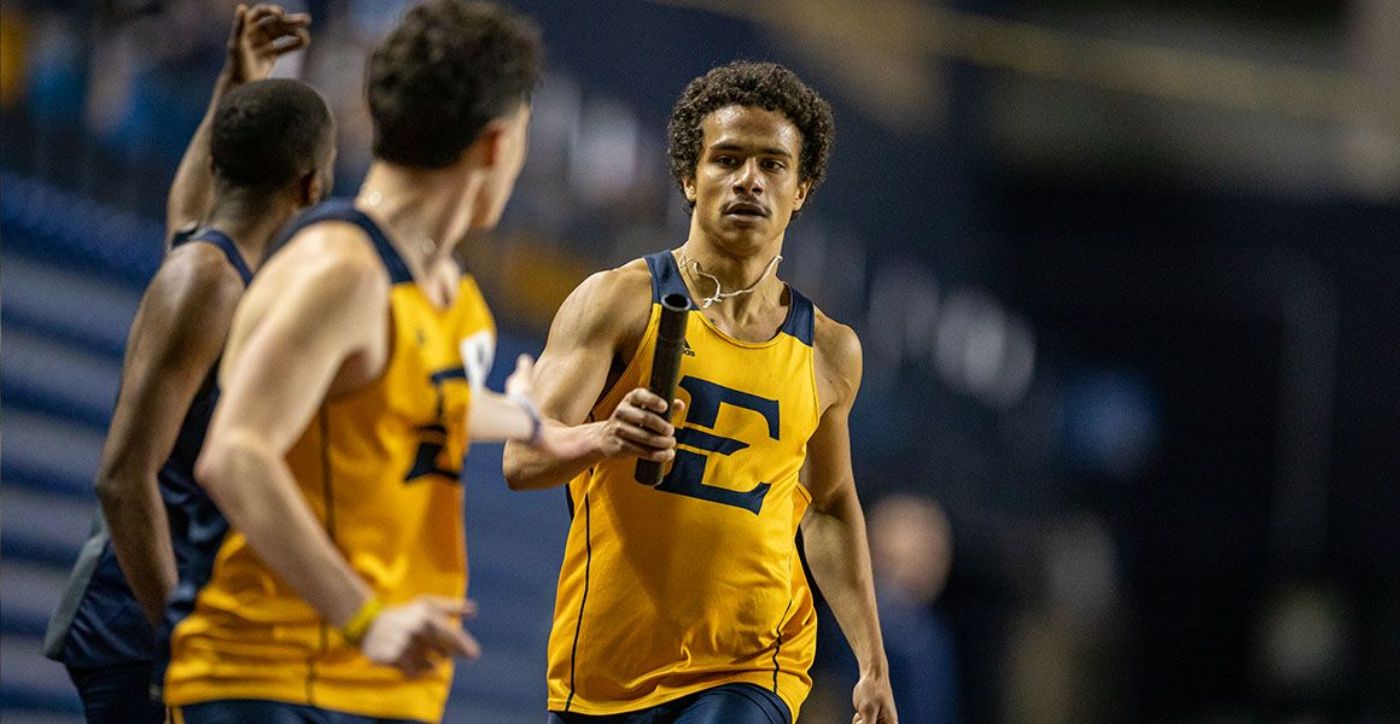 KNOXVILLE, Tenn. (April 9, 2022) – With Mother Nature running its course across the southeast region on Saturday, the final day of the Tennessee Relays featured much smaller groups across a handful of events from Tom Black Track inside LaPorte Stadium.

With winter-like weather hovering around Northeast Tennessee, the Blue and Gold were one of several teams not competing in at least four of the scheduled relays on Saturday.

However, two of ETSU’s relay groups that did compete saw podium finishes on the final day.

Off the track, the Bucs received a PR from freshman Diana Romero-Barba (Tepatitlan de Morelos, Jalisco, Mexico) in the women’s pole vault. The Buccaneer rookie placed fifth with a mark of 3.80m, resulting in the second straight week Romero-Barba has set a personal best in the event. Romero-Barba posted a jump of 3.65m a week ago in High Point, N.C.

Brown competed in her second event on Saturday as she finished with a jump of 11.49m in the triple jump.

ETSU is back in competition next weekend when the Bucs head to Cullowhee, N.C. for the Catamount Classic, which begins Friday, April 15.