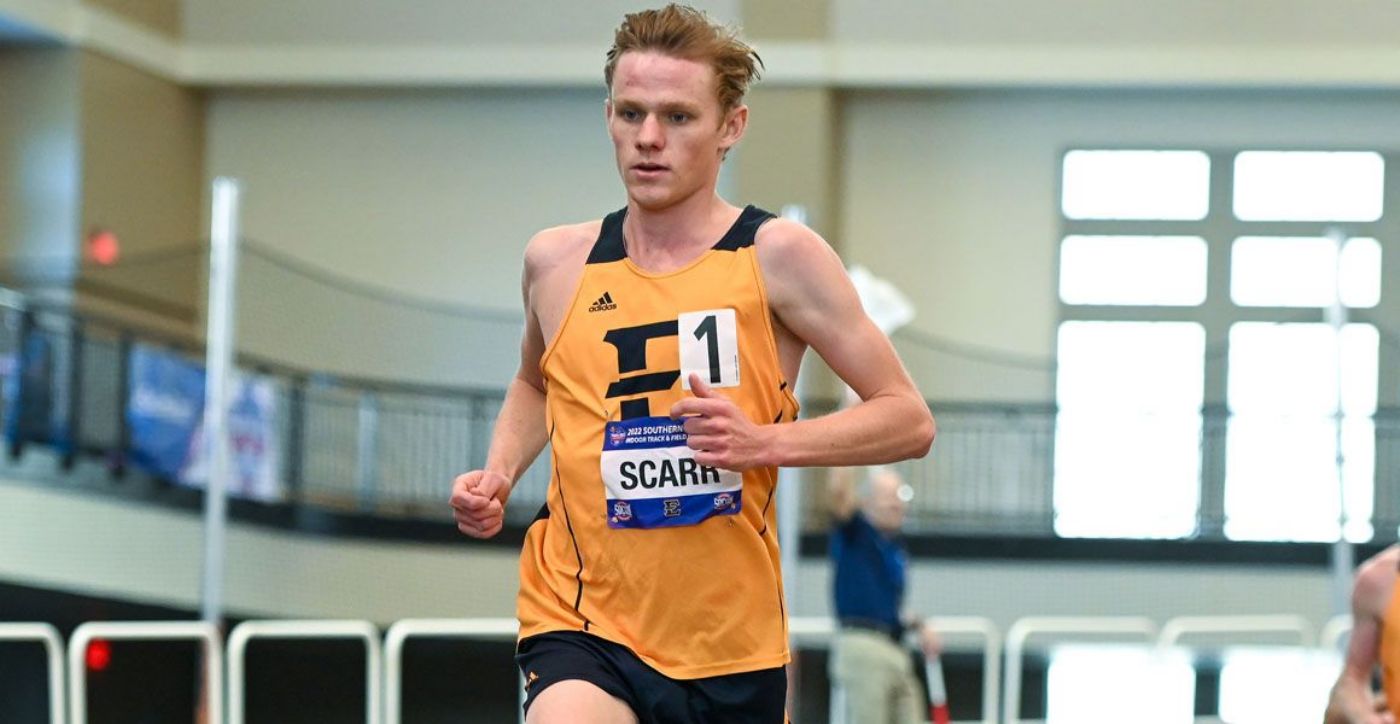 CULLOWHEE, N.C. (April 15, 2022) – Behind a gold-medal performance by Matt Scarr (Wamberal, NSW, Australia), the ETSU Buccaneers dominated the men’s 1500m during Friday’s opening day of the Catamount Classic from the Catamount Athletic Complex.

Scarr collected his second career win in the event and it was the second time he enjoyed a victory at this meet as he turned in a personal best time of 3:44.81. The Buccaneer distance runner last won gold in the 1500m at the 2018 ETSU Tri Star Classic, while he won the 800m at the Catamount Classic earlier that 2018 season. Scarr’s previous best in the 1500m was 3:45.82, set last May at the Lee University Last Chance.

Overall, the Blue and Gold had a productive opening day of the meet.

Earlier in the day, Lindsay Cooper (Charlotte, N.C.) and Ja’Ciya Guthrie (Gastonia, N.C.) enjoyed being back in their home state as they both went second and third in the prelims of the women’s 100m hurdles. Cooper placed second overall in 14.12 and Guthrie was third in 14.32. Cooper also had a sixth-place spot in the 200m, clocking in at 25.68. Nicole Johnson (Chattanooga, Tenn.) led the Blue and Gold in the event as she finished second (25.17), while Mekayla Brown (Elgin, S.C.) set a personal best with a time of 25.63, resulting in a fifth-place finish. Brown also competed in the long jump where she finished eighth with a leap of 5.44m.

In the women’s 1500m, Kiera Snyder (Clyde, Mich.) and Shila Kapaya (Knoxville, Tenn.) both went fourth and fifth in the event, respectively. Snyder was fourth (4:44.35) and Kapaya recorded a PR as she finished in 4:44.73, shaving 18 seconds off her previous mark.

In the field events, the trio of Mary Brown (Radford, Va.), Alyssa Ceja-Pena (Salinas, Calif.) and Rebecca Avery (Jefferson City, Tenn.) all set PRs in the women’s hammer. Brown posted a third-place finish with a distance of 48.73m in her fifth attempt, Ceja-Pena’s second toss of 46.80m resulted in sixth-place and Avery placed eighth with a mark of 43.97m.

On the men’s side, both Zach Fejeran (Tazewell, Tenn.) and Noah Shelton (Gray, Tenn.) also set personal bests in the hammer. Fejeran ended the night in eighth (43.68m) and Shelton’s last attempt went 42.18m for a ninth-place spot.

Tyrese Grant (Summerville, S.C.) led the Bucs in the men’s long jump where he set his longest mark as a Buccaneer at 6.72m en route to placing fifth overall.

Capping off the night on the track were three more personal best efforts in the men’s and women’s 5000m. On the men’s side, Jordan Thomas (Knoxville, Tenn.) finished runner-up as he took nearly seven seconds off his fastest time (15:15.89), while William Hartig (Radford, Va.) came in fifth (15:20.61). On the women’s side, Julia Foote (Franklin, Tenn.) finished second in 18:22.65, which was 28 seconds better than her previous mark, set two weeks ago at High Point.

Saturday marks the final day of the meet which gets underway at Noon. Live scoring is available through SnapResults.