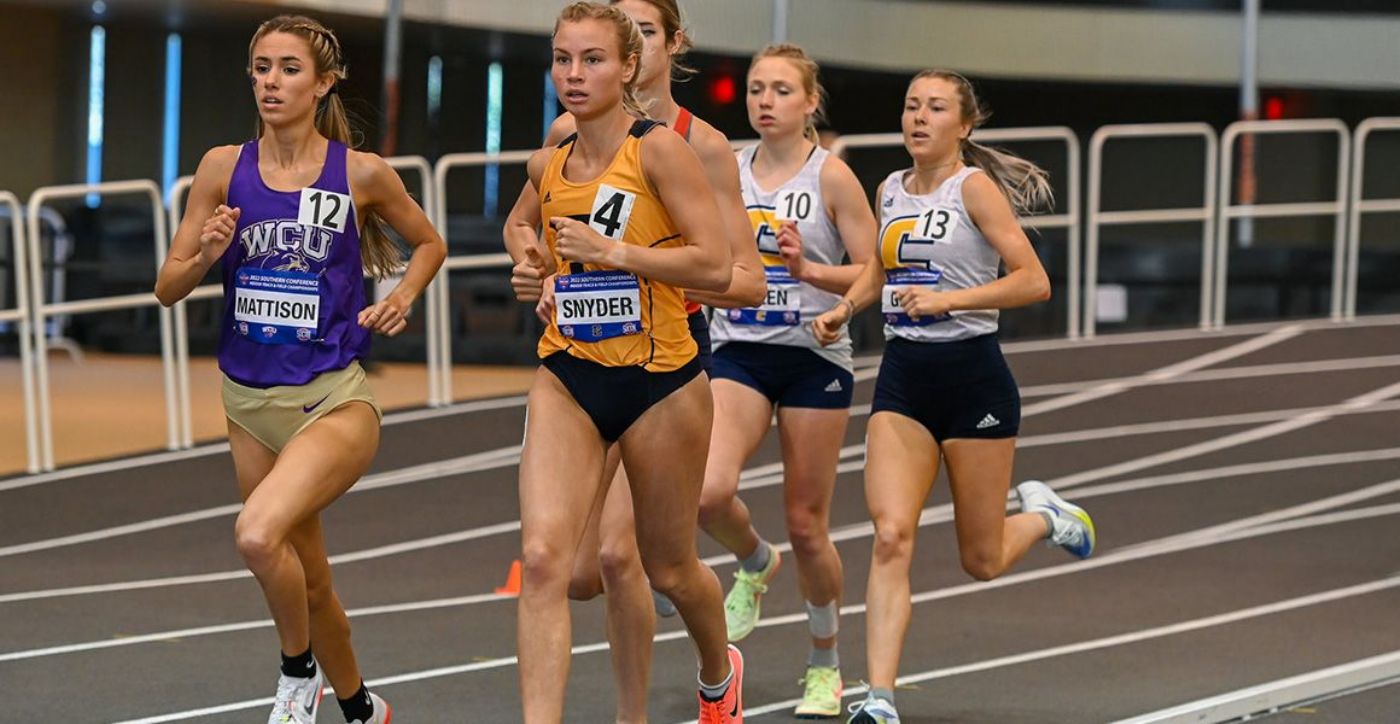 NASHVILLE, Tenn. (Jan. 21, 2023) – Highlighted by Kiera Snyder’s (Clyde, Mich.) second-place finish in the 3000m, the ETSU men’s and women’s track and field teams concluded competition at the Vanderbilt Invitational on Saturday inside the Vanderbilt Multipurpose Facility.

For the second straight weekend, Snyder set a personal best in the 3000m as she clocked in at 9:34.23 on Saturday. After 300 meters Snyder was seventh among the 12 runners in the first heat. Through 600 meters, she climbed four places into third. Snyder would then move up into the second-place position around the 2100-meter mark where she would maintain her position until the end of the race.

Staying with the track on the women’s side, Genevieve Schwarz (Oak Ridge, Tenn.) and Rebekah Howard (Ashland, Ky.) – who helped set the school record in the distance medley relay on Friday night – ran the mile today. Schwarz placed fifth after crossing the finish line in 4:54.56, while Howard set a personal best with a time of 5:04.95. Meanwhile, Julia Karsten (Old Hickory, Tenn.) – who also ran a leg in the DMR – registered a season-best time in the 800m (2:19.65).

On the men’s side, freshman Ethan Fulford (Knoxville, Tenn.) began the day wrapping up competition in the heptathlon. Fulford jumped three spots to finish 11th in the event, totaling 4291 points. The Knoxville native began the day bagging 755 points in the 60m hurdles as he clocked in at 8.96, while then having a second-place showing in the pole vault. Fulford recorded a mark of 4.30m en route to finishing with 702 points and he collected 647 points in the 1000m with a time of 3:01.82.

In the throws, Logan Wagner (Greeneville, Tenn.) posted a mark of 13.96m on his third toss, putting him in the top-10 among Buccaneer indoor shot putters.

On the track, reigning Southern Conference Athlete of the Week, Phelani Maduwa (Parys, Free State, South Africa) registered a sixth-place showing (field of 52 competitors) in the 800m. Maduwa finished the race in 1:51.27, becoming the top runner from a non-Power 5 program as the top four finishers were from Ole Miss and Tennessee, and the fifth-place competitor was unattached.

The Bucs return to action next weekend when a group of student-athletes head to Clemson, S.C. for the Bob Pollock Meet.