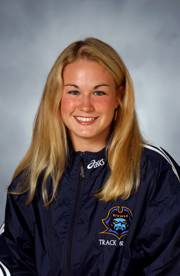 Prior to ETSU: Transferred to East Tennessee State from Wofford College.

Personal: Born on June 3, 1985 ... Nichole is the daughter of Robert and Janet Dahlin ... plans to major in Biology at ETSU.