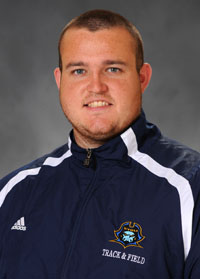 Prep: Was a multi-sport athlete at Cherokee High School ...four-year letterwinner in track, lettered three years in football and one year in basketball for the Chiefs ... three-time all-region participant from 2004-07 and holds the Cherokee shot put and discus records.