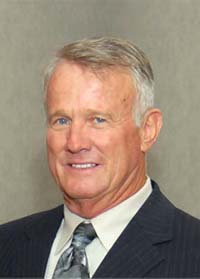 David "DJ" Johnston is entering his third season at ETSU with expectations of having championship-level jumps and multis squads.  The Bucs will return three conference champions and add several talented athletes that can potentially score in the top three at the Indoor and Outdoor Southern Conference Championships.

At the completion of Johnston's second season at ETSU in 2014, athletes under his guidance again followed their prior season’s successes and dominated their events at the Atlantic Sun Indoor and Outdoor Championships, producing 11 Gold, six silver and two bronze medalist including the women winning all four jumps events – an A-Sun first.

In addition to these great performances in 2014, Johnston coached ETSU long jump champion Tyler Stepp, who qualified for the NCAA regional meet, moved on to the NCAA Championships in Eugene, Oregon and came away with his second NCAA Second-Team All-America award in as many years. Moreover, Johnston trained triple jumper Lexie Burley who was awarded the A-Sun Women’s Track & Field Scholar Athlete of the Year in 2014 and multi-event talent Katka Vodova who earned Women’s Field Event Athlete honors at the A-Sun Outdoor Championships with first in the high jump, second in the long jump, second in the pole vault and second in the javelin to earn 34 team points.

Upon the completion of Johnston’s first season as the jumps and multi's coach in 2013, athletes under his tutelage went on a tear and produced outstanding personal-best performances and event championships during both the indoor and outdoor seasons as well as at the A-Sun Championships. These showings included seven gold, five silver and six bronze medalists at the A-Sun Championships as well as two NCAA Outdoor All-American's -- Tyler Stepp in the long jump and Jason Johnson in the triple jump.

Johnston came to ETSU having spent the last 40 years coaching track & field internationally as well as at several NCAA institutions. He is most noted for the creation of the "Six-Stride Mark Chart", which deals with the approach run speeds in long jump and pole vault, as well as stride lengths and performance success. With extensive knowledge and experience in Approach Run velocities and accuracies, DJ is a clinician at camps and clinics worldwide. His presentations include the "Physics of Speed" and technical models in the triple jump, pole vault ("19+Plus"), hurdles, high jump ("The Natural High Jump") and 4x100m Relay ("The Timed Method of Establishing a "Go" Mark" and "Fundamentals of the 4x100 Relay Overhand Baton Pass")

Johnston has passionately dedicated over 40 years of his life to coaching. He has coached track and field at the international, Olympic, university, national and high school levels, producing champions at all levels and in numerous events. His former pupils include 1984 Olympic silver medalist in the pole vault, Mike Tully; previous world recrod holder in the javelin throw, Roald Bradstock; University of Florida Hall of Famer, winter and summer Olympian, Liston Bochette; SEC champion and All-American in the pole vault, Will Freeman; Bahamian Olympian and Florida SEC long jump and triple jump champion, Michael Sharpe; and Canadian pole vault record holder and Olympian Bruce Simpson.

As an athlete at the University of Central Arkansas, Johnston was a three-time collgiate All-American in track and field and an NAIA National Indoor Champion in the long jump. He is a member of the UCA Bears, Conway Arkansas Sports Hall of Fame for football and track. In track and field, he held eight school records, four AIC Conference records, and was High Point Performer his sophomore, junior and senior years. His record performances included conference championships in the 110m hurdles, long jump, triple jump, 4x100m relay, 4x200m relay and 4x400m relay. DJ's long jump record held for 10 years, while his triple jump record remained on the books for 38 years before finally being broken in 2007. In addition his collegiate performances for UCA, DJ held the state triple jump record. All of these accomplishments led to his induction into the Arkansas Track and Field Hall of Fame for his performances as an athlete and as a coach of world class stature.

Johnston earend his master's degree from the University of Central Arkansas.