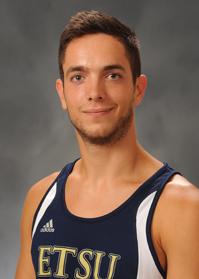 2013-14: Competed in four indoor meets and one outdoor meet ... registered a season-high 4570 heptathlon point total at the A-Sun Indoor Championships.

2012-13: Competed in three indoor meets and four outdoor meets ... competed in heptathlon events during the indoor season ... recorded a personal-best 4758 score in the heptathlon at the A-Sun Indoor Championships to finish third out of seven competitors ... posted a personal high in the javelin throw during the outdoor season with a 51.68 meters toss at the Radford Invitational.