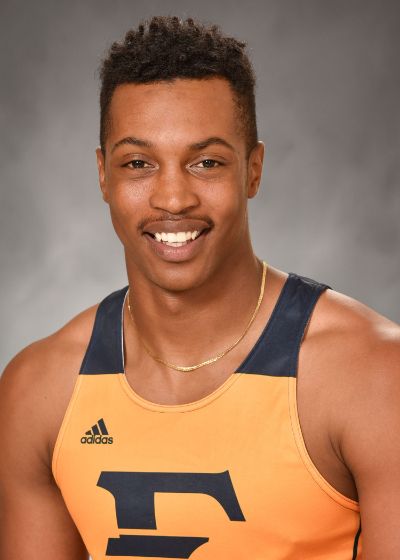 2018 Track & Field: As a redshirt-junior, Johnson had a breakout season with 14 meets — eight outdoor and six indoor ... The highlight of his remarkable, record-setting All-American season came at the 2018 Southern Conference Indoor Championships in the men's weight, where he launched a mark of 21.99m to rank 13th in the nation to qualify for the NCAA Championships ... Johnson shattered four school records in 2018, including the men's weight (21.99m), the discus (52.23m), the hammer (59.91m) and the javelin (67.84m) ... His men's weight throw also set a new SoCon record, SoCon Championships record and a facility record at the VMI Corps Physical Training Facility ... In outdoor season, Johnson erased and reestablished his own throwing records in the hammer, discus and javelin on multiple occasions, eventually competeing at the NCAA East Regionals in the men's hammer where he broke his own record for the fourth time in two months.

2017 Track & Field: Saw an increased workload in his junior season, competing in 12 total events in the 2017 indoor and outdoor seasons ... Recorded four new personal bests (shotput, discus, hammer and weight) ... Finished first in the Southern Conference Outdoor Championships with a 50.19 mark in discus and 58.50 mark in javelin while finishing second in the hammer throw with a 56.15 mark ... Had three first place finishes and 13 top five finishes.

2016 Track & Field: Competed in two outdoor and one indoor meet ... won the javelin at the Western Carolina Track and Field Invitaitonal with a throw of 185'1" ... finished second in the javelin at the SoCon Outdoor Championships with a personal best throw of 200' 8" ... Granted a redshirt for this season.