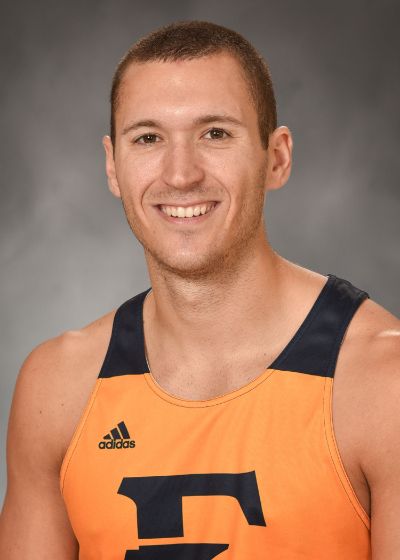 2013-14: Competed in six indoor meets and eight outdoor meets ... set a new ETSU school record in the men's pole vault during the indoor season with a 5.15 meters mark at the Samford Multi & Invitational ... took the event title at the A-Sun Indoor Championships with a vault of 4.91 meters ... set another ETSU record in the pole vault during the outdoor season at the War Eagle Invitational with a mark of 5.20 meters ... captured the event crown at the A-Sun Outdoor Championships with a 5.05 meters vault ... advanced to the NCAA East Region Prelims.