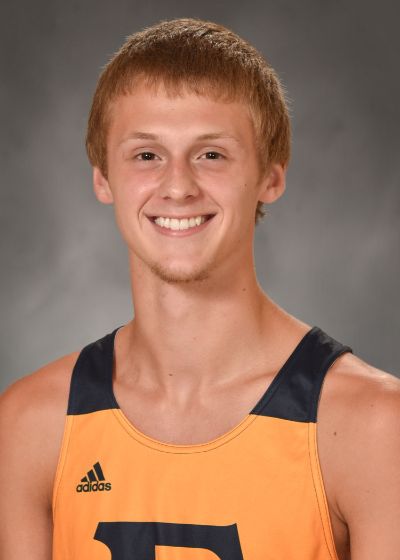 2019 Track & Field: Competed in six meets in the indoor season…highlighted his indoor campaign with a third place finish in the mile at the VMI Team Challenge (Jan. 26)…produced a personal best time of 4:13.96 in the mile at the Music City Challenge (Feb. 8-9)…finished seventh to score for the Bucs in the SoCon Indoor Championships (Feb. 23-24) with his time in the mile…appeared in five outdoor meets while narrowly missing the top-eight in the 800 at the SoCOn Outdoor Championships (April 27-28) with an 11th place finish…earned a spot on the SoCon Honor Roll…a SoCon Academic All-Conference selection.

2017 Track & Field: Participated in two indoor and four outdoor events as a freshman ... Finished second at the 2017 Western Carolina Track and Field Invitational's 800 meter event with a 1:55.22 time, completing his first career top-three collegiate track finish ... Finished fourth in the Southern Conference Outdoor Championship in Birmingham, Ala. with a 3:57.33 in the 1500 meter run.

Prior to ETSU: Lettered all four years of high school in both track & field and cross country at Daniel Boone High School under coaches Ray Jones and Len Jeffers ... Was part of the 2014 state championship and national qualifying team at DBHS, contributing with multiple all-state honors and multiple conference championships.

Personal: Born on February 9, 1998 ... From Gray, Tenn. ... Son of Stephanie Routh and the late Wayne Routh ... Major is undecided ... Was voted in as senior class president and won Mr. DBHS while in high school.