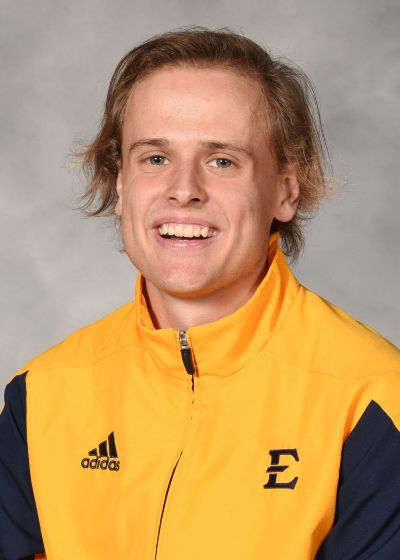 2020 Track & Field*: Did not compete during the indoor season.

2019 Track & Field: Competed in two different meets in the indoor season…competed once in the 3000m and the 5000m respectively.

2018 Track & Field: Competed in five indoor and seven outdoor meets his sophomore season ... Opened the indoor season with three straight top 10 finishes in 3K runs, missing his PR (set in 2017) by just over a second at the Buccaneer Track and Field Invitational ... Scored at the Southern Conference Outdoor Championships with a sixth place finish in the 10K.

2017 Track & Field: Competed in four indoor and seven outdoor meets as a freshman ... Earned his first collegiate top finish at the 2017 Western Carolina Track & Field Invitational with a 15:21.40 showing in the men's 5000 meter, beating 14 other runners in the event ... Recorded a personal best of 15:11.94 to finish 27th out of 83 competitors in the Charlotte 49er Classic ... Recorded personal bests in each the 3000 and 1000 meter runs en route to fourth and third place finishes, respectively.

Prior to ETSU: Four-year letterwiner at Cookeville High School in cross country and track ... qualified for the outdoor track and field state championship all four years in high school in the 3200 ... honored as a member of the mid-state all-cross country team all four years ... qualified for the New Balance Indoor Nationals in the 5K ... finished ninth at the TSSAA Division I Class AAA State Championships with a time of 16:18.92 ... during senior year recorded four top ten finishes ... 2014 cross country regional champion ... broke high school record in the 5K, two mile and 3200m.

Personal: Is an Eagle Scout and was the 2015 Tennessee Boys State Chief Justice of the Supreme Court ... Majoring in political science at ETSU.