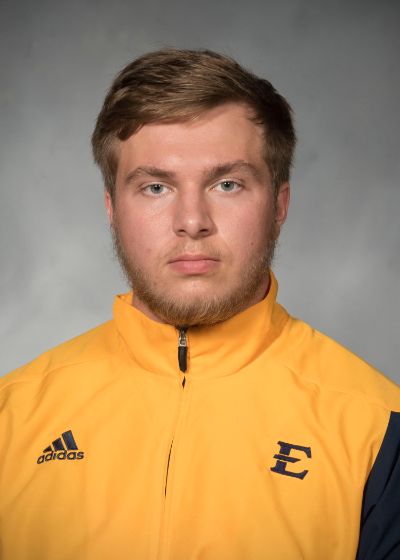 Prior to ETSU: Prepped at Wilson-Central High School in Lebanon, Tennessee, where he lettered four years each in wrestling and track and field … Was an accomplished thrower for head coach Jordan Simpkins, PR’ing at 157’10” in the discus, winning multiple throwing events throughout his career … Also wrestled in the 220 weight class for head coach John Kramer, qualifying for state with his team placing in the top four all four years of his career.

Personal: Born on July 3, 2000 ... from Lebanon, Tenn. … Son of Braidy and Christine Miller … Kolin’s brother, Braidon, currently throws for the track and field team at nearby King University as a junior … Both brothers come from a throwing legacy, as their father, Braidy, threw for the track and field team at Eastern Illinois from 1988-92 where he holds multiple records … Also, their uncle, Brent Miller, threw at EIU from 1989-93 and is also in the record books with top throw marks … Kolin is planning to major in computer science at ETSU.