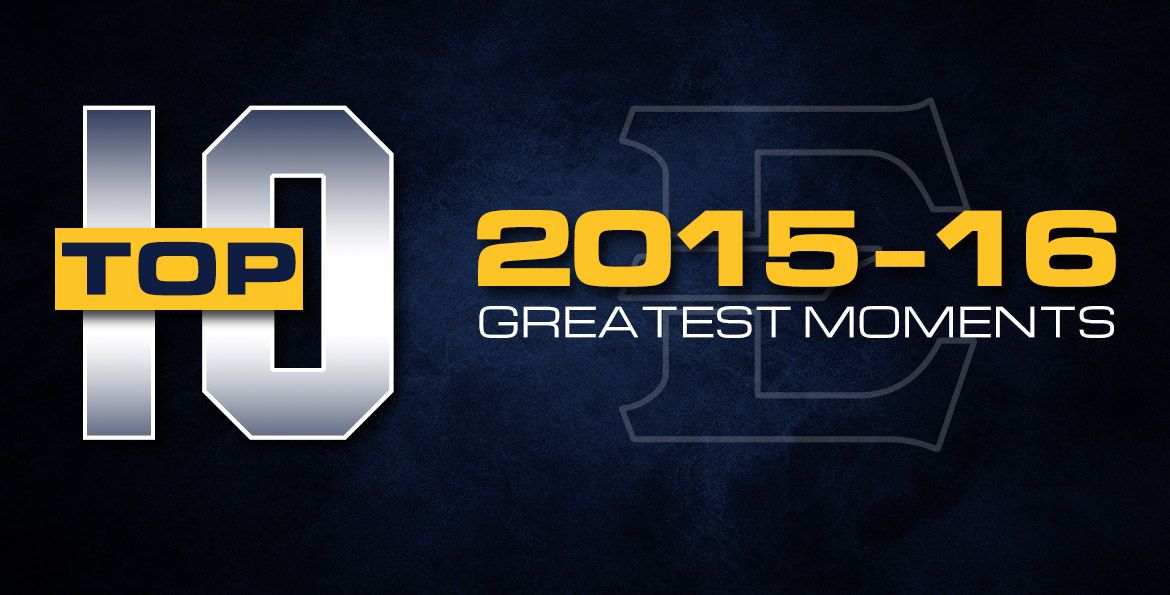 No. 1: Football Returns to ETSU and Bucs pick up first win over Warner

As the 2016-17 season approaches, the ETSU Department of Intercollegiate Athletics has been looking back at the Top 10 moments of the 2015-16 season as we prepare to make even more Buccaneer memories this year. Today, we conclude our list with the No. 1 moment of last season.

No. 1 -- Football Returns to ETSU and Bucs pick up first win over Warner

With a capacity crowd of 8,217 in attendance, East Tennessee State football ended a 12-year absence with an emotional return to the gridiron when the Bucs hosted Kennesaw State on Thursday, Sept. 3 at Kermit Tipton Stadium.

In a season that saw over 42,000 fans enter the gates at Kermit Tipton Stadium, the Bucs earned their first win since reinstituting the football program in a 42-9 victory over Warner in front of a Halloween crowd of 6,480 fans. ETSU – who scored the game’s first 42 points – generated 457 yards in total offense and the team’s defensive unit did not allow any points.

Individually, linebacker Dylan Weigel (Pickerington, Ohio) caught the attention of both the local and national media in 2015. The Pickerington, Ohio native was named a finalist for the STATS FCS Freshman of the Year Award, while also being the FCS national leader in solo tackles with 7.2 per game (79 total). Weigel’s 20-tackle performance against Emory & Henry marked the sixth highest total by an FCS player this season, while it tied for the second-most in ETSU single-game history. Weigel posted double-digit tackles in nine games in 2015, including six straight games to end the season.

After playing as a FCS Independent in 2015, ETSU returns to the Southern Conference this season. The Bucs open the 2016 campaign at Kennesaw State on Sept. 3, while playing their first SoCon game in Bristol Motor Speedway on Sept. 17 against Western Carolina.

1. Football Returns to ETSU and Bucs pick up first win over Warner

10. ETSU men’s and women’s basketball announce that both teams will host the University of Tennessee in Johnson City during the upcoming 2016-17 season