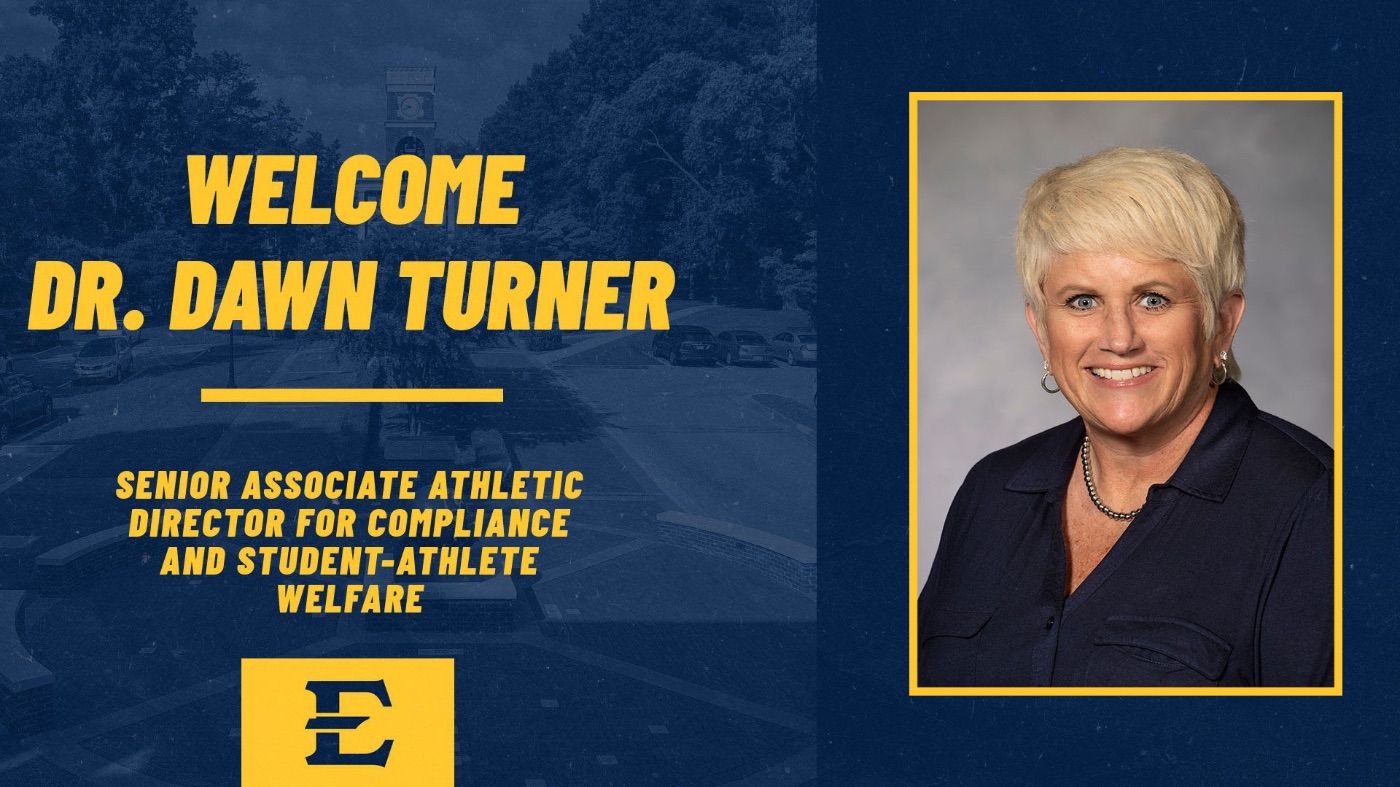 “ETSU Athletics is excited to welcome Dr. Dawn Turner to our family,” said Carter. “She brings a wealth of experience in intercollegiate athletics to our senior leadership team.  I look forward to working with her in our NCAA compliance initiatives and in furthering student-athlete welfare for each of our Buccaneers.”

“I am honored and blessed to be able to join the ETSU Athletics family,” said Dr. Turner. “During my interview, it was evident that Scott Carter and his team are ready to move this department forward, and I am so happy to be part of that effort. Compliance and student-athlete welfare are my passions, and I look forward to working to provide our student-athletes with the best experience possible.”

Turner, who has ties to ETSU after graduating from its Global Sport Leadership Doctoral Program this past May, has spent the majority of her career working in the southeast region.

Turner’s work in compliance is just one of many leadership roles she has held in her previous positions. In addition to her compliance duties, Turner has experience in budgeting, human resources, championship administration (conference and national), home event management, sport supervision and has been heavily involved in the Student-Athlete Advisory Committees at each of her institutions as well as with the National SAAC.

Turner has created several programs with her involvement in SAAC at the institutional, conference and national levels. During her time at the NCAA, Turner served as a secondary liaison for the Division I National Student-Athlete Advisory Committee, where she was able to work with student-athletes from around the country to provide a student-athlete voice to the legislative process and the governance level of the NCAA. Meanwhile, Turner oversaw SAAC at the Big South and developed the Kallander Cup, the conference’s community service initiative, awarded to the institution that achieves the highest goal based on parameters related to the specific initiative. Under Turner’s watch, the Conference SAAC programs raised $18,500 for the Make-A-Wish Foundation and supported Samaritan’s Feet, Soap4Souls, Kay Yow Cancer Fund, and Project Life which is an affiliate of the bone marrow registry. At UNC Asheville, Turner developed, coordinated and implemented the “Dog Bowl” – a community service initiative for its Student-Athlete Advisory Committee. This program involved the coordination of UNCA’s 15 athletics teams, and its participation in four target areas – Community Outreach, Athletes Supporting Athletes, Athletic Performance and Academic Performance.

Turner’s work with SAAC is just one of many professional groups she has spent time with over her illustrious career. Turner has been involved with both the NCAA Division I Women’s Volleyball and Men’s and Women’s Tennis Committees, along with presenting at the 2016 National Sports Forum in Portland, Oregon. In addition, Turner has been a member of Women Leaders in College Sports since 2002 and a member of the Beta Gamma Sigma International Business Honor Society.

To go with her Doctorate of Education in ETSU’s Global Sport Leadership program, Turner earned her Master’s of Sports Administration from Ohio University and received her Bachelor of Arts from Francis Marion University.