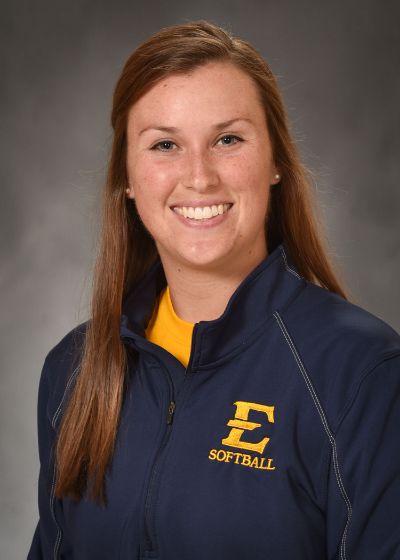 Paige Neely capped off her third season with the ETSU Softball program in 2019. Neely spent her first season as a graduate assistant before being promoted to the full-time assistant role prior to the 2018 season.

In her first year with the program, Neely was instrumental in guiding the Bucs to the program’s first-ever SoCon Championship and NCAA Tournament appearance in 2017. Neely aided ETSU in setting single-season records in 2017 for batting average (.285), doubles (80), RBI (218), walks (181), on-base percentage (.371) and sacrifice flies (17). The Bucs finished the 2017 season with a record of 29-26, marking the highest winning percentage in program history. In her three seasons with the Bucs, Neely has worked primarily with the hitters and infielders and has seen 11 players receive All-SoCon postseason honors, including five in the 2018 season. ETSU has won 70 games in Neely’s three seasons, averaging just north of 23 wins per seasons.

Prior to her time at ETSU, Neely spent the 2016 campaign with Tennessee State as an assistant where she mainly worked with the infield, hitters and other day-to-day duties.

As a player, Neely spent her freshman season at Austin Peay where she earned Second Team All-Ohio Valley Conference honors as well as being named to the OVC All-Newcomers Team. She then transferred to Lipscomb where she was a three-time First Team Atlantic Sun All-Conference selection and was named to the A-Sun All-Academic Team in all three seasons. During her senior season, Neely set a single season record with 18 doubles. She completed her career with a .353 career batting average and a .951 fielding percentage between the two institutions.

Neely earned the John W. Burgess Award for outstanding scholar in Political Science as a senior and received her degree in Restorative Criminal Justice with a minor in Political Science from Lipscomb in 2015. She is currently working on her Master’s in Sports Management at ETSU and is set to graduate in August 2019.