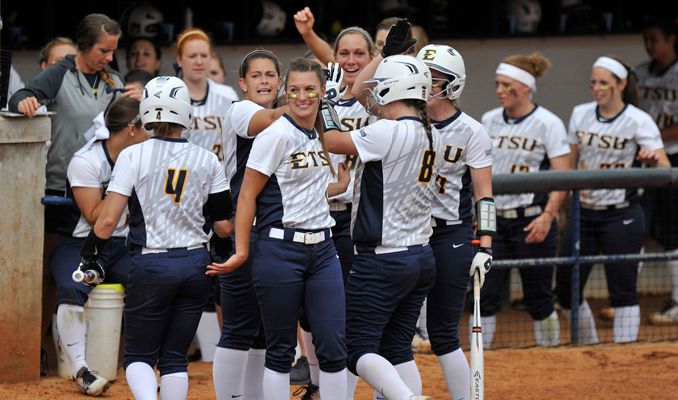 JOHNSON CITY, Tenn. (Sept. 8, 2015) – The East Tennessee State University softball team began its preparations for the 2016 season this week at Betty Basler Field. In addition to practices, the Bucs will have eight games against other institutions to prepare for their upcoming season.

“The fall is a very critical time for the development of our team,” said ETSU head coach Brad Irwin. “Once we return for the spring semester we only have a few weeks until the regular season begins so this time allows us to evaluate the newcomers as well as work with the returners.”

ETSU will have an experienced squad this season, as 18 players return with collegiate softball experience. Among the returners are 2015 All-SoCon freshman team selections, Kelsey Smith (Tucson, Ariz.) and Cassi Pickett (Chattanooga, Tenn.). Smith led the team with 12 home runs and 41 RBI, while Pickett hit .322 with six home runs and 25 RBI.

“This year we have an experienced group of upperclassmen to lead us,” said Irwin. “Every one of them have played a ton of softball for us and should be able to help the newcomers adjust.”

The Bucs will compete in eight games throughout the course of the fall. ETSU will take part in the Milligan Fall Showcase, which will be held Sept. 20 at Winged Deer Park in Johnson City, Tenn. The Bucs will face Anderson University and Milligan College in the Showcase.

Following the Showcase, the Buccaneers will travel to Virginia Tech to not only take on the Hokies but also University of Charleston on Sept. 27. After its lone road trip in the fall, ETSU will wrap up the fall season with four games at Betty Basler Field Oct. 1, 4 and 17 against Milligan College, Tusculum College (DH) and King College.

“This fall we are fortunate enough to play eight games against other programs,” said Irwin. “We always want to win those games but also use them to get everyone some playing time as well as use it as an instructional time too.”