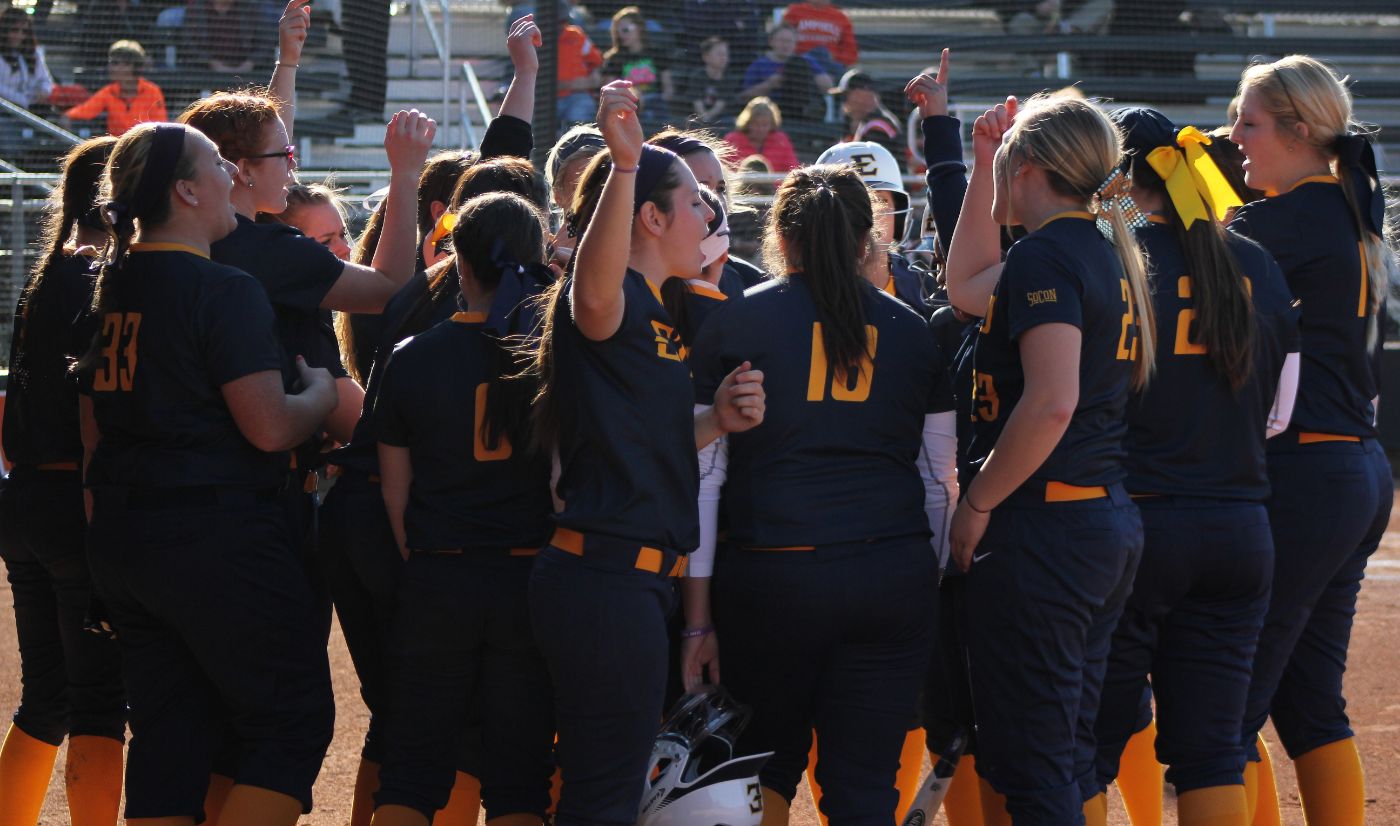 JOHNSON CITY, Tenn. (Feb. 9, 2016) – The ETSU softball team is just four days away getting its 2016 season underway. The Bucs, who were 15-33 overall and 3-15 in conference play in 2015, will open the 2016 campaign with the Kick-Off Classic at Kennesaw State Feb. 13-14. The Bucs will have a ton of experienced players when it takes the field in its opener as 18 of its players have played at least one season of collegiate softball.

The Bucs will bring back five pitchers from last season’s squad, while welcoming in two newcomers into the fray. Taylor Carter (Brazil, Ind.) and Madison Ogle (Maryville, Tenn.) threw the most among the returners totaling 91 and 68.1 innings, respectively. The duo combined for nine of the team’s 15 wins in the circle as well.

“We have seven pitchers that will see time in the circle,” said ETSU Head Coach Brad Irwin. “Every one of our pitchers brings a little something different so we hope to use a staff approach to keep our opponents off balance.”

Sophomore Cassi Pickett (Chattanooga, Tenn.) figures to handle the bulk of the catching duties for the Bucs this season after hitting .322 with six home runs and 25 RBI as a freshman. Emilie Hensley (Morristown, Tenn.), and Destiny Miller (Greenville, S.C.) will also compete for playing time behind the plate this season.

“Cassi was a key player for us last season and we expect that to continue,” said Irwin. “She is a middle of the order hitter and has had a good start to spring practice.”

The infield was a source of power for the Bucs last season as 30 of the team’s 42 home runs came off the bats of players that spent at least some time in the infield. Sophomore Kelsey Smith (Tucson, Ariz), who was an All-SoCon Freshman player last season, leads the group after launching 12 home runs and driving in 41 runs during her freshman campaign.

“We have several players that have not only played a lot for us but played several different positions,” remarked Irwin. “The players that don’t have the experience are working hard and will push for playing time.”

ETSU’s outfield will be the most experienced of all its position groups as six of the eight listed outfielders have played for the team in the past. Jennine Duncan (Jonesborough, Tenn.) is the top returner of this group after having a breakout 2015 season hitting a team-high .330, while stealing 15 bases.

“Our outfield will be very experienced,” said Irwin. “We have two seniors that have played a lot and we moved a couple players from the infield to the outfield to not only provide depth but also to keep their bats in the lineup.”