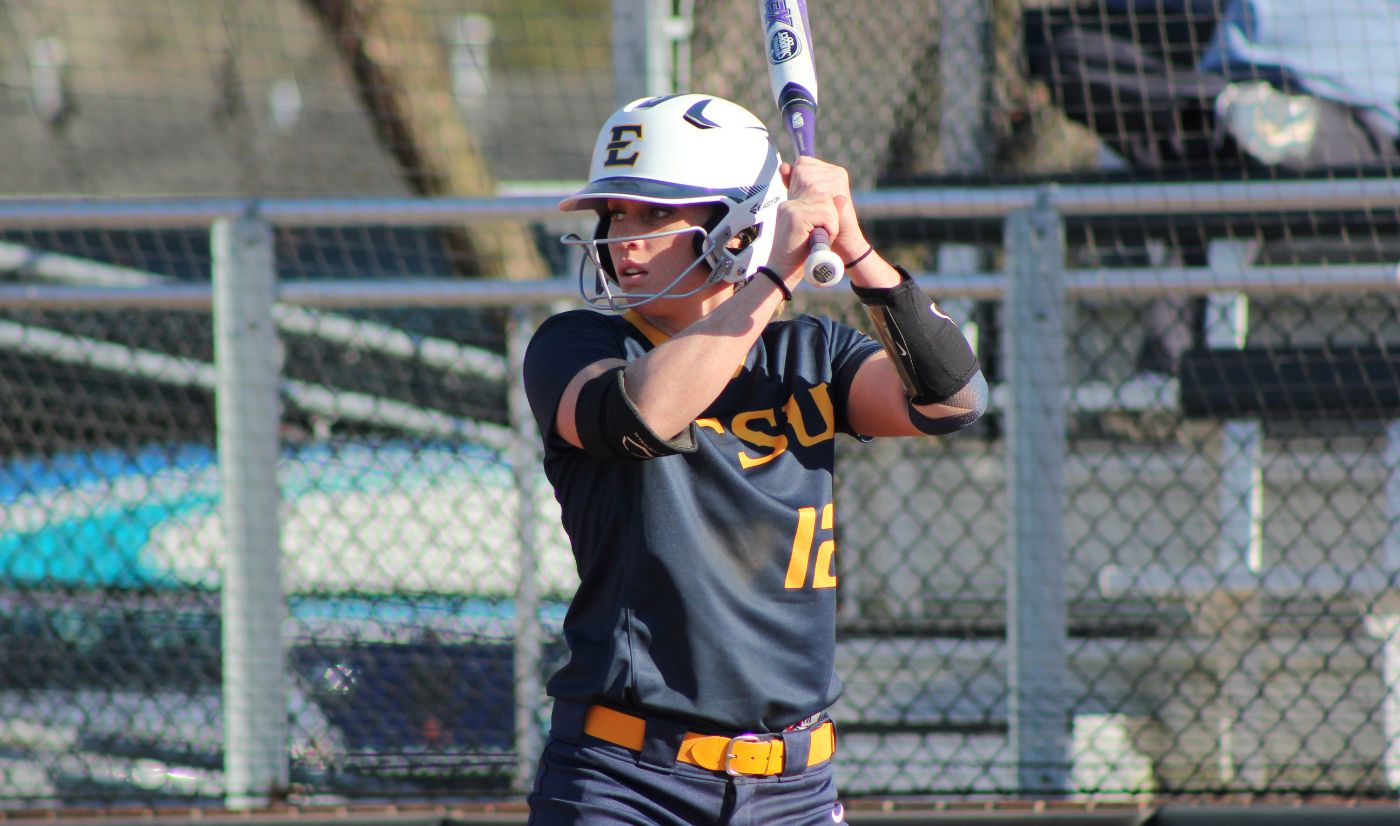 KENNESAW, Ga. (Feb. 14, 2016) – The ETSU softball team dropped a pair of games Sunday as it opened its 2016 season in Kennesaw, Ga. The Bucs lost its season opener to Murray State by a score of 5-0 and dropped the second contest to Kennesaw State by a 4-2 final tally.

Game 1 Recap: The Racers jumped on the Bucs early with a pair of runs in the top of the first. The two runs proved to be all the offense Murray State needed as its starting pitcher Mason Robinson tossed six scoreless innings to propel her team to a 5-0 win over the Bucs.

Senior Jennine Duncan (Jonesborough, Tenn.) led the Bucs’ offense going 2-for-3 at the plate, while Taylor Carter (Brazil, Ind.) collected the only extra base hit for ETSU with a double in the second inning.

Game 2 Recap: The Buccaneers launched their first two home runs of the season in the second game of the day as Danielle Knoetze (San Diego, Calif.) and Carter both went yard but a four-run third inning by the Owls derailed the Bucs’ hopes for their first victory of the season.

KSU’s four-run outburst was powered by three hits and an ETSU error. All four runs were charged to ETSU starter Madison Ogle (Maryville, Tenn.) but only two were earned because of the error. Following Ogle’s departure in the fourth, the Bucs received a stellar relief performance from Rebecca Wahrmund (Morrilton, Ark.). Wahrmund pitched the last two-and-one-third innings and allowed just two hits.

In addition to the two home runs, ETSU’s offense also had a pair of multi-hit performances from Cassi Pickett (Chattanooga, Tenn.) and Bethany Cowart (Ringgold, Ga.) went 2-for-4 and 2-for-3, respectively.

Next Up: ETSU will look to pick up its first win of 2016 next weekend when it competes at the Tiger Classic in Nashville. The tournament, which is hosted by Tennessee State, will feature 15 games over Feb. 19-21. The Bucs will compete in five of those games as they are scheduled to face Butler, Evansville, Tennessee State, Northern Kentucky and UL Monroe during the tournament.