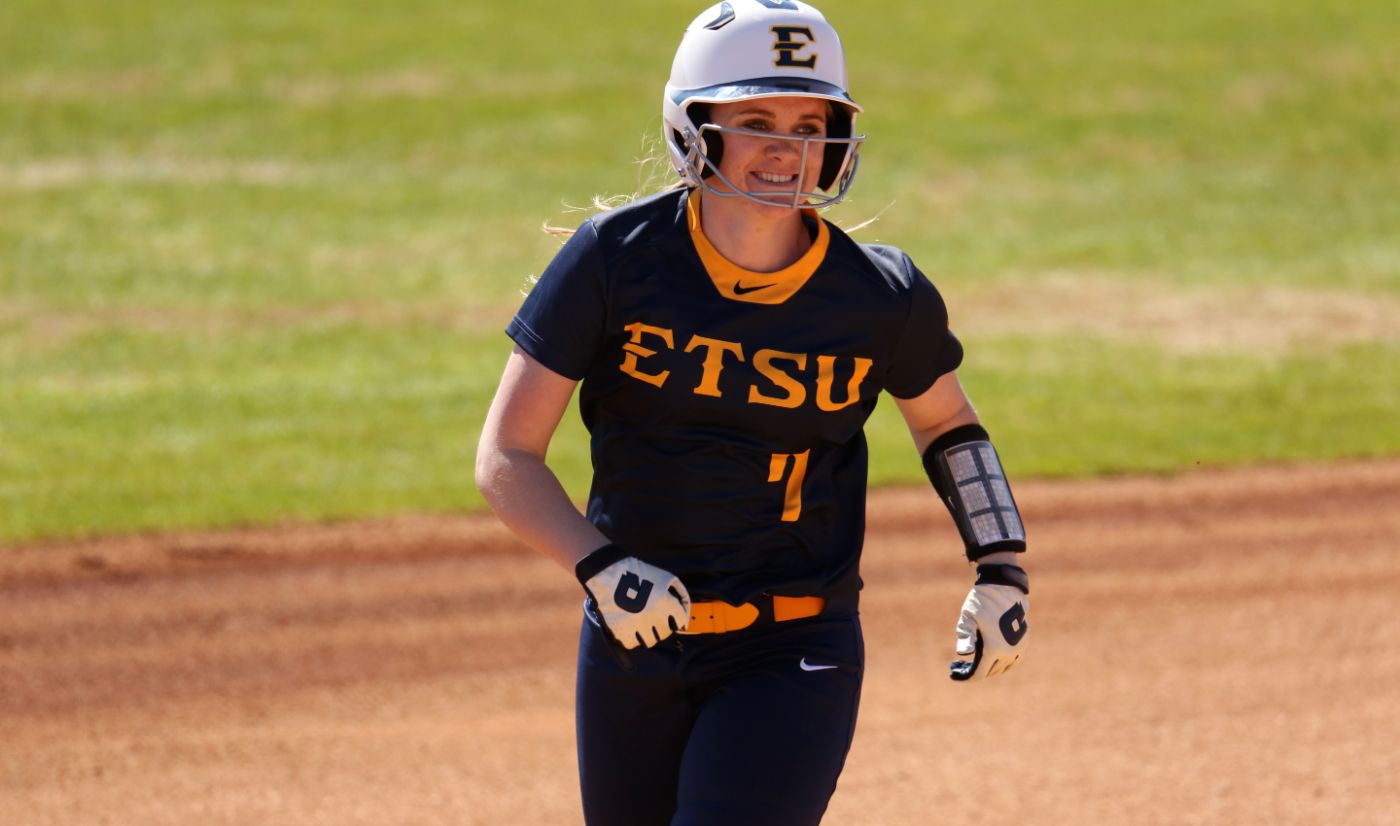 NASHVILLE, Tenn. (Feb. 19, 2016) – Only three runs were scored by the ETSU softball team’s opposition Friday, which proved to be enough for the Bucs to earn a split on the first day of the Tiger Classic. The Bucs won the first game of the day against Butler, 1-0, but dropped the night cap to Evansville, 3-0.

Game 1 Recap: In the opening game of the day, the Bucs used seven different pitchers to piece together a 1-0 shutout for their first win of the season. The 1-0 victory is the first of its type for ETSU since March 28, 2012 when it shutout Western Carolina.

The Buccaneers got their run in the fifth inning thanks to a pair of fielding miscues by Butler. The first error allowed ETSU leadoff hitter Jennine Duncan (Jonesborugh, Tenn.) to reach base safely and the second, which was a dropped fly ball by the centerfielder, allowed Duncan to motor all the way around the bases to plate the game’s only run.

Senior Bethany Cowart (Ringgold, Ga.) picked up her second two-hit game of the season to pace ETSU’s offense in game one, while Tiffany Laughren (Erwin, Tenn.) picked up her first collegiate victory in the circle after tossing a scoreless fifth inning.

Game 2 Recap: Evansville’s Amanda Blankenship and Morgan Florey combined to shutout the Buccaneers in the night cap. Despite being shutout, the Bucs threatened to push runs across on a couple of occasions. The first occurred in the fourth inning when the Bucs loaded the bases with one out but Florey struck out the next two batters to end the threat. ETSU also mounted a rally in the bottom of the seventh with back-to-back singles by Kelsey Chernak (Ooltewah, Tenn.) and Madison Boyd (Chattanooga, Tenn.), but the rally stalled so Evansville held on for the 3-0 victory.

ETSU was held to six hits by the Purple Aces with two of those coming off the bat of Cassi Pickett (Chattanooga, Tenn.). Much like the first game of the day, the Bucs used seven different pitchers. ETSU collectively held the Purple Aces to three runs (one earned) on six hits with five strikeouts.

Next Up: ETSU, now 1-3 this season, will return to action Saturday for a pair of games against Tennessee State and Northern Kentucky. The start times for the games are tentatively scheduled for 2:30 p.m. and 4:45 p.m.