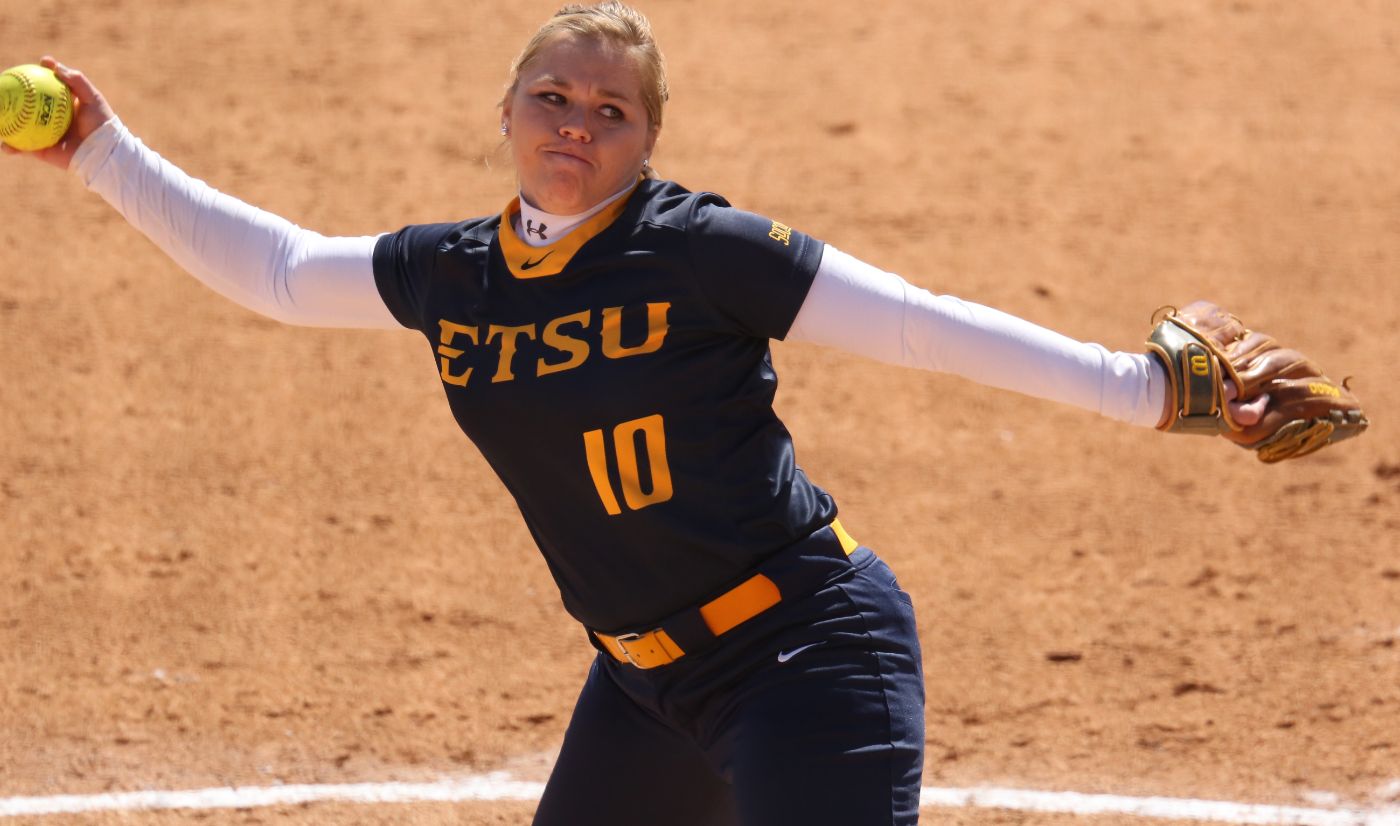 NASHVILLE, Tenn. (Feb. 20, 2016) – After scoring three runs in its first four games, the ETSU softball team exploded for 14 runs in two games Saturday in Nashville en route to a pair of victories over Tennessee State and Northern Kentucky. The Bucs knocked off the Tigers by a score of 9-1 and finished the day off defeating NKU, 5-4. With the pair of wins, ETSU evens its record at 3-3.

Game 1 Recap: ETSU’s 9-1 victory over Tennessee State was a total team effort as every player in the starting lineup notched at least one hit with four of those efforts being multi-hit performances. Kelsey Chernak (Ooltewah, Tenn.) led the Bucs going 2-for-3 with three RBI. Senior Samantha Carpenter (Forest City, N.C.) also had a two-hit day to go along with two runs scored and a stolen base.

As well as the Bucs did in the batter’s box, they did just as well in the circle against the Tigers. ETSU’s pitching staff held TSU to one run on just two hits. Rebecca Wahrmund (Morrilton, Ark.) picked up her first collegiate win after working the first three innings. Kelsey Smith (Tucson, Ariz.) finished the game off tossing two hitless innings for ETSU.

Game 2 Recap: The Bucs’ offense kept rolling in the first inning against Northern Kentucky with three runs on four hits. Despite ETSU adding a pair of runs in the fifth, NKU hung around and chipped away at the deficit. The Norse were in position to tie the game in the bottom of the seventh inning with a runner on second base with one out but Sharlene Godoy (La Puente, Calif.) got the next two batters to preserve the win.

Both Carpenter and Smith notched two hits and drove in two runs against NKU. Seniors Madison Boyd (Chattanooga, Tenn.) and Bethany Cowart (Ringgold, Ga.) also tallied two hits each in the first two spots in the batting order to set the table for ETSU’s offense.

Junior Lindsey Fadnek (Coalfield, Tenn.) picked up her first win in an ETSU uniform after throwing three-and-two-thirds innings with five strikeouts. Additionally, Godoy picked up her second save of the season after pitching a scoreless seventh inning.

Next Up: The Buccaneers wrap up their trip to Nashville Sunday with a game against UL Monroe. First pitch between the Bucs and Warhawks is scheduled for 10:30 a.m.