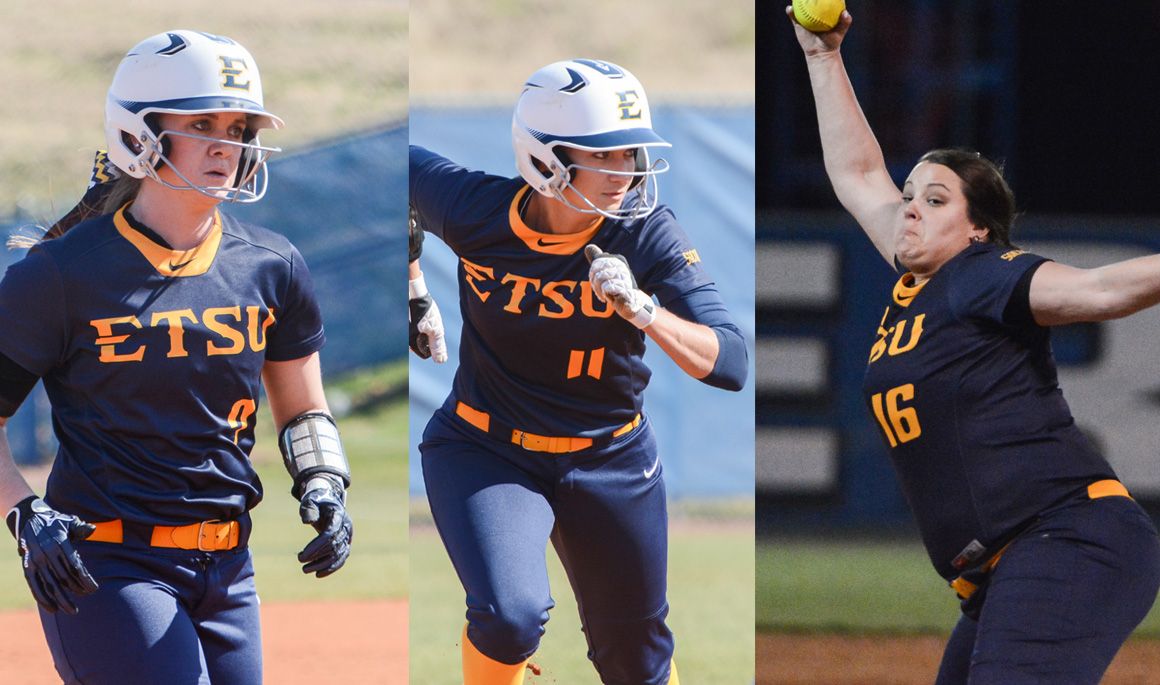 After a 4-1 weekend, three ETSU players are recognized

NASHVILLE, Tenn. (Feb. 22, 2016) – After going 4-1 this past weekend at the Tiger Classic in Nashville, three ETSU softball players were named to the event’s All-Tournament team. Senior Bethany Cowart (Ringgold, Ga.) as well as juniors Taylor Carter (Brazil, Ind.) and Lindsey Fadnek (Coalfield, Tenn.) were all named to the squad following their performances last weekend.

Cowart notched two hits in three of the five games in Nashville. In total, Cowart collected eight hits in 14 at bats for a .444 batting average. The senior outfielder did not commit an error after seeing time in left field and center field over the weekend. Additionally, Cowart led the team with four runs scored and drove in two more.

“Bethany had a really good weekend at the top of our order,” said ETSU Head Coach Brad Irwin. “She came up with some key hits at important times and was seeing the ball well.”

Carter hit .286 with a home run and four RBI at the Tiger Classic. Carter, who started all five games at first base for ETSU, reached base safely in all five games in Nashville. The Brazil, Ind. native also helped out in the circle tossing two perfect innings of relief on Friday.

“Taylor had an aggressive approach at the plate and it showed,” remarked Irwin. “Like Bethany, Taylor was clutch in important moments for us. Taylor also threw two perfect innings Friday, which was also good to see.”

Fadnek, who pitched in four of the five games this weekend, picked up her first two wins in a Buccaneer uniform over the weekend as she got the victory in ETSU’s wins over Northern Kentucky and UL Monroe. In total, Fadnek totaled a 2-1 record with a 1.40 ERA in 10 innings of work to go along with 13 strikeouts.

“Lindsey threw the ball well,” said Irwin. “She did not give up a lot of well hit balls and averaged more than a strikeout an inning. Her performance is encouraging and we hope it can continue.”

Cowart, Carter, Fadnek and the rest of the Bucs will return to action March 4-6 when they host the Buccaneer Classic at Betty Basler Field. ETSU will take on Alabama A&M, Morehead State and Siena during the event.