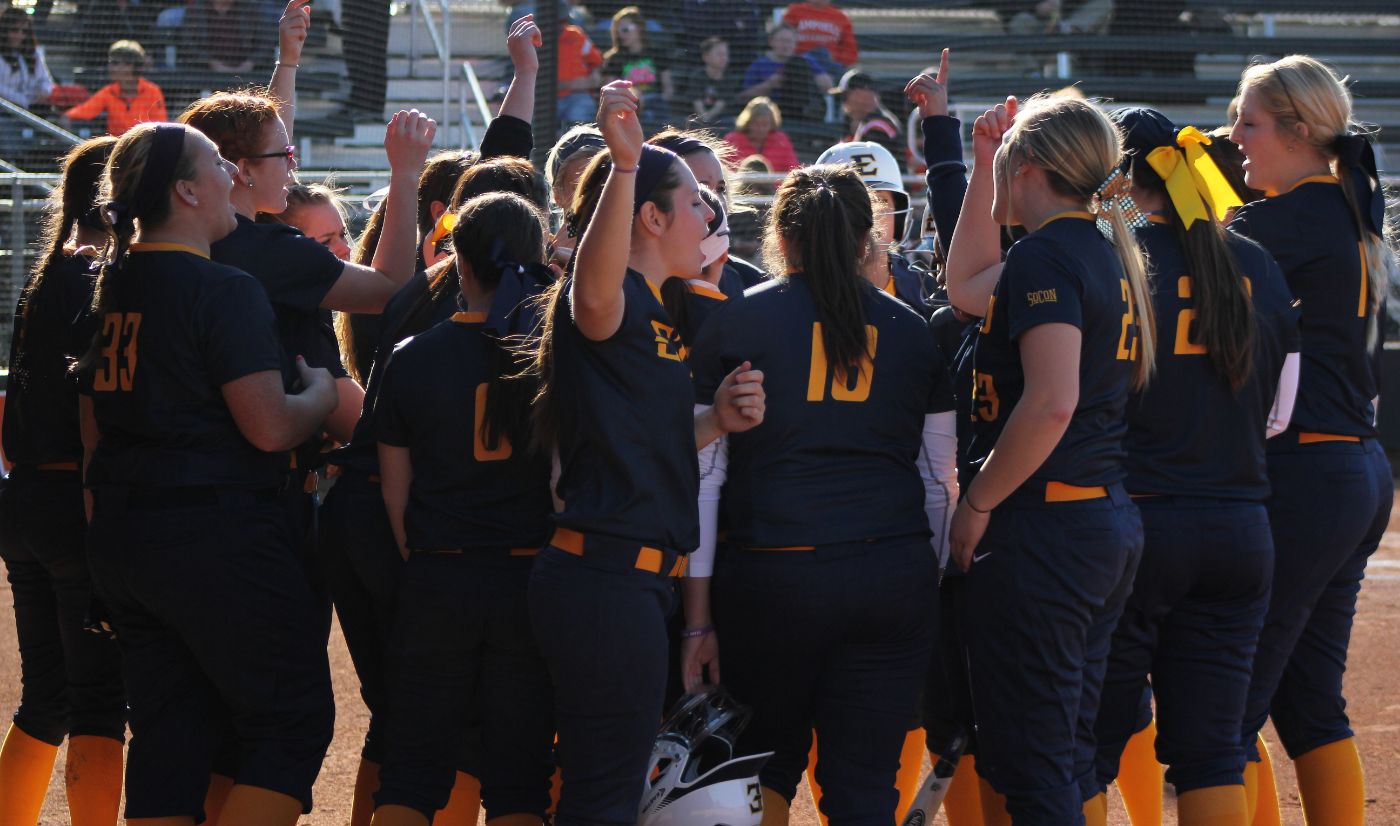 Alabama A&M, Siena and Morehead State will also be competing in the event

JOHNSON CITY, Tenn. (March 3, 2016) – The ETSU softball team will open its home schedule this weekend as it hosts the Buccaneer Classic at Betty Basler Field. The Classic, which is free to pubic, will consist of nine games running Friday through Sunday. In addition to the Bucs, Alabama A&M, Siena and Morehead State will also be competing in the Classic.

The Bucs are 4-3 through seven games this spring, including a 4-1 mark in Nashville two weekends ago. Leading the way offensively for the Bucs is Bethany Cowart (Ringgold, Ga.) who currently leads the SoCon with a .476 batting average. Cowart was named to the Tiger Classic All-Tournament squad after hitting .444 with three multi-hit games in Nashville.

ETSU has also gotten solid production in the circle as Rebecca Wahrmund (Morrilton, Ark.) leads the conference with a 0.95 ERA and Sharlene Godoy (La Puene, Calif.) paces the SoCon with two saves. Collectively, ETSU’s pitching staff boasts a team ERA of 2.28 ranking second among SoCon teams, which is a huge improvement from last season when the team had an ERA of 5.45.

Alabama A&M is still looking for its first win of 2016 as its holds a record of 0-12. Friday’s doubleheader between the Bulldogs and Bucs will be the first ever meetings between the two schools. The Bucs will also be looking for their first ever win over a school from Alabama.

Like ETSU, Siena is hovering right around the .500 mark this season at 5-5. Siena is a very young squad with eight of the 17 players on its roster being freshmen. One of those freshmen, Madysen Cossack, is the reigning MAAC Rookie of the Week. ETSU has never lost to Siena winning all five of the previous meetings. The two schools last met in 2014 for a pair of games and ETSU outscored Siena 13-1 in the two games.

After beginning the season 5-1, Morehead State has hit a bit of a skid as of late dropping its last five games by a combined score of 48-6. Catcher Robyn Leighton has powered MSU’s offense hitting .423 with four home runs and 10 RBI, while Allison Rager has three of the team’s five victories in the circle. ETSU is 8-4 all-time against Morehead State, including a 10-1 victory last season. Three of the Eagles’ victories over the Bucs have been by two runs or less.