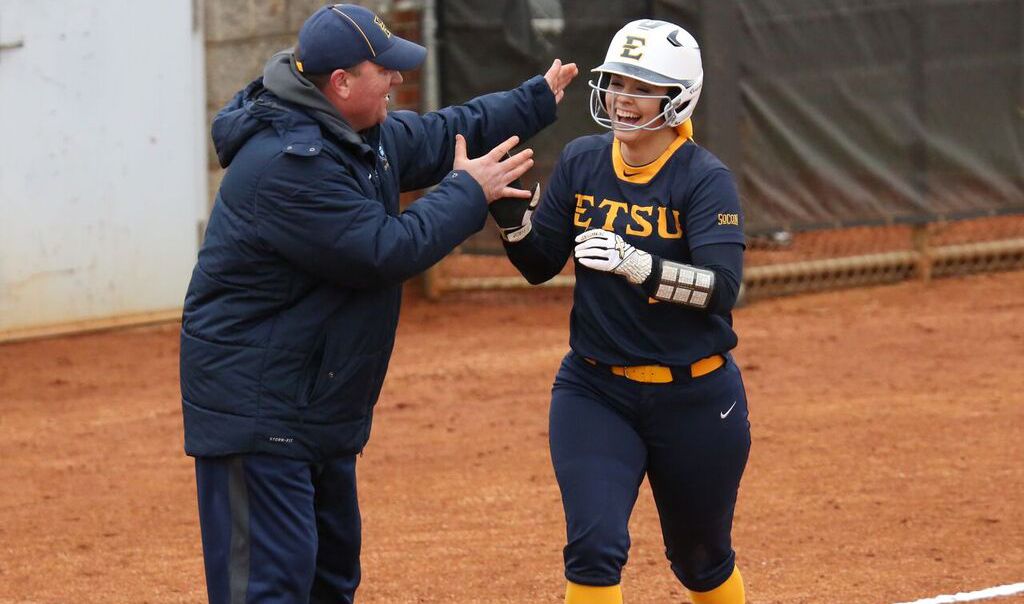 ETSU moves to 5-4 this season with the split

JOHNSON CITY, Tenn. (March 4, 2016) – The ETSU softball team opened the home portion of its schedule Friday and earned a split against Alabama A&M in the opening games of the Buccaneer Classic. The Bucs opened the day by shutting out the Bulldogs, 6-0, but dropped game two by a score of 6-3. With the results Friday, the Bucs move to 5-4 this season.

Game 1 Recap: The Bucs flexed their muscles in the opening game of the day as they launched three home runs en route to a 6-0 win. Kelsey Smith (Tucson, Ariz.) got things going with a two-run blast in the bottom of the first inning. Madison Boyd (Chattanooga, Tenn.) plated three more runs with her first round-tripper of the season in the fourth. Rounding out the power surge for ETSU was a pinch hit solo shot off the bat of Mykeah Johnson (Cohutta, Ga.) in the sixth.

The six-run cushion proved more than enough run support for the Buccaneer pitching staff as it notched its second shutout of the season. Lindsey Fadnek (Coalfield, Tenn.), who started the game for ETSU, got the win to improve to 2-1 after tossing four scoreless innings. Smith picked up the save for the Bucs after striking out seven batters over the final three innings to seal the win.

Game 2 Recap: After being shutout in game one, the Bulldogs found their offensive groove in game two with six runs on nine hits to salvage a split with the Bucs, 6-3. Jordan Bradley kept ETSU’s offense in check allowing three runs on six hits to notch her first win of the season.

The two teams each plated a run in the opening frame and ETSU pulled ahead in the third with a RBI single from Boyd. Unfortunately for ETSU, the Bulldogs put together a pair of two-run innings in the fifth and sixth to put the game out of reach.

Rebecca Wahrmund (Morrilton, Ark.) had a stellar performance in the circle tossing six innings, while allowing just one run. Sharlene Godoy (La Puente, Calif.) was saddled with the loss after allowing three runs and five hits in one inning of work.