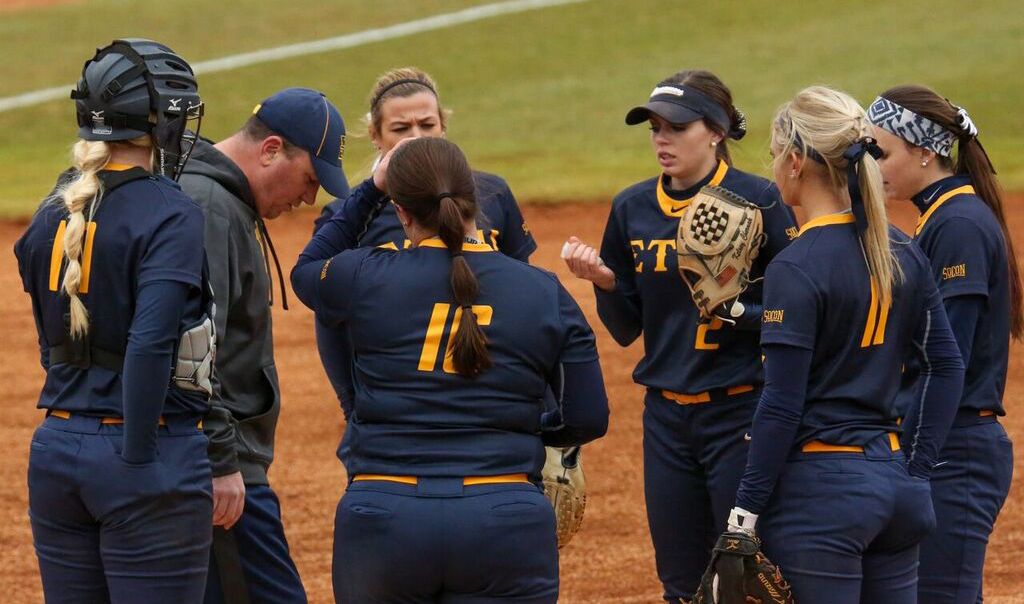 JOHNSON CITY, Tenn. (March 5, 2016) – The ETSU softball team notched victories over Morehead State and Siena at the Buccaneer Classic Saturday. The Bucs started the day off defeating the Eagles by a score of 4-3 in eight innings and followed that up with a 10-4 win over Siena in the second game. With the pair of victories, the Buccaneers improve to 7-4 this season, which is their best start 11-game start to a season since 2010.

Game 1 Recap: The Bucs rallied from an early two-run deficit to pick up their first extra inning victory of the season over Morehead State, 4-3. Lindsey Fadnek (Coalfield, Tenn.) struck out a career-high 14 batters in eight innings of work. Fadnek’s 14 strikeouts, which is the third-most by an ETSU pitcher in program history, kept the Eagles’ bats at bay until senior Bethany Cowart (Ringgold, Ga.) came through with a RBI single plating Jayci McGill (Papillion, Neb.) in the bottom of the eighth inning.

Game 2 Recap: Much like the first game of the day, the Bucs fell behind early, but rallied to pick up their second straight win. Siena scored the game’s first run in the second, but the Bucs answered with six runs in the fourth. The Saints cut the deficit to 6-4 in the fifth, but ETSU came back with four runs of its own in the bottom half of the inning to seal the 10-4 win.

Five Bucs tallied multi-hit games, including Taylor Carter (Brazil, Ind.) and Carpenter who both had three-hit games. Boyd continued to swing a hot bat for ETSU driving in three of the team’s 10 runs and Carter and Knoetze both homered for ETSU.

Next Up: The Bucs will close out the Buccaneer Classic Sunday against Siena. First pitch is scheduled to be around noon. Two other games will be take place at Betty Basler Field Sunday as Siena will take on Morehead State at 10 a.m. and Alabama A&M will take on MSU around 2 p.m.