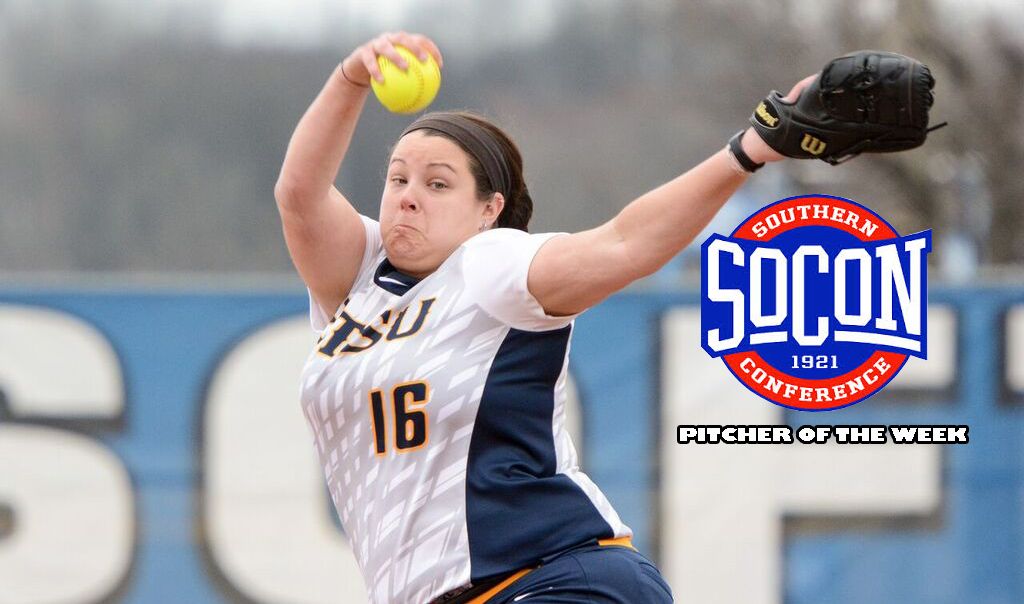 The Coalfield, Tenn. native picks up the program’s first weekly honor since 2009

“Lindsey had a very good weekend,” said ETSU Head Coach Brad Irwin. “It is good to see her rewarded as SoCon Pitcher of the week and we look for her to build on the success she had this past weekend."

Fadnek garnered pitcher of the week honors after striking out 21 batters in 14 innings at last weekend’s Buccaneer Classic. The junior from Coalfield, Tenn. posted a 1.50 ERA and went 2-0 on the weekend.

On Friday, she allowed two hits and struck out four batters over four innings of work to pick up a victory in the Bucs’ 6-0 shutout of Alabama A&M. Fadnek then pitched eight innings, giving up three hits and fanning a career-high 14 batters in a 4-3 victory over Morehead State Saturday. Her 14 strikeouts marked the third most in a game in program history.

Fadnek and the rest of the Bucs will return to the field this weekend as they compete in the Tennessee Tech Tournament. ETSU will take on Kennesaw State and Tennessee Tech one time each on Saturday and Sunday. Start times for the games Saturday are slated for 2 and 4 p.m., while Sunday’s games are scheduled to begin at noon and 4 p.m.