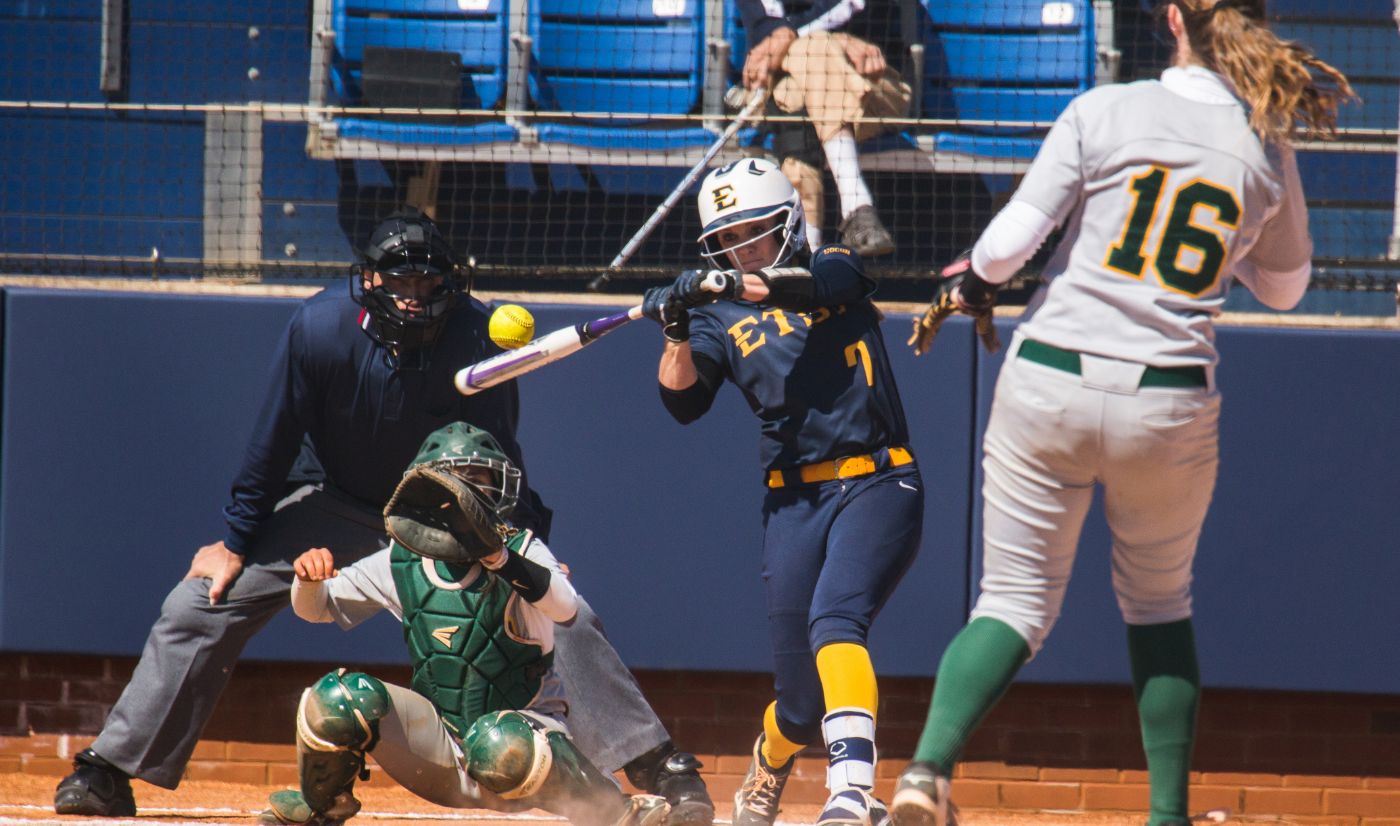 ETSU will take on Kennesaw State and Tennessee Tech twice each

Kennesaw State: The Owls, who are 12-6 so far this season, are led offensively by the duo of Missy Perkowski and Courtney Sutter. Perkowski is hitting .385, while Sutter is hitting .315 and is the team’s top home run threat with five. In the circle, Logan Viers and Morgan Sikes have won five games each and have ERAs lower than 1.70.

Tennessee Tech: TTU comes into the weekend with a 5-13 overall record. The Golden Eagles, who have not played a home game yet this season, have a team batting average of .227 and a team ERA of 7.07. Tennessee Tech’s top player through the early going has been Danielle Liberatore who has struck out 59 batters in 39 innings.

The Bucs and Owls met earlier this season in Kennesaw, Ga. and KSU came out victorious, 4-2. With the win, Kennesaw State holds an all-time record of 16-4 against the Bucs.

Despite trailing in the all-time series against Tennessee Tech, 6-15, the Bucs have won three of the last four in the series. In Cookeville, however, the Golden Eagles have won seven of the eight meetings.

Following options for the weekend

Fans will be able to follow the action in Cookeville on multiple platforms this weekend. All four games will have live stats available and they can be found on the Bucs’ schedule page. Additionally, all games will be streamed on the OVC Digital Network and as always follow @ETSUSoftball on Twitter for in-game updates.