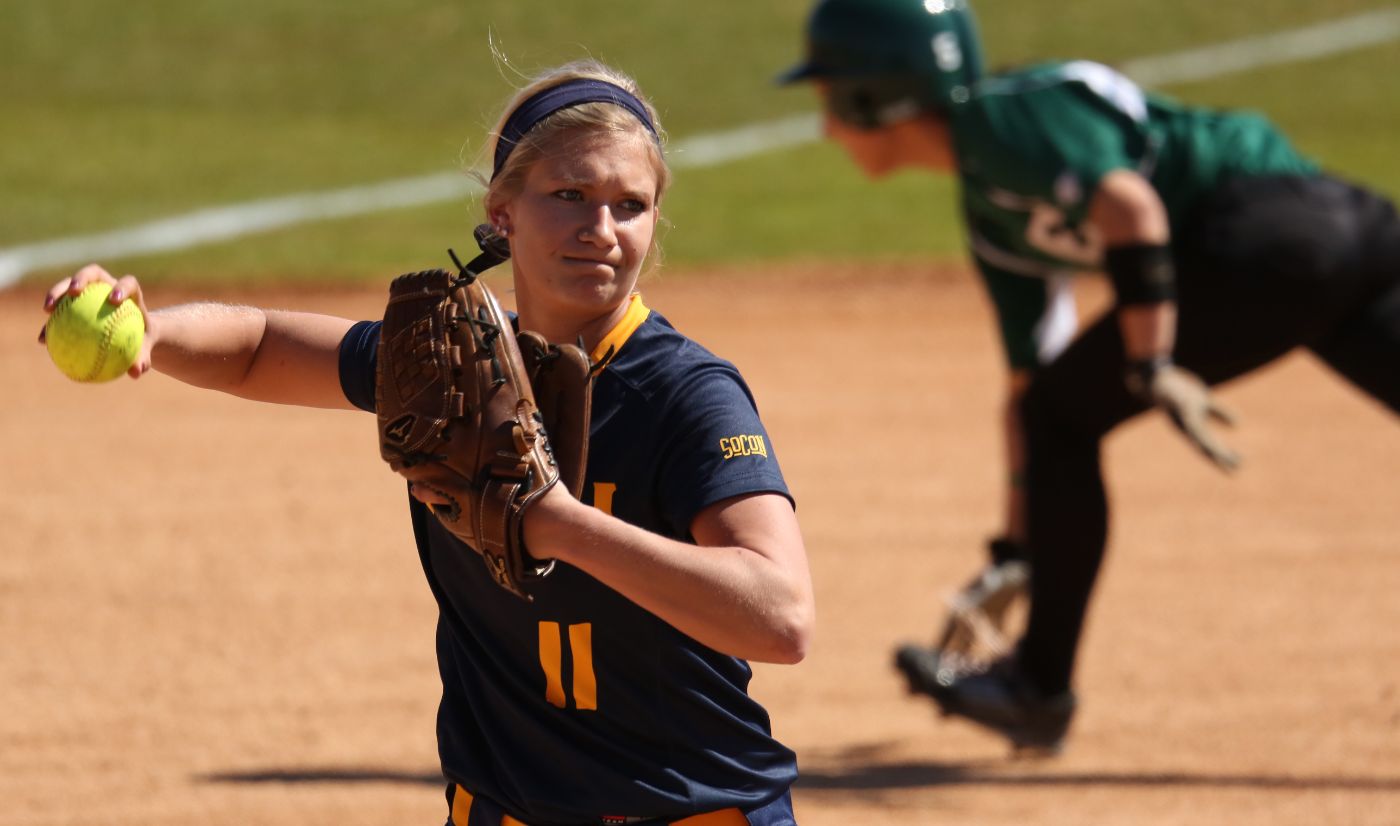 COOKEVILLE, Tenn. (March 13, 2016) – A day after dropping a 4-2 decision to the ETSU softball team, Kennesaw State rebounded to knock off the Bucs Sunday winning in a slugfest, 7-6. The Bucs finished off the weekend trip to Cookeville, Tenn. with a 1-2 record and move their record to 8-7 overall.

Kennesaw State jumped on ETSU early getting out to a 3-0 lead. The Bucs quickly erased the deficit, however, with a pair of home runs off the bats of Taylor Carter (Brazil, Ind.) and Samantha Carpenter (Forest City, N.C.). Carter’s home run, which was a solo blast, was her 17th in her ETSU career moving her into fifth place on ETSU’s all-time home run list.

The Owls regained the lead in the top of the fourth with a two-run triple by Kara Chambers. KSU’s lead quickly evaporated, however, in the bottom half of the frame as ETSU scored a pair of runs on an error by the Owls’ shortstop to tie the score at five a piece.

KSU took the lead for good scoring a pair of runs without a hit in the top of the sixth. The Owls used a walk, two fielder’s choices, three stolen bases and a wild pitch by ETSU to pull ahead 7-5.

ETSU cut into the deficit in the bottom of the seventh with back-to-back doubles by Madison Boyd (Chattanooga, Tenn.) and Danielle Knoetze (San Diego, Calif.) to move the score to 7-6. Following the two doubles, the Bucs had the go ahead run at the plate with no outs but could not tie the game as the Owls held on for the 7-6 victory.

Carter started in the circle for the Bucs and allowed four runs on six hits in four innings. Kelsey Smith (Tucson, Ariz.) was hit with the loss despite allowing just one hit in three innings. With the loss, Smith’s record moves to 0-2.

Next Up: The Bucs will return home next weekend for a pair of doubleheaders against two different opponents. ETSU will host Gardner Webb in a double dip Saturday with start times scheduled for 1 and 3 p.m. Following their matchup with the Runnin’ Bulldogs, the Bucs will welcome another set of Bulldogs to Betty Basler Field Sunday as they will take on South Carolina State in a twin bill with the games slated to begin at noon and 2 p.m.