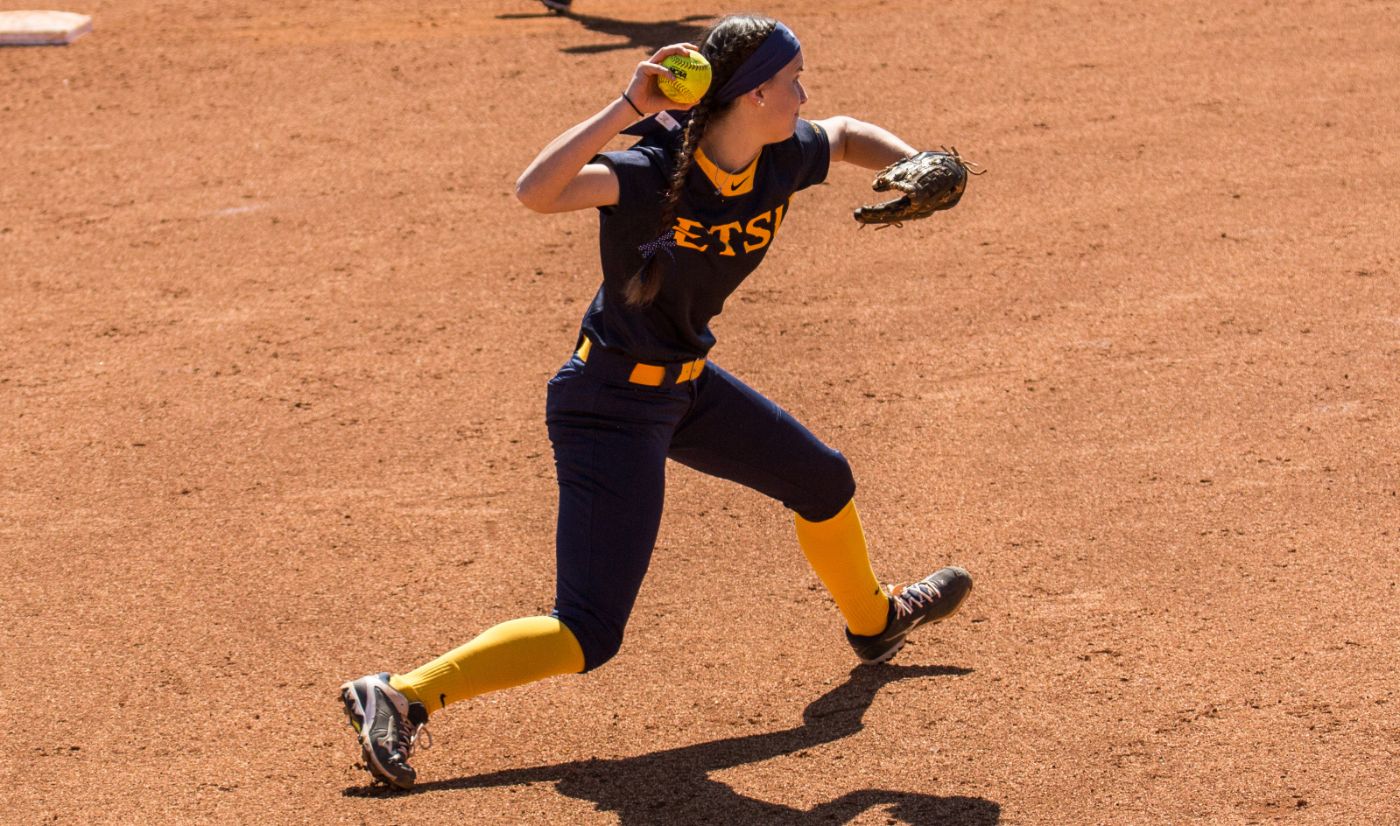 SPARTANBURG, S.C. (March 22, 2016) – After a pair of postponements, the ETSU softball team will return to action Wednesday when it travels to take on USC Upstate in a doubleheader. The twin bill between the Bucs (8-7 overall) and the Spartans (25-4 overall, 2-1 A-Sun) is scheduled to begin at 4 p.m. from Cyrill Stadium.

17 – With a solo home run Sunday against Kennesaw State, Taylor Carter moved into fifth place on ETSU’s all-time home run list. The Brazil, Ind. native’s next long ball will pull her into a tie for fourth place with former Buc Danielle Spetar.

3 – Sophomore Kelsey Smith (Tucson, Ariz.) is sixth in the nation with three saves so far this spring. Despite having nearly two months left in the season, Smith’s three saves is tied for fifth-most in a single season by an ETSU pitcher.

The 24-4 Spartans, who are receiving votes in the latest USA Today/NFCA Coaches’ Poll, enter Wednesday’s doubleheader against ETSU with a 15-2 record at home. USC Upstate has a team batting average of .327, while holding opponents to a .209 average. Amy Szymanowski and Ryan Rector lead the way for the Spartans offense with 10 and 11 home runs, respectively.

In the circle, the Spartans have relied heavily on the duo of Holly McKinnon and Amanda Storch. McKinnon leads the squad with a 15-1 record and a 1.92 ERA in 106 innings pitched, while Storch is 6-1 with a 1.94 ERA in 46 innings.

USC Upstate has won 14 of the 18 all-time meetings against the Bucs. ETSU’s last win in the series came on April 24, 2013 by a score of 3-2. The Buccaneers have defeated the Spartans once in Spartanburg and that was on March 24, 2008.

Both games of Wednesday’s doubleheader will have live stats and streamed online. Both links can be found on the Bucs’ schedule page. Fans can also follow @ETSUSoftball on Twitter for in-game updates.