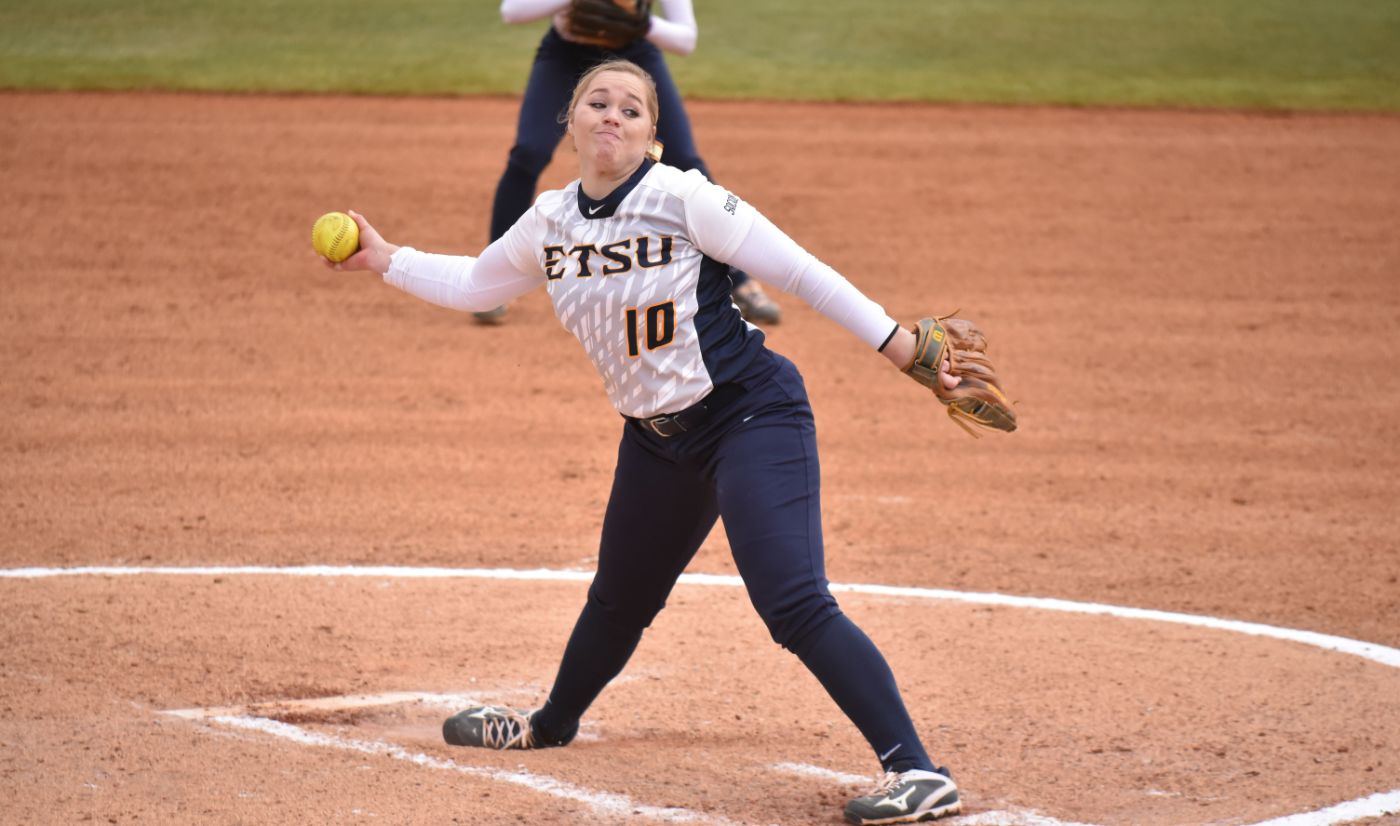 ETSU’s record dips below the .500 mark with the losses

SPARTANBURG, S.C. (March 23, 2016) – The ETSU softball team dropped a pair of close games to USC Upstate Wednesday afternoon by scores of 3-2 and 3-0. USC Upstate, which was receiving votes in the national polls this week, moves its record to 27-4 this season, while the Bucs’ record dips below the .500 mark to 8-9.

Game 1 Recap: ETSU had the tying and go ahead run in scoring position with one out in the seventh inning, but USC Upstate’s Holly McKinnon retired the next two hitters to preserve the 3-2 win for the Spartans.

Both of the Bucs’ runs came via a two-run home run by Taylor Carter (Brazil, Ind.) in the top of the fourth inning. With the home run, Carter not only tallied her team-leading fifth home run of the spring but also moved into a tie for fourth place on ETSU’s all-time home run list with former Buc Danielle Spetar with 18 long balls.

Carter, who went 2-for-3 in game one, was not the only Buc to have a multi-hit game as senior Bethany Cowart (Riggold, Ga.) went 2-for-4 at the plate with a double. Chattanooga natives Madison Boyd and Cassi Pickett notched the other two hits for ETSU in the contest.

Junior Lindsey Fadnek (Coalfield, Tenn.) was tagged with the loss after surrendering all three of the Spartans’ runs in three-and-one-third innings of work. With the loss, Fadnek’s record dips to 5-2. Sophomore Kelsey Smith (Tucson, Ariz.) came in to relieve Fadnek and lowered her team-leading ERA from 1.40 to 1.24 with two-and-two-thirds scoreless innings.

Game 2 Recap: USC Upstate scratched across a run in the bottom half of the first inning and that proved to be all the offense it needed as it took game two from ETSU, 3-0. USC Upstate’s Holly McKinnon improved to 16-1 this season after allowing just two hits with seven strikeouts. Danielle Knoetze (San Diego, Calif.) and Samantha Carpenter (Forest City, N.C.) accounted for ETSU’s hits.

ETSU’s starting pitcher Rebecca Wahrmund (Morrilton, Ark.) kept the team in the game tossing four innings, while allowing three runs (one earned). Despite Warhmund’s effort, she was given her first loss of 2016 moving her record to 2-1. Sophomore Madison Ogle (Maryville, Tenn.) pitched the final two innings for the Bucs and allowed just two hits over the final two frames.

Next Up: The Bucs, now 8-9 overall, will open Southern Conference play Friday at Betty Basler Field against Western Carolina. ETSU will take on the Catamounts in a doubleheader Friday and will play a single game Saturday. First pitch is scheduled for 4 p.m. Friday and 1 p.m. Saturday.