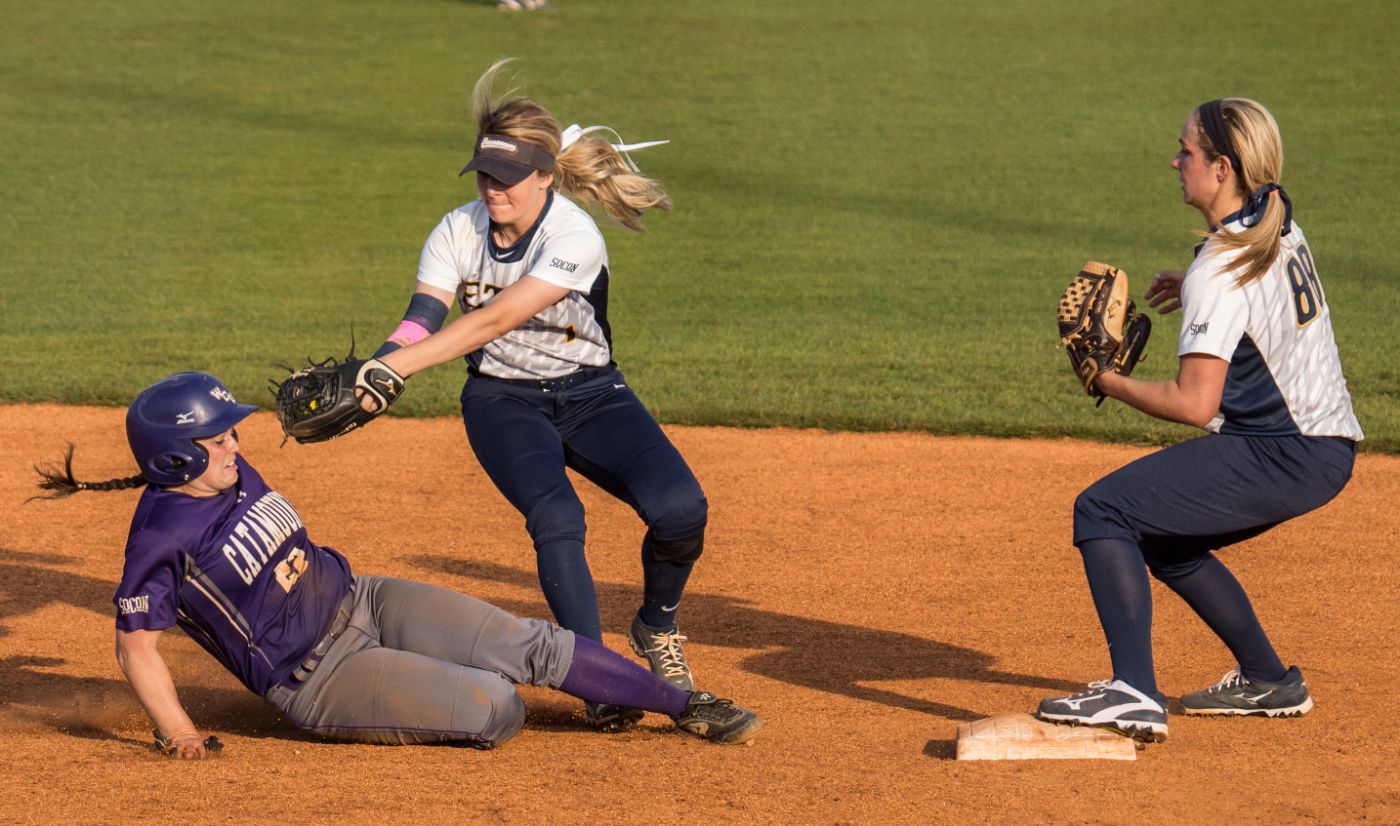 JOHNSON CITY, Tenn. (March 25, 2016) – Western Carolina knocked off the ETSU softball team twice Friday afternoon at Betty Basler Field by scores of 14-7 and 4-0. With the results Friday, the Bucs begin conference play with a 0-2 record and move to 8-11 overall.

Game 1 Recap: ETSU started fast against the Catamounts racing out to 6-1 lead through two innings, but Western Carolina scored 14 of the next 15 runs to come back and defeat the Bucs, 14-7. The seven runs by ETSU is most the team has scored in a defeat this season.

The Bucs’ fast start was due in large part to a pair of home runs off the bats of Kelsey Smith (Tucson, Ariz.) and Cassi Pickett (Chattanooga, Tenn.). The two round-trippers by Smith and Pickett plated three and two runs, respectively. Pickett also plated a run with a double in the fourth and Jayci McGill (Papillion, Neb.) knocked in the other Buccaneer run.

Junior Lindsey Fadnek (Coalfield, Tenn.), who started in the circle for ETSU, received a no-decision after allowing six runs on four hits in four innings of work. The loss was given to Kelsey Smith (Tucson, Ariz.) who allowed eight runs on 10 hits in three innings. Smith’s record dips to 0-3 with the defeat.

Game 2 Recap: After 21 runs were scored in the first game between the two teams, there was only four runs scored in game two and unfortunately for ETSU all were by Western Carolina. WCU starter Courtney Buchanan struck out 10 Buccaneer hitters en route to a four-hit shutout.

Senior Bethany Cowart (Ringgold, Ga.) collected two of the four hits for the Bucs, while Malloree Schurr (Montgomery, Texas) made her first start of the season and smacked a double in her return to the diamond.

Rebecca Wahrmund (Morrilton, Ark.) was tagged with the loss after allowing all four Catamount runs, which moves her record to 2-2. The Bucs did, however, receive a stellar relief outing from Madison Ogle (Maryville, Tenn.) tossing four scoreless innings with three strikeouts.

Next Up: ETSU and WCU will matchup again Saturday in the final game of the three-game set. First pitch is scheduled for 1 p.m. at Betty Basler Field.