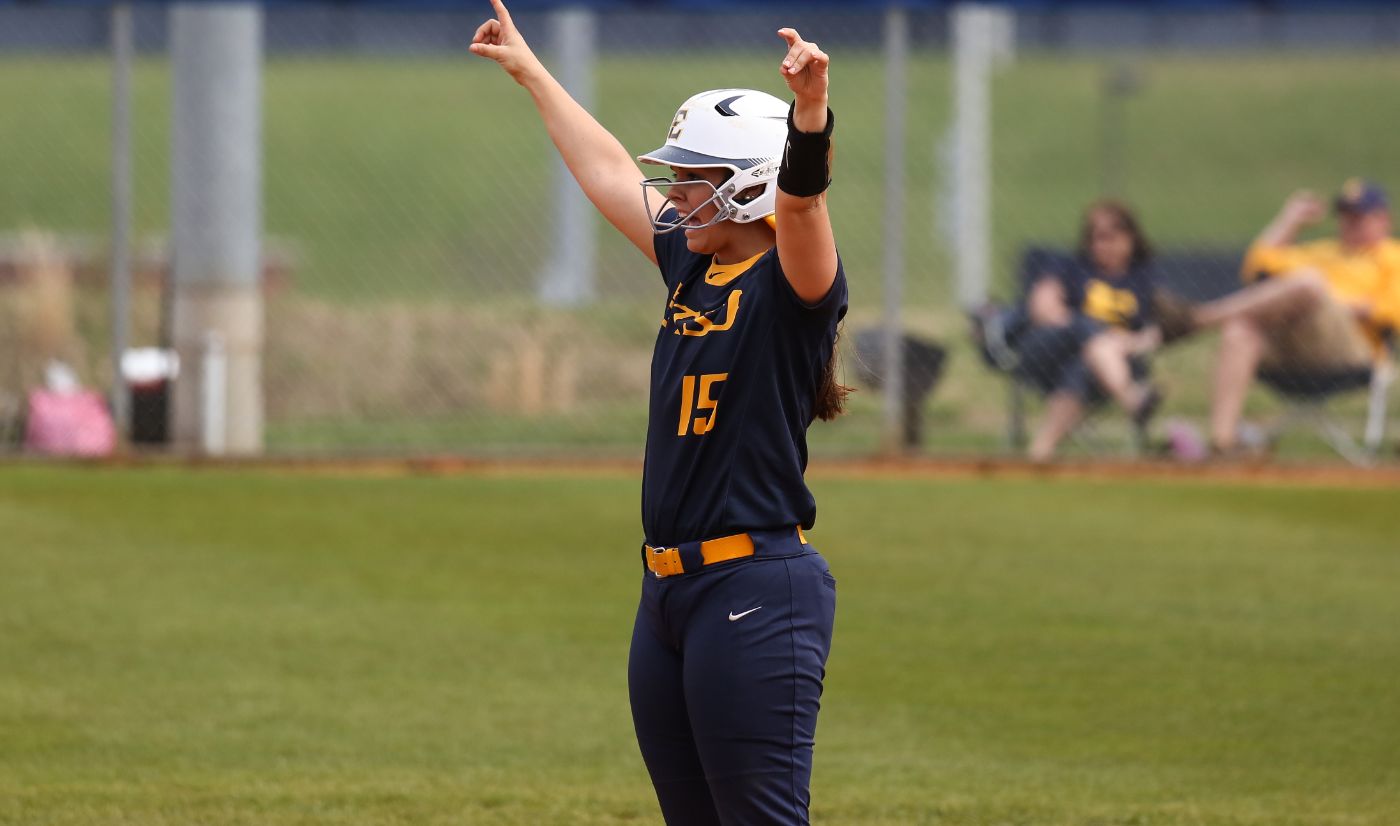 Bucs pick up their first conference victory in dramatic fashion

JOHNSON CITY, Tenn. (March 26, 2016) – Senior Madison Boyd (Chattanooga, Tenn.) hit a walk-off home run in the bottom of the ninth inning to carry the ETSU softball team to an 8-7 victory over Western Carolina Saturday afternoon at Betty Basler Field. It is the second walk-off win for the Bucs this season and the first walk-off home run for the team since March 30, 2014 when Mykeah Johnson (Cohutta, Ga.) hit a solo shot to defeat Northern Kentucky.

“It feels good to get that first conference win out of the way,” said ETSU Head Coach Brad Irwin. “The girls fought and battled the entire game, which is something we have been talking about as a team. We manufactured some runs to tie the game in the seventh and Madison came through with a huge hit to end it. Hopefully we can take this momentum into our games next week.”

The Bucs started fast Saturday getting out to a 5-0 lead on the Catamounts by virtue of three home runs by Tiffany Laughren (Erwin, Tenn.), Danielle Knoetze (San Diego, Calif.) and Kelsey Smith (Tucson, Ariz.). The long ball by Laughren was the first of her career, while Smith’s pulled the sophomore into tie for seventh place on ETSU’s all-time home run list with 15.

Western Carolina would not go away quietly, however, as its scored four in the fifth, one in the sixth and two in the seventh to pull ahead of ETSU, 7-5. Following the rally by the Catamounts, the Bucs were quick to answer as they tied the game in the bottom half of the inning with a two-run single by Smith.

The two teams played to a scoreless eighth inning and junior Taylor Carter (Brazil, Ind.) tossed a scoreless top half of the ninth before Boyd ended the game with her third home run of the season in the bottom half.

Carter picked up her first win of the season and 20th of her career after pitching four-and-one third innings in relief of starter Madison Ogle (Maryville, Tenn.). Carter, who allowed two runs in her relief outing, moved into a tie for fifth place on ETSU’s all-time wins list with former Buc Mary Catherine Vercoe with those 20 victories.

Next Up: The Bucs, now 9-11 overall and 1-2 in the SoCon, will return to action Wednesday with a doubleheader at Radford. The first pitch between ETSU and the Highlanders is scheduled for 3 p.m.