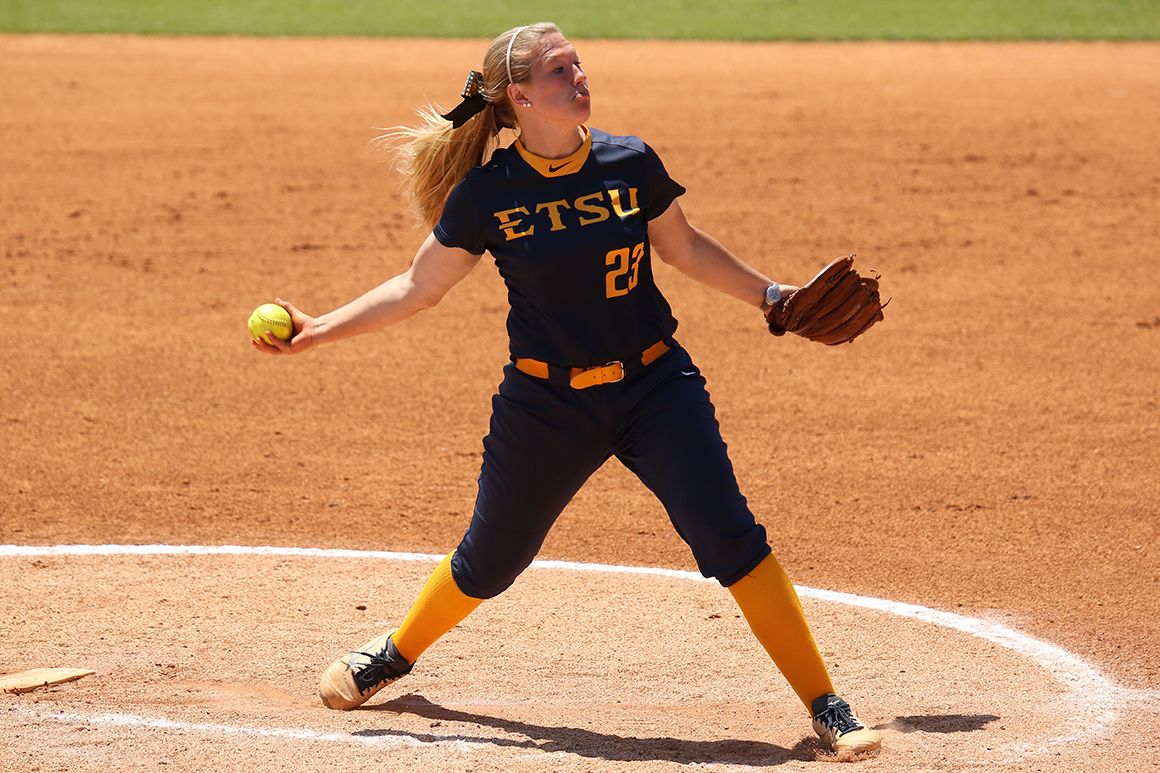 RADFORD, Va. (March 30, 2016) – The ETSU softball team won game one of its non-conference doubleheader at Radford Wednesday, 4-2, but dropped game two by a score of 9-3. The win in game one gave ETSU its tenth victory on the season and moved its record to 10-12 overall.

Game 1 Recap: After being held to one run over the first six innings, the Bucs exploded for three runs in the top of the seventh to clinch a 4-2 victory in game one. Sophomore Madison Ogle (Maryville, Tenn.) picked up her first victory of 2016 after posting her best pitching performance of the spring.  Ogle, who posted a season-high four strikeouts in the win, pitched seven innings and allowed just two runs on five hits in the contest.

ETSU’s offense outhit Radford in game one, 10 to five. Bethany Cowart (Ringgold, Ga.) and Madison Boyd (Chattanooga, Tenn.) both posted two-hit performances batting in the top two slots in ETSU’s batting order. Additionally, Cowart drove in two of the Bucs’ runs with a double in the seventh. Malloree Schurr (Montgomery, Texas) also tallied two hits for the Bucs, while driving in a run and scoring another.

Game 2 Recap: Radford stole six bases and hit three home runs en route to a 9-3 victory over the Bucs in game two. ETSU did post 10 hits against the Highlanders’ pitching staff. It is the third straight game that the Bucs have totaled double digits in the hit column.

Leading the way for ETSU’s offense were Cassi Pickett (Chattanooga, Tenn.) and Tiffany Laughern (Erwin, Tenn.) who both notched two hits. Cowart hit the Bucs’ lone home run in the game with a solo shot in the third. It was Cowart’s first home run of the season.

Next Up: The Bucs will return to conference action this weekend as they head to Greenville, S.C. for three games at Furman. ETSU and Furman will play a doubleheader Saturday with game one beginning 1 p.m. and will wrap up the three-game set Sunday at 1 p.m.